Each year, alcohol and drug rehab facilities near Allentown, Pennsylvania, help more than 1,000 people begin lives without substances of abuse. Support groups and other organizations in Lehigh County are available to help people find treatment and recover from addiction.

Lehigh County is home to inpatient and outpatient facilities that treat people with substance use disorders. Most of the facilities are in Allentown, but other rehab centers in Bethlehem and Fountain Hill are within driving distance. Individuals can also seek peer support from Alcoholics Anonymous or Narcotics Anonymous. Recovery meetings are held throughout Lehigh Valley during any time of day, every day of the week

Multiple programs in Lehigh County attempt to identify individuals at high risk for substance abuse problems or relapse and connect them with appropriate resources. The programs aim to prevent and treat substance use disorders.

The schools host various prevention and educational programs throughout the year to raise awareness about alcohol and other drugs on campus. They also provide basic assessments for substance abuse or other mental health disorders. 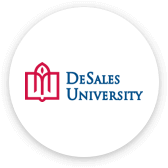 The Counseling Center at DeSales University in Center Valley provides short-term individual and group counseling for students with alcohol or drug issues. The center also refers students to support groups or rehab facilities in the community.

The university also has numerous prevention, awareness and support activities, including:

Looking for Help in Your Area?

There are several ways to have fun in Allentown, whether you’re attending rehab or you’re in long-term recovery. The city has numerous indoor and outdoor recreational activities that are available throughout the year. 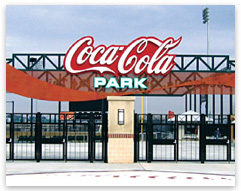 Sporting arenas and locations in Allentown include: 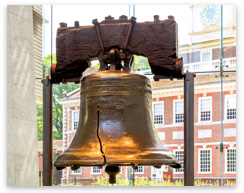 Interesting museums and cultural centers include: 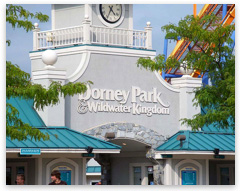 Other outdoor activities and sites include:

Drug Use and Treatment Admissions Trends in Lehigh County

In a 2016 poll conducted by the Morning Call newspaper and Muhlenberg College, 43 percent of Lehigh Valley residents said they personally knew someone with a heroin or other opioid addiction.

“That tells you this epidemic — and it is an epidemic — has reached the public consciousness,” Chris Borick, director of Muhlenberg College’s Institute of Public Opinion, told the Morning Call. “They’re seeing it … And in many cases, they’re experiencing it.”

More than 1,000 people sought treatment for substance abuse issues in Lehigh County in 2015. Of those admissions, 708 were for drug abuse and 313 were for alcohol abuse, according to the 2015 Pennsylvania State Coroners Association Drug Report.

A total of 115 people died drug-related deaths that year, up from 88 in 2014. The majority of deaths occurred between 8 a.m. and 4 p.m., but no particular weekday was associated with significantly more drug deaths than another.

The coroner’s report did not list specific drugs at the county level, but it did categorize drugs into groups.

In 2015, the most common drug types involved in drug-related deaths in Lehigh County were:

It was impossible to determine whether the prescription drugs found in the toxicology reports were legally prescribed or obtained illegally.

Middle school and high school students in Lehigh County used alcohol more than any other drug during the past six years, according to the 2015 Pennsylvania Youth Survey. However, lifetime and past 30-day use of alcohol dropped significantly among Lehigh County youth between 2011 and 2015. Youth use of marijuana, cigarettes and inhalants also declined during the same time frame.

In 2015, rates of lifetime use of the most commonly used drugs were:

Nonprofit and government-assisted organizations in Allentown and neighboring communities strive to prevent alcohol and other drug problems through education and awareness activities.

Before the 2016 National Drug Take Back Day, Allentown Health Bureau Injury Prevention Manager David Synnamon issued a statement on the impact drug take-back programs can have.

“Taking the simple step of cleaning out your medicine cabinet of old and unwanted prescriptions and over-the-counter medicines can significantly reduce the possibility of an accidental poisoning or intentional misuse by a family member or visitor to your home,” Synnamon said.

With county assistance, the Valley Youth House provides alcohol and drug prevention services to children and teens. The services are presented through classrooms or community programs, and some services use creative activities such as dance.

The Lehigh Valley chapter of Student’s Against Destructive Decisions is composed of students in Lehigh and Northampton counties. The students provide peer support and educational activities on substance abuse and other high-risk behaviors to encourage teens to pursue healthy lifestyles. The chapter receives technical assistance from Valley Youth House.