The criminal justice system plays a unique role in helping people affected by alcohol or drug abuse. Courts can influence offenders by requiring participation in mental health or substance abuse treatment. The requirements of court-ordered addiction treatment vary depending on the severity of a person’s addiction, and authorities say mandated treatment is effective.
TreatmentCourt Ordered Rehab
Topics on this Page
Topics On this page
Author: Chris Elkins, MA | Last Updated: 2/27/20 | 13 sources

Activists and health care professionals across the country have been trying to convince policymakers that addiction isn’t a law enforcement issue for years. They argue that drug abuse is a public health issue, and legislators should support efforts to promote access to treatment instead of incarcerating users.

The problem becomes complicated when people who use drugs engage in criminal activity. Minor possession of illicit drugs may not warrant long prison sentences, but drug trafficking and related violence might.

It’s a complex issue because people who commit crimes often deserve punishment, but many of them also require addiction and mental health treatment. The National Council on Alcoholism and Drug Dependence (NCADD) estimates that 50 percent of state and federal prisoners meet the clinical criteria for a substance use disorder, but only 20 percent receive substance abuse treatment.

In May 2016, 46 percent of all federal inmates in the country were serving sentences for drug-related convictions.

It’s also estimated that 95 percent of inmates consume alcohol or other drugs after leaving confinement, and between 60 and 80 percent commit a drug-related crime after being released.

Treatment to prevent future alcohol or drug use is an effective way to break the cycle, according to decades of research by the National Institute on Drug Abuse. That’s why courts offer alternatives to confinement or less severe sentences to individuals who agree to complete addiction treatment programs.

Looking for a treatment?

What are drug courts?

Almost any court of law can require drug-related offenders to participate in educational or rehabilitative programs. But several jurisdictions have created specialized courts designed to improve outcomes for defendants accused of drug-related crimes.

Drug courts provide a comprehensive therapeutic experience from the time after a person’s arrest to the time he or she completes all of the requirements of parole or probation. Court-ordered treatment allows people convicted of drug-related crimes to receive treatment for a substance use or mental health disorder.

“Instead of locking people away, these programs give them an opportunity to engage in evidence-based treatment,” Chris Deutsch, director of communications for the National Association of Drug Court Professionals, told DrugRehab.com. “Drug court holds people accountable while connecting them to lifesaving treatment.”

A treatment team composed of a judge, lawyers, case managers, health providers and therapists works with the defendant to provide effective treatment and ensure legal compliance.

The members of the team remain in regular communication. They encourage support from family members and friends during hearings, therapy and discharge.

Programs recognize that relapse is a common aspect of the recovery process, but they can’t turn a blind eye to continued alcohol and drug use. Courts impose consequences for failed alcohol or drug tests. The consequences increase in severity with repeated noncompliance.

Drug courts differ in the resources they provide and the populations they’re designed for.

Types of drug courts include:

Other courts have specialized programs for defendants with a history of driving under the influence, exposure to military combat or mental health issues. 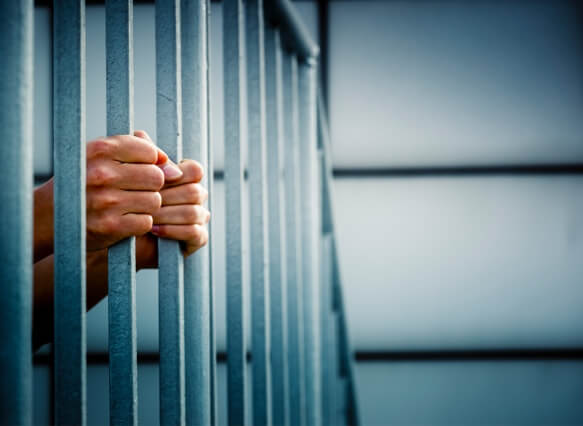 Forcing someone to abstain from alcohol or drug use through incarceration doesn’t cure addiction. It may force them to detox from the substances, but it doesn’t teach them to avoid relapse or prepare them for life without drugs when they’re released.

In fact, forced abstinence can be dangerous for people with severe substance use disorders. Untreated withdrawal from alcohol or benzodiazepines can be deadly.

Common treatment services provided by correctional programs include intensive supervision, day reporting, vocational education and work release, according to a 2007 study published in the Journal of Substance Abuse Treatment.

Courts can also order offenders to complete drug rehab programs, to be tested for alcohol or drugs, and to participate in support group meetings. These requirements can be completed during incarceration, or they can be required during probation or a stint at a halfway house.

Who Can Courts Order to Attend Rehab?

Examples of drug-related crimes include:

Each state and jurisdiction differs in its criteria for participation in drug courts.

An offender’s low motivation should not deter courts from ordering treatment. A number of behavioral therapies, such as motivational enhancement therapy, are designed to encourage a patient’s desire to seek help. 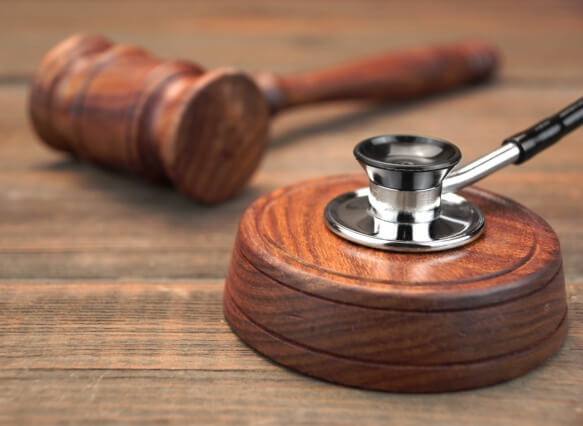 Can You Refuse Court-Ordered Rehab?

Court-ordered rehab is usually offered as an alternative to imprisonment, as a parole requirement or as a probationary requirement. Individuals offered treatment can usually deny it and choose a longer jail sentence or even harsher legal penalties.

The only time an offender can refuse court-ordered treatment and not face additional punishment is if the treatment violates his or her constitutional rights.

More than 20 cases have upheld a person’s right to refuse treatment on religious grounds.

Examples of cases in which appellate courts ruled that the criminal justice system was not allowed to order religiously-based treatment include:

Most rulings cite Justice Anthony Kennedy’s opinion in Lee v. Weisman when he wrote that: “It is beyond dispute that, at a minimum, the Constitution guarantees that government may not coerce anyone to support or participate in religion or its exercise.” 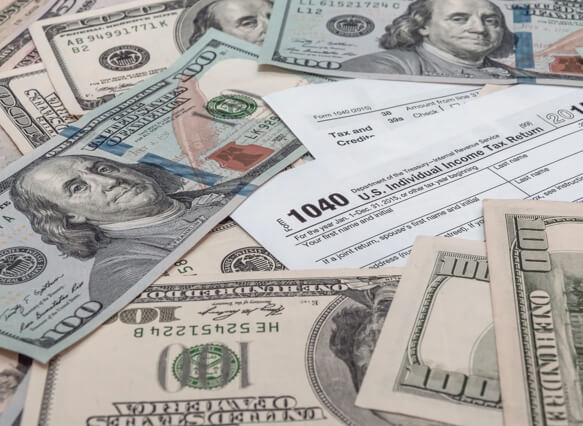 Who Pays for Court-Ordered Treatment?

Illicit drug abuse cost the United States more than $193 billion in 2007, according to a 2011 analysis by the National Drug Intelligence Center. The costs to the criminal justice system — including law enforcement, judicial and correctional costs — totaled $56 million. The majority of those costs fell on the U.S. taxpayer.

While taxpayers bear the brunt of many drug-related criminal justice costs, defendants pay for their own treatment the majority of the time. The cost of rehab is dependent on the facility, the type of treatment program and the length of treatment. It can range from $5,000 to $30,000.

If time in a halfway or sober living house is required, the resident will almost always have to pay the costs of rent and other bills. Support group meeting attendance is free, but the offender will usually have to pay costs of transportation. Most offenders pay for treatment with the help of insurance.

Illicit drug abuse cost the United States more than $193 billion in 2007, according to a 2011 analysis by the National Drug Intelligence Center.

Ready to Make a Change?

Get help with your addiction today!

What Happens if You Violate Court-Ordered Treatment?

The consequences for violating a court-ordered treatment agreement depend on a number of factors. An offender usually agrees to participate in treatment in exchange for a shortened sentence, reduced fines or fewer community service hours. When people violate the agreement, the court can order them to serve the original sentence.

The punishment also depends on the violation. A relapse may result in increased monitoring, drug tests and time in therapy. Possessing large amounts of drugs or selling drugs may result in incarceration and large fines. 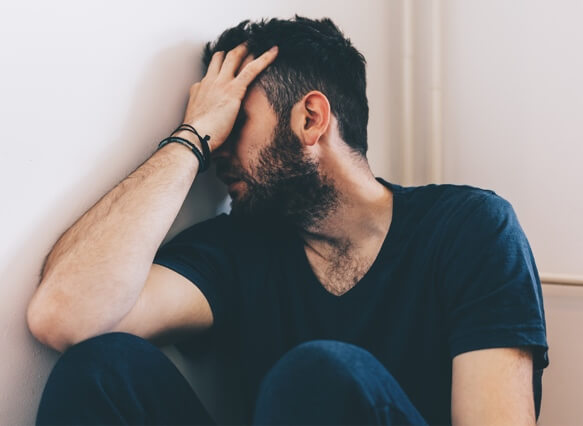 How Effective is Court-Ordered Treatment?

Many people claim legal pressure is an important reason for seeking treatment for addiction. Legal pressure can increase attendance and time in treatment, leading to better treatment outcomes, according to multiple studies.

However, the effectiveness of treatment is largely dependent on a person’s willingness to accept change and fully participate. For it to be successful, offenders must put all of their effort into recovery.

“Drug court gave me the support that I needed to get sober,” Boggs told DrugRehab.com. “And today, six years later, I am still sober.”

Studies on legally-mandated treatment indicate most people who participate have outcomes equal to or better than patients who voluntarily seek treatment. The best outcomes are associated with at least 90 days of treatment. Individuals who spend at least three months in therapy exhibit significantly reduced rates of drug abuse and criminal behavior.

“Drug courts provide participants with the resources necessary to reach recovery and get their lives back on track,” said Deutsch. “These programs give [participants] the tools needed to be healthy, productive citizens.”