How Long Do Opiates & Opioids Stay in Your System?

Opiates and opioids can stay in your system for up to one week. Saliva tests can detect the drugs for between 24 and 48 hours. Urine tests can detect opiates and opioids for about seven days.
AddictionPrescription DrugsOpioidsHow Long Do Opiates Stay in Your System?
Topics on this Page
Topics On this page
Medical Reviewer: Ashraf Ali, MD | Author: Chris Elkins, MA | Last Updated: 2/28/20 | 11 sources

Numerous factors determine how long opiates and opioids stay in a person’s system. The most influential factors are frequency of drug use and the type of opioid. Short-lasting opiates such as codeine are only detectable for a few days by most drug tests, but long-lasting opioids such as methadone can be detectable for multiple days or one week.

Drug tests are an important tool that caregivers, doctors and therapists use to keep loved ones or patients in recovery from addiction accountable. Knowing that a drug test is on the horizon may deter someone from using opiates and help them maintain sobriety.

But drug tests aren’t perfect, and many of them can produce misleading results if the person administering the test isn’t aware of the detection window for opioid use. For example, hair and urine tests can detect opioids and opiates in the body for longer periods of time than blood or saliva tests.

Different opioids and opiates stay in the body for different lengths of time. The term opioid is used to refer to drugs that are similar to chemicals found in the opium plant. The difference between opiates and opioids is that opiates occur naturally. Man-made opioids such as oxycodone, hydrocodone and methadone usually stay in your system longer than opiates.

Heroin stays in your system for a few minutes, but common drug tests can detect heroin metabolites for about three days. Oxycodone stays in the body for a similar length of time. After last use, it remains in urine for up to three days, in saliva for between 24 and 48 hours, and in blood for about 25 hours.

Brand name drugs stay in the body for similar lengths of time as generic versions. For example, Percocet (oxycodone and acetaminophen) stays in urine for up to three days and in blood for about a day. OxyContin, an extended-release version of oxycodone, stays in the body for between eight and 12 hours. It can stay in a person’s system longer than generic oxycodone.

Vicodin and other drugs contraining hydrocodone stay in your system for a similar amount of time as oxycodone products. Similarly, morphine can be detected by most drug tests for two to three days.

Struggling with opioid use?Take the first step toward recovery today.
Get Help Now

Factors Affecting How Long Opioids Stay in Your System

Different tests can detect opioids for different lengths of time. Urine tests are the most common types of drug tests, but several factors influence how long opioids are detectable in urine or other fluids. Those factors include:

Frequency of use: Opioids are detectable in the bodies of chronic users for longer periods of time than in occasional users.

Type of opioid: Methadone is detectable for longer periods of time than codeine.

Method of administration: Drugs leave the body more quickly if they’re injected, but intravenous drug use increases the risk of overdose and contracting disease.

Other factors that influence detection include metabolism rate, age and weight. Thus, the amount of time that an opioid is detectable in the body is different for everyone. Still, there are general estimates of how long different types of opioids are detectable. 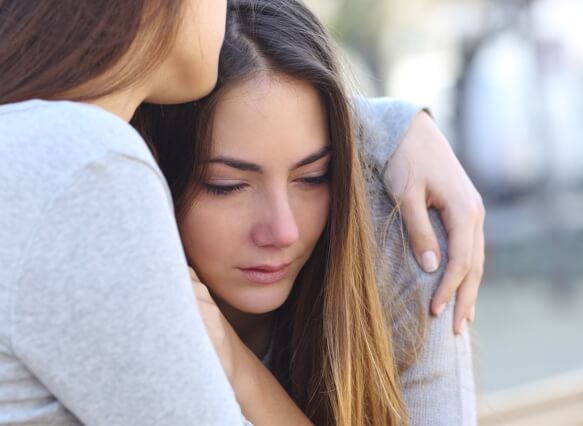 People who misuse opioids by taking them to get high or taking them in higher doses than prescribed often experience severe crashes or withdrawal when they stop taking the drugs. The length of withdrawal depends on many of the same factors that determine how long a drug stays in the body, such as frequency of use, dosage, type of opioid and method of administration.

The method of administration has a large impact on when withdrawal occurs because withdrawal typically begins once the drug has left the body. The peak effects of opioids are felt when the drugs reach peak blood plasma levels.

In general, peak blood plasma levels are reached after about:

Methadone is a slow-acting opioid that is usually consumed orally. The withdrawal effects may not occur until 30 hours after last use. The length of withdrawal depends on how frequently the drug was consumed. Chronic heroin users may experience peak withdrawal symptoms after 48 or 72 hours of last use, and withdrawal can last for up to a week.

Withdrawal occurs when the brain adapts to drug use. The brain becomes used to the opioid and reacts negatively when the opioid leaves the system. That’s why withdrawal can last longer than the time it takes for opioids to leave the body. It takes time for the brain to recover from its dependency on the opioid.

Looking for heroin rehab?Get help with your addiction today!
Get Help Now

How Opioids Are Metabolized

The metabolism process determines how quickly a drug enters and leaves a person’s body. When taken orally, most opioids experience first-pass metabolism, meaning a significant portion of the opioid is metabolized by the liver or stomach wall before it enters blood circulation, according to a 2009 article on opioid metabolism published in the journal Mayo Clinic Proceedings. Intravenous or transdermal administration causes the opioid to immediately enter the blood stream before being metabolized.

Metabolites, a byproduct of the metabolism process, are usually attached to chemicals such as glucuronic acid before being excreted. However, some chemicals are directly excreted in the urine.

Some opioids, such as heroin or codeine, produce active metabolites that are more potent than the original compound. Heroin and codeine are metabolized into morphine, which can have euphoric or pain-relieving effects on the brain. If the drugs reach the brain before being metabolized, the effects are less noticeable.

Each person’s metabolic rate affects how mildly or severely they experience a drug’s effects. For example, someone who struggles to metabolize codeine may not feel the drug’s effects because the body converts only a small amount of the drug into the active metabolite morphine. On the other hand, people who rapidly metabolize codeine can end up with a dangerously high level of morphine in their system.

Metabolism rates can affect drug tests because someone with a high amount of morphine caused by rapid metabolism of codeine could be suspected of using heroin. However, that scenario is rare.

Some stores and websites sell products that claim to help a person remove opioids or opioid metabolites from a person’s body. Over-the-counter detox products are unlikely to help you pass a drug test. Changes in diet or exercise may cause minor changes in the way your body removes opioids from its system, but at-home detox strategies don’t cause significant changes.

If you are worried about passing a drug test because you’re struggling to abstain from opioid use, you should seek treatment for addiction. Addiction to prescription drugs such as opioids can be difficult to overcome without professional assistance. Through supervised detox and therapy, you can recover from addiction.