Withdrawal Symptoms of Alcohol and Drugs

Individuals who eliminate addictive substances from their lives often feel the effects of drug and alcohol withdrawal symptoms. These signs and symptoms can be physically and psychologically painful. Common symptoms include headache, sleep problems and changes to mood.

Cutting a routine from your schedule means an adjustment must be made. The body works the same way. If you regularly use drugs or alcohol, your body needs to learn to work without the substance, spurring a distressing series of experiences, or withdrawal symptoms.

Withdrawal symptoms are the various physical and psychological effects of detoxification. These can occur after reducing or ceasing drugs or alcohol.

The condition strikes those who use a substance regularly and suddenly stop. When there is a break in routine, your brain reacts with a surge of adrenaline and cravings. This, in turn, creates symptoms related to the drug.

Every drug is different. Some substances — alcohol and opioids among the most popular — give way to significant withdrawal symptoms, such as sweating or nausea. Other substances, such as cocaine and marijuana, often produce emotional symptoms, from irritability to depression.

These manifestations can last a few days to a few months. The severity can range from mild and uncomfortable to chronic and life-threatening, based on the person’s age, physical and psychological characteristics, duration of use and the type of drug.

How often an individual drinks can be problematic — especially if an addiction is picked up in the process. Once hooked, it’s hard to stop. Regular drinkers who decide to quit risk developing alarming symptoms, which could affect many facets of their lives.

These indicators, which occur most commonly in adults, usually arise within eight hours of the last drink but can occur days later. Individuals may experience fatigue and changes in sleep or mood for months. Severe effects, such as high fevers, confusion and seizures, also are known to develop. In extreme cases, withdrawal can be fatal. 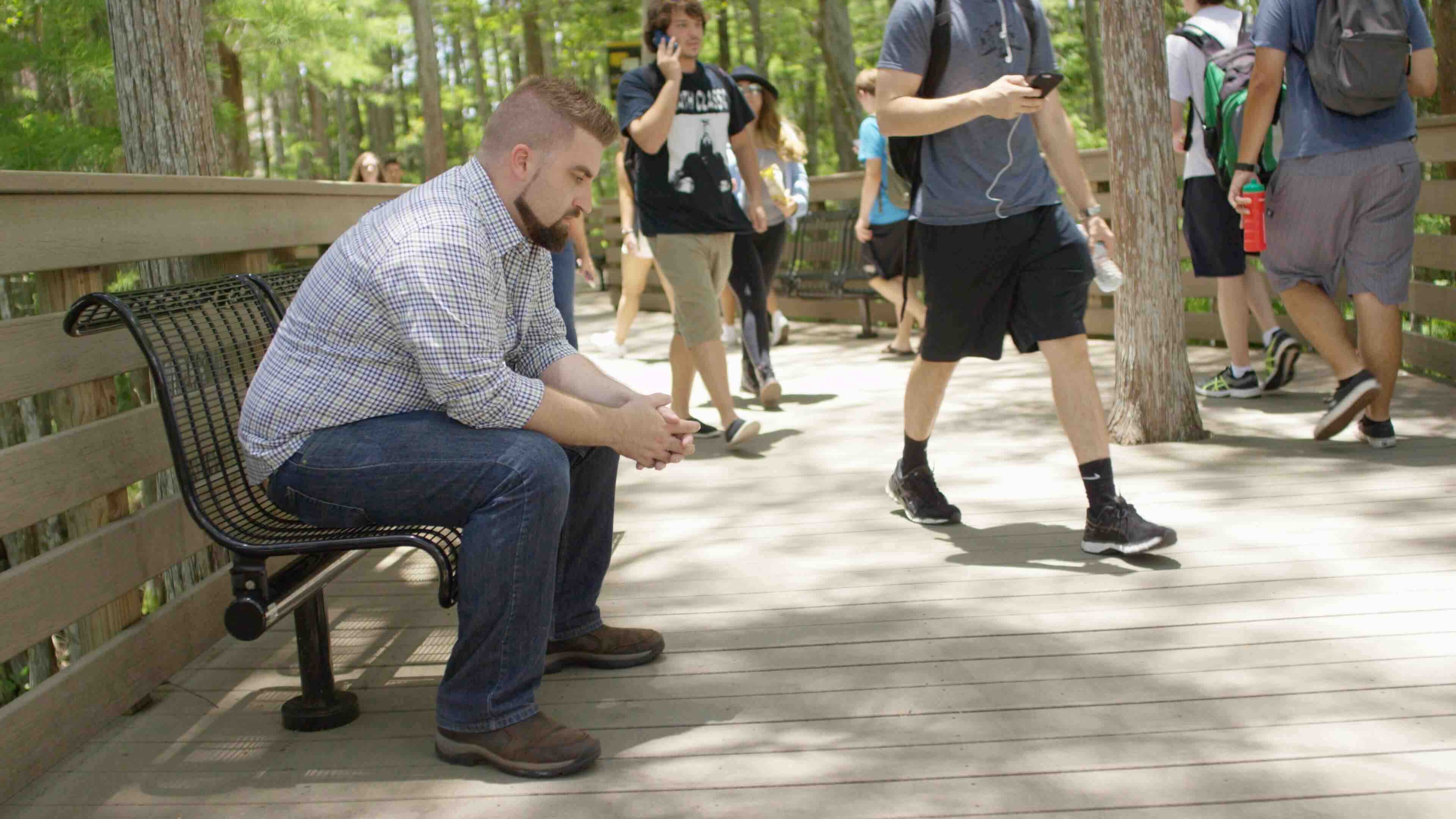 Delirium tremens symptoms, also known as DTs, are a severe manifestation of alcohol withdrawal symptoms. The condition is a state of confusion that produces hallucinations, delusions and severe agitation. DTs generally occur within 24 – 72 hours after alcohol consumption ends, but they can appear 7 to 10 days after the last drink and can persist for up to 10 days. The mortality rate among those with DTs is 5 to 25 percent.

Co-occurring disorders may lead to misdiagnosis and failure to treat delirium tremens. A common co-occurring disorder among alcoholics is Wernicke-Korsakoff syndrome, a potentially fatal brain disorder stemming from thiamine (vitamin B1) deficiency.

Delirium tremens is considered a life-threatening medical emergency and should be treated immediately.

Ready to Make a Change?Our medication-assisted detox and recovery programs are designed to deliver treatment that really works. Get Help Now

Illicit drugs carry their own sets of withdrawal symptoms, which vary in frequency and degree.

Pot is one of the most prevalent drugs among adults and teens. Individuals may light up a joint recreationally, but many do so to relieve discomfort or take the edge off.

A Duke University study found that more than 95 percent of nearly 500 adult marijuana smokers who tried to quit suffered at least one symptom; 43 percent experienced more than one symptom. Daily smokers, the study found, experienced the most symptoms.

Although marijuana withdrawal was not classified by the Diagnostic and Statistical Manual of Mental Health Disorders, recent research suggests it should be a target of clinical treatment because of the potential for relapse.

Cocaine is a highly addictive stimulant, widely used during parties, that puts users into a state of euphoria. Because of its high risk of physical and psychological dependence, cutting it from your system is no easy task.

Physical symptoms associated with its withdrawal are rare, according to the U.S. National Library of Medicine.

Nearly half of those addicted to the drug also have a mental disorder, particularly depression and attention-deficit disorder. Suicidal thoughts among users could also manifest. 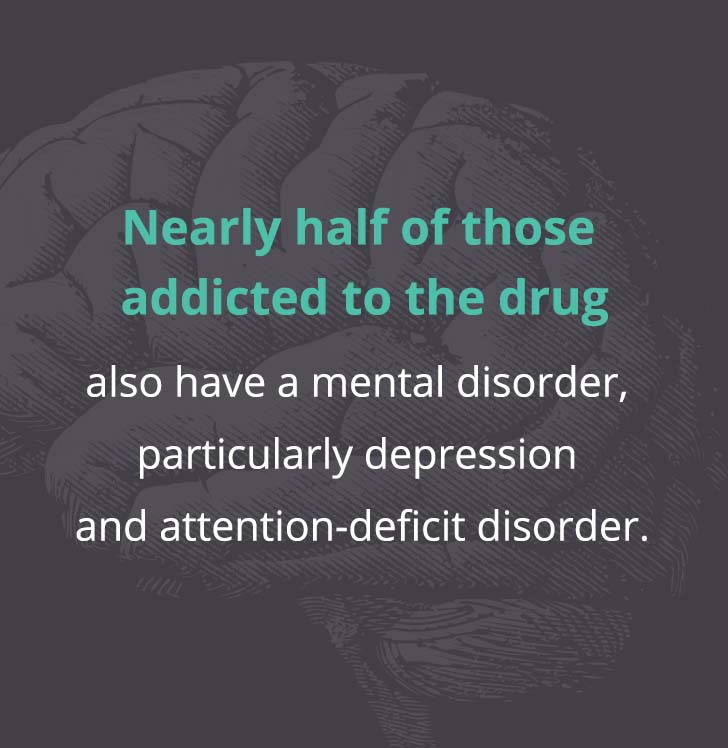 The drug produces cravings as strong as those of any other drug on the black market and can last for months, though symptoms often disappear over time.

Another party drug, ecstasy, or “molly,” is a stimulant that boosts your mood, distorts time and manipulates perception.

Ecstasy remains in your system for up to 72 hours after use. Most symptoms lessen after a week and dissipate entirely after a month.

Prescription drug use has drastically increased since 2000, with a rising number of people abusing substances such as codeine, OxyContin and methadone. According to studies, 9 percent of the population misuse opioids in their lifetimes.

Opioids are divided into two categories of withdrawal: early and late symptoms.

Vomiting and diarrhea could lead to dehydration and other body disturbances. Aspiration also could occur and cause a lung infection. The biggest complication, however, could be the urge to return to drug use.

Withdrawal reaction times vary by the drug. Heroin withdrawal symptoms, for instance, could begin 12 hours after last use. Methadone symptoms may begin within 30 hours.

The syndrome could occur in those who don’t abuse drugs. Hospital patients often are given regular doses of a drug during a stay and experience withdrawal after their release. They don’t realize opioids could remedy the issue, so they don’t know they are craving the drug.

Individuals can prepare for withdrawal, possibly reducing the severity of symptoms. 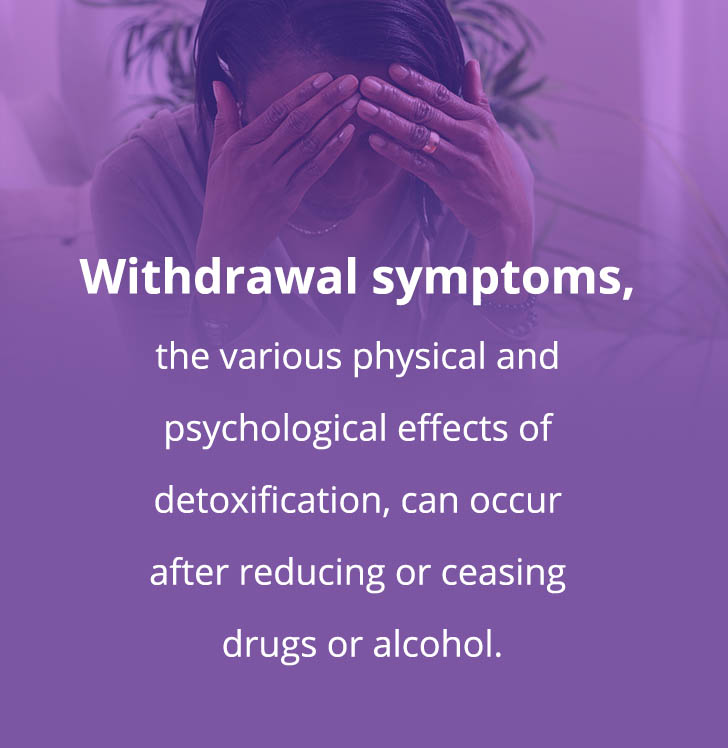 Speak with a Physician

Physicians can tell you what to expect and how to handle the effects. Experts urge speaking with health-care professionals before considering detox.

Compile a list of pros and cons of giving up your substance of choice. This can sustain your focus and motivation when the going gets tough.

Reverting to old habits could happen during withdrawal. During trying times, you might slip or end up in full-blown relapse. It is important to understand the process, what worked well or what needs to be done differently in the future.

Junk food may be tempting, but a healthy diet — primarily fruits and vegetables — can reduce a number of symptoms, including mood swings. Nutrition is a crucial component of recovery, especially for those who have neglected all aspects of their health for long periods of time. Drinking 1 to 2 liters of water per day can also help.

Staying busy prevents you from dwelling on your feelings or at least keeps you from doing so for stretches at a time. Jogging, reading, socializing or volunteering could prove beneficial.

How to Deal with Withdrawal Symptoms

Withdrawal symptoms may linger for weeks. Because of this, medical assistance during detox is more than convenient — it can be vital.

Treatment centers provide the necessary tools and assistance to ensure a safe and effective detox.

A detox center can provide medications to ease withdrawal symptoms. Individuals who avoid treatment may not have access to these resources.

For example, during alcohol withdrawal, physicians may administer Valium and Ativan. The dosage is contingent on the severity of the withdrawal. As the withdrawal symptoms subside, patients are tapered off the medications.

These medications are coupled with intensive therapy when managing severe withdrawal symptoms or co-occurring disorders.

Detoxing at home without medical supervision is dangerous. Individuals may not know how to manage severe withdrawal symptoms, which can be fatal. Even mild symptoms can prove problematic.

Disadvantages to experiencing withdrawal symptoms at home include:

Withdrawal is an uncomfortable process that can be overcome with proper resources. If you or your loved one is considering detox or experiencing withdrawal symptoms, contact your nearest treatment center.

Don’t let the fear of withdrawal stop you from quitting. Once you decide to separate from the substance, educate yourself. Be clear about potential risks and what you need to do to successfully conquer your addiction.

Medications help suppress withdrawal symptoms, and studies have found that they are used in nearly 80 percent of detoxification programs. Type of medication and dosage vary by drug and patient.

Medical supervision may be needed to ensure a safe withdrawal. Treatment has proved beneficial, and there are many options from which to choose.