Medication-assisted treatment (MAT) increases the chances of recovery when used alongside evidence-based behavioral therapy. MAT is not a replacement for therapy, but it is an essential aspect of care for several types of drug addiction treatment.

Recovering from addiction isn’t easy, but there are some medications that can help. When combined with evidence-based therapy, certain medications can increase the effectiveness of treatment and decrease the chances of relapse.

The U.S. Food and Drug Administration (FDA) has approved several drugs to treat addiction to alcohol, tobacco and opioids. These medications ease withdrawal symptoms and cravings and reduce the chances of an overdose.

Medication-assisted treatment is not a replacement for behavioral therapy. The goal of MAT is to help patients get through detox and actively participate in substance abuse treatment programs.

Madeleine Ludwig credits medication-assisted treatment with saving her life. She told DrugRehab.com that she wouldn’t have been able to recover from heroin addiction without the help of Suboxone, a medication that eases cravings and withdrawal symptoms caused by opioids.

Some medications must be distributed through certified treatment centers, and others can be prescribed only by physicians who have received appropriate training and certification.

Nanci Stockwell of Advanced Recovery Systems talks about the advantages of using medications during treatment for addiction.

Many centers use medications during treatment to alleviate withdrawal side effects or symptoms of co-occurring mental health disorders. Therapists might administer benzodiazepines such as Valium or Ativan to ease withdrawal from alcohol, antidepressants to treat depression, Zofran for nausea or baclofen for muscle aches.

These drugs are not considered treatments for addiction because they treat side effects, not the addiction itself. They don’t reduce cravings or counteract the effects of addictive drugs.

Did you know that MAT services can be done online? Learn About Online Rehab

There is no medication approved to treat a marijuana addiction or addiction to stimulants such as cocaine or methamphetamine. However, the National Institute on Drug Abuse (NIDA) has funded several clinical trials to investigate potential treatment options for a range of addictions, and many have had promising results.

The drugs therapists use to treat opioid addiction have been around for decades, but most have become widely accessible only recently. Lawmakers have expanded access to the drugs in the wake of the ongoing opioid epidemic, and easier-to-use versions of the drugs have been developed during the last decade.

Physicians have several options for treating alcohol addiction. Behavioral therapy can help alcoholics recognize and avoid high-risk situations, and referral to programs that provide peer support, such as Alcoholics Anonymous, can increase a person’s chance of recovery.

Medications used to treat addiction must undergo multiple clinical trials to receive approval from the FDA. These studies investigate the effectiveness and safety of the drug in various populations. 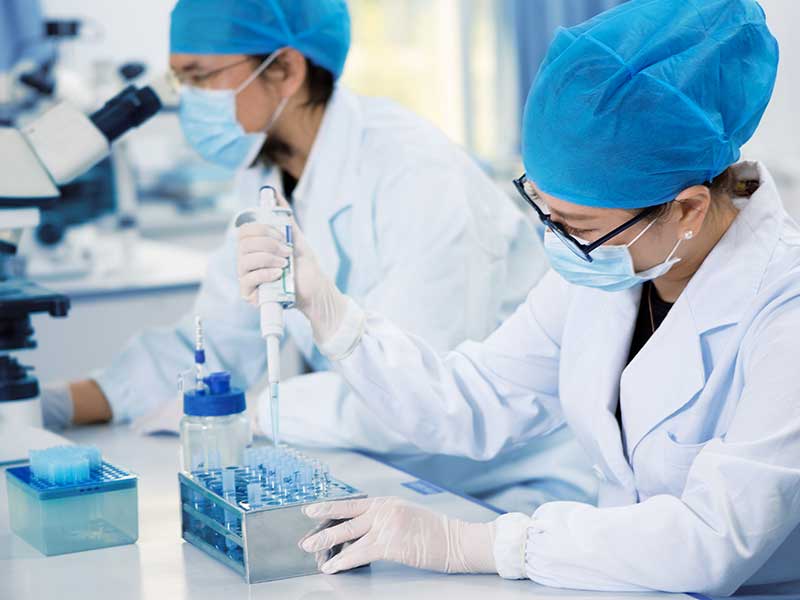 Researchers are investigating numerous treatment options for a variety of addictions. The National Institute on Drug Abuse funds the majority of clinical trials for potential substance abuse medications.

Addiction experts have considered treating patients addicted to cocaine or methamphetamine with other stimulants such as amphetamine salts. The therapy is similar to methadone maintenance therapy, which treats opioid addiction with a safer opioid. However, stimulants are associated with adverse medical conditions such as heart attacks and strokes.

Researchers have spent more than 40 years studying the possibility of a vaccine to treat various types of drug addiction. A vaccine for drug addiction would not work like a traditional vaccine for a disease such as measles. Instead, it would block drugs from reaching the brain, inhibiting their effects.

This type of vaccine would not reduce cravings and would require booster shots for long-term effectiveness. Early clinical trials testing vaccines for nicotine, cocaine, PCP and methamphetamine addiction have been promising.

However, not all vaccines have been successful. NIDA withdrew support for a potential nicotine vaccine in 2011 after it failed to produce strong results in a large clinical trial.

Numerous clinical trials for drug addiction medications are underway. Some are in the early planning stages, while others are ongoing or recently completed.

Some clinical trials involving medications for drug addiction include:

The future is promising for individuals recovering from addiction. More medications are available today to complement behavioral therapy in addiction treatment programs than ever before, and researchers are learning more about how medications can aid in the recovery process.