Cocaine causes addiction by altering the chemical composition of the brain. The drug stimulates the brain's reward pathway, increasing a person's motivation to repeat the pleasure-inducing use of cocaine and ultimately resulting in dependence and addiction.

Many people first use cocaine in social settings. Because it revs up the body and tends to make people more talkative and happy, it’s a popular party drug.

Cocaine is a stimulant drug that usually comes as a fine, white powder. While cocaine delivers a euphoric rush of energy, it also has dangerous effects on the body. The drug can trigger heart attacks, strokes and sudden death — and it’s powerfully addictive. Treatment offers the best chance of conquering cocaine addiction.

But because the drug’s high wears off relatively quickly, people may use it repeatedly to maintain that feeling. As a result, recreational cocaine use often leads to addiction.

Individuals addicted to cocaine often find their life revolving around using it. They can easily spend more than $100 a day on the drug.

Cocaine abuse can suck people into a vicious binge and crash cycle. When they’re high on cocaine, they may feel on top of the world and invincible. But when the drug wears off, they often become fatigued, agitated and plagued by cravings.

Addiction is a complex disease, but treatment can help people overcome cocaine cravings and get their life back on track.

Cocaine is a powerful stimulant and anesthetic extracted from the leaves of the coca plant, which grows in South America.

While the drug is typically sold on the street as a white powder, it’s not pure cocaine. Drug dealers usually add other substances, including flour, baking soda and talcum powder, to stretch their supply and increase profits.

A Brief History of Cocaine

For centuries, natives of the regions where the coca plant grows have chewed on its leaves to boost energy, stave off hunger and combat altitude sickness. In the late 1800s, scientists isolated the active ingredient in coca leaves, creating a purer and more potent form of the substance. They named it cocaine.

While cocaine was commonly used in medicinal tonics in the early 1900s, the United States outlawed the drug in 1914 after its harmful and addictive effects became better known.

In the 1970s and 1980s, cocaine resurfaced as a popular drug on the club and party circuit. While cocaine use peaked in the United States in 1982, there are signs the drug is making a comeback.

“We have more cocaine in this country than we did in the last decade.”

In 2016, more than five million Americans reported using cocaine in the past year. According to the National Institute on Drug Abuse, cocaine-related overdoses rose by 9 percent from 2002 to 2015.

Crack cocaine is a cheaper, rock-like form of the drug that is made from powder cocaine. It’s called crack because of the crackling sound it makes when it’s smoked.

One of the main differences between crack and cocaine is how quickly each drug affects a person. When people smoke or inject crack, they experience an almost immediate rush that lasts about five to 15 minutes. Snorting cocaine results in a slower and less powerful high than smoking or shooting the drug, but the effects usually last longer.

Crack addiction can occur even more swiftly than cocaine addiction. In fact, the first time someone tries crack cocaine can create a strong desire to use it again, which can result in repeated use and addiction.

While the Drug Enforcement Administration classifies cocaine as a Schedule II drug because of its high potential for abuse, the drug does have limited medical uses.

Doctors sometimes use it as a topical anesthetic to numb the nose, mouth or throat. It can also stop bleeding in these areas because cocaine is effective at shrinking blood vessels.

Because drug manufacturers have developed better pharmaceutical alternatives, medical use of cocaine is rare today.

How Do People Use Cocaine?

Cocaine can be ingested in several ways, but most people snort it. Snorting cocaine regularly can cause serious health problems, including severe damage to the nose.

The drug can also be smoked, injected into a vein or swallowed. Some cocaine users rub powdered cocaine on their gums to get high. Others mix cocaine with marijuana or cigarettes and smoke it. It can also be consumed with heroin in a particularly toxic drug mix known as speedball.

While smoking or injecting cocaine can lead to a quicker high, any method of use can result in addiction or an overdose.

How Cocaine Affects the Brain and Body

When a person snorts, smokes or injects cocaine, it enters the bloodstream quickly.

The onset of the high begins within 15 to 30 minutes of snorting the drug and lasts for around an hour or two. People who inject or smoke the drug will experience euphoria almost immediately, but the high tends to last only five to 10 minutes.

As cocaine causes the pulse to quicken and triggers a surge in blood pressure, people experience a rush of energy, alertness and exhilaration.

Cocaine users often describe feeling strong, invincible or on top of the world. In this hyper or wired state, people may want to talk to everyone around them. Shy individuals may enjoy the sense of confidence that cocaine gives them.

When the cocaine rush wears off, a crash usually follows. Symptoms of a crash include severe fatigue, anxiety, irritability and depression. Powerful cravings often follow the crash, and some people experience severe paranoia.

Cocaine can stay in your system for up to 90 days. Evidence of cocaine use can be found in the urine for up to four days, but the drug may be detected in hair samples months after last use.

Because it changes the chemistry of the brain, cocaine is addictive. When people use the drug regularly, addiction can develop rapidly.

When the drug enters then brain, it triggers a burst of dopamine, a feel-good chemical that causes a brief rush of euphoria. Dopamine also acts on the brain’s reward system in ways that make people want to compulsively use the drug. Once the rush subsides, people often crave more cocaine.

A 2012 study in the Journal of Addictive Diseases noted that between 5 and 6 percent of cocaine users become dependent on the drug in the first year of regular use. In addition, the authors reported that up to 16 percent of people become addicted to cocaine within a decade of first using the drug.

Madeleine Ludwig, who started using cocaine intravenously when she was 19, became addicted almost immediately — and the cravings made her feel desperate.

“Never have I wanted something so severely and been so willing to do whatever I had to do to get it,” Ludwig told DrugRehab.com. “This drug came with no limitations and no remorse — the thought of which is particularly unsettling now that I am in recovery. Looking back on it, it is a miracle that I did not lose my life during one of the many times I injected too much.”

The longer that people use cocaine, the more likely they are to experience serious health complications. The problems can include nasal deformities, heart attack, overdose and death. 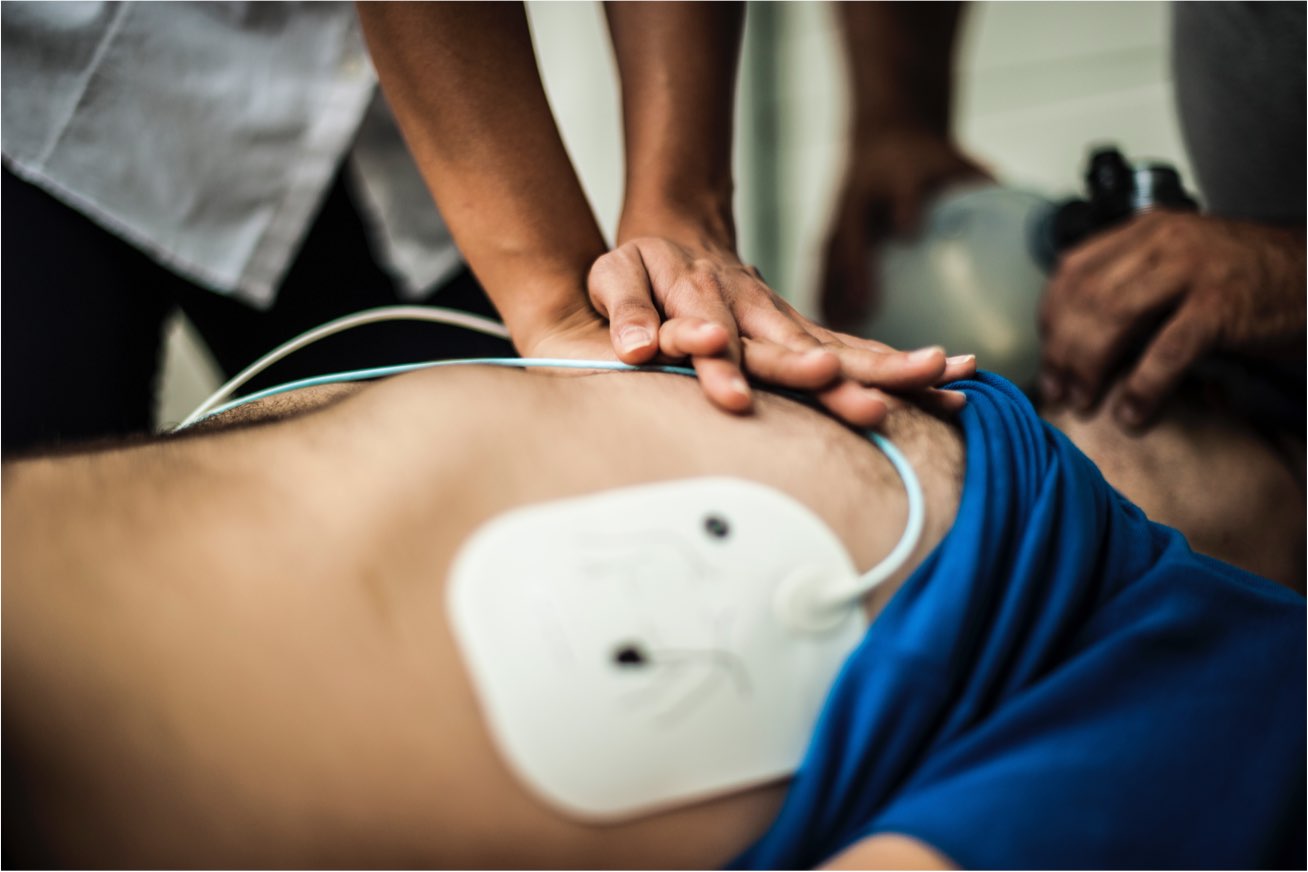 Cocaine can put you at high risk for a heart attack, even as a first-time user.

Because it’s a central nervous stimulant, cocaine delivers a direct hit to the heart. People who use the drug have a 24-fold greater risk of heart attack after taking it, according to research from the Institute for Prevention of Cardiovascular Disease in Boston.

Signs of Cocaine Addiction and Abuse

Cocaine overdoses are common, and they can kill a person in as little as two to three minutes. The drug contributed to more than 10,000 overdose deaths in 2016, according to the Centers for Disease Control and Prevention.

Combining cocaine with marijuana or other drugs can also increase the risk of an overdose. Mixing cocaine with alcohol is particularly harmful because it produces a dangerous chemical called cocaethylene. The substance is toxic to the liver and can cause seizures.

Most people who abuse cocaine use multiple substances. They commonly have co-occurring disorders, such as bipolar disorder or depression, which should also be addressed during treatment.

Cocaine treatment and rehab programs provide plans tailored to each patient’s specific needs. Simultaneously treating any addictions or mental health conditions that are present can improve a person’s likelihood of quitting cocaine and maintaining sobriety after rehab. 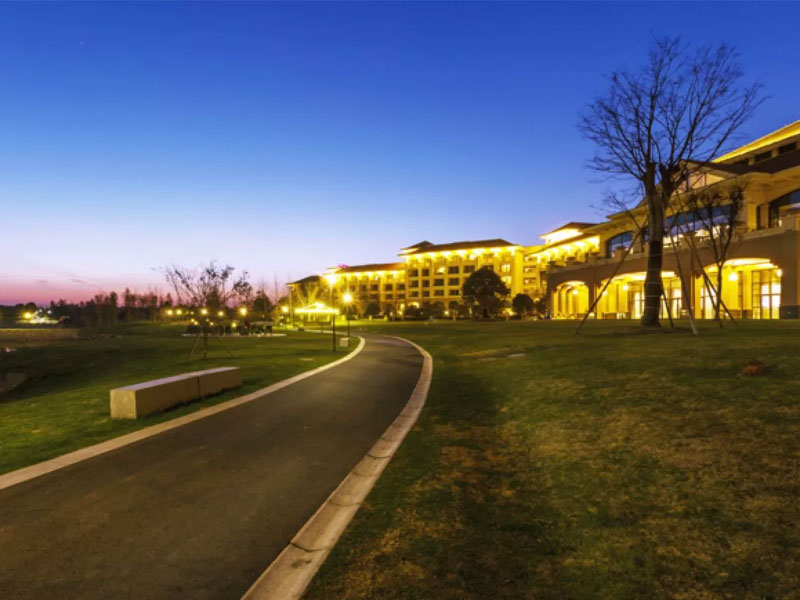 Addiction treatment centers around the country offer cocaine-specific behavioral therapy, the safest and most proven method to combat cocaine addiction.

Quitting cocaine after a long period of use can be difficult and uncomfortable. Detoxing in a medically supervised setting ensures that patients can quit safely and receive immediate assistance with uncomfortable symptoms.

While the Food and Drug Administration has not approved any medications to treat cocaine addiction, counseling and behavioral therapy can help people achieve sobriety.

Cocaine Anonymous and other 12-step programs along with sober residences provide aftercare support to people in recovery from cocaine addiction.

If you or someone you love is addicted to cocaine or crack, cocaine hotlines can provide more information about various treatment options.

Amy Keller, RN, BSN,
Content Writer, DrugRehab.com
As a former journalist and a registered nurse, Amy draws on her clinical experience, compassion and storytelling skills to provide insight into the disease of addiction and treatment options. Amy has completed the American Psychiatric Nurses Association’s course on Effective Treatments for Opioid Use Disorder and continuing education on Screening, Brief Intervention and Referral to Treatment (SBIRT). Amy is an advocate for patient- and family-centered care. She previously participated in Moffitt Cancer Center’s patient and family advisory program and was a speaker at the Institute of Patient-and Family-Centered Care’s 2015 national conference.
[email protected]
@DrugRehabAmy
Editor
,
,
Featured Expert