People combine cocaine with marijuana to increase the euphoric effects of both drugs or to reduce the effects of one drug with the other. But mixing cocaine and marijuana can lead to a host of health problems, including overdose.
AddictionDrugsCocaineSigns of UseCocaine and Weed
Topics on this Page
Topics On this page
Author: Matt Gonzales | Last Updated: 2/26/20 | 7 sources

Cocaine is an illicit stimulant. The drug causes people to experience an intense rush of euphoria, energy and confidence. However, cocaine can also increase heart rate, raise blood pressure and cause paranoia. 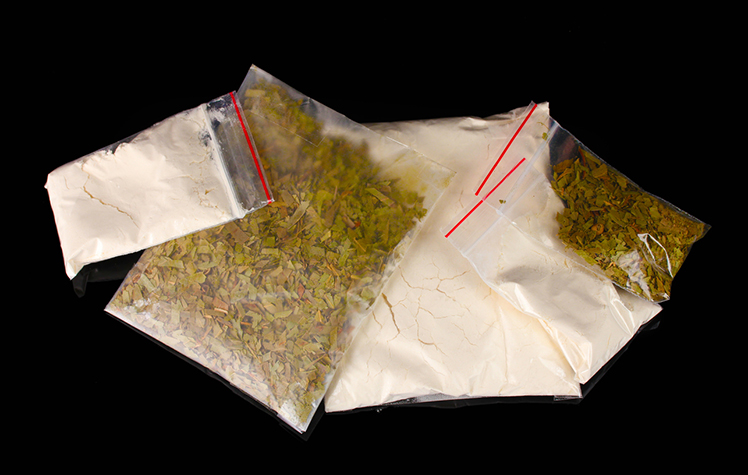 As a depressant and hallucinogen, marijuana can have opposite effects. People of all ages and demographics use the drug for its sedative effects, but marijuana can also cause increased appetite, loss of coordination and anxiety.

People who are dependent on marijuana or cocaine may combine the drugs. But mixing the drugs can cause serious side effects. These consequences can be physical and psychological.

Why People Mix Cocaine and Marijuana

Some people mix marijuana and cocaine to enhance the euphoric effects of each drug. Others combine these substances because they have contradicting effects — marijuana can act as a depressant, while cocaine is a stimulant.

People do not always physically mix the drugs together. Some smoke weed and then snort cocaine, while others sniff cocaine and then inhale cannabis.

Some people smoke marijuana immediately after using cocaine to alleviate the comedown that follows the cocaine high. No matter how marijuana and cocaine are combined, the body experiences the effects of both drugs.

Dangers of Mixing Cocaine and Marijuana

Stimulants such as cocaine are often called “uppers.” Conversely, depressants such as Xanax are referred to as “downers.” Marijuana has depressant effects, which can counteract the effects of uppers.

Mixing uppers with downers or substances that act as downers, such as cannabis, can confuse the body and cause significant health problems.

Combining cocaine and marijuana can lead to:

While the effects of cannabis may lessen those of cocaine, continued use of the substances can increase a person’s tolerance to the drugs. An individual may start craving more cocaine or marijuana, which could result in dependence or a substance use disorder.

In recent years, not many studies have explored the effects of combining marijuana with powder cocaine. However, a 1990 report published in the journal Pharmacology, Biochemistry, and Behavior analyzed how mixing these substances affects heart rate and blood pressure.

In the study, eight male volunteers consumed cocaine and marijuana alone and in combination. When the volunteers combined the drugs, they smoked a marijuana cigarette and snorted cocaine five minutes later. Afterward, participants completed a learning exercise.

According to the results, the largest increase in blood pressure occurred among those who used both cocaine and marijuana before completing the task. This suggests that mixing cocaine and cannabis while engaging in an activity has greater effects on the heart and blood vessels than mixing the drugs while resting.

A 2015 study published in the journal BMC Public Health examined why people combine crack with marijuana. The report indicated that people often use cannabis to reduce crack-related side effects such as paranoia, aggressiveness and compulsive drug-seeking behavior.

While some individuals said that cannabis did reduce symptoms associated with crack, others reported unwanted psychological effects. For example, one crack-dependent person said that smoking marijuana caused feelings of depression.

Ready to make a change?Take the first step and start your recovery today. Get Help Now

Both marijuana and cocaine are addictive. People who combine the drugs can become addicted to either substance, causing them to compulsively seek the drug despite knowing the physical, social and legal consequences.

Individuals addicted to cocaine, marijuana or both substances should seek treatment. Evidence-based rehab allows people to learn the root of their substance use disorder, understand the consequences of addiction and discover ways to live a healthy life without drugs.

However, drug treatment outcomes can be compromised by mixing multiple drugs. In fact, a 2017 study published in the International Journal on Drug Policy suggested that mixing drugs threatens the effectiveness of cocaine rehab.

Addiction treatment was strongly associated with a reduced risk of future drug use when the study participant used cocaine, heroin or methamphetamine alone. The participants who used multiple substances were more likely to use their primary drug of abuse after treatment.

Someone addicted to crack who routinely uses marijuana — or mixes the substances — may have an increased risk for failing to complete rehab. Using both drugs could also lead to an array of long-term problems.

If you are dealing with cocaine dependence, consider contacting a cocaine hotline. These toll-free helplines can put you in touch with support groups and rehab facilities that assist people in overcoming substance abuse problems.