Crack is a stimulant derived from powdered cocaine. It's sometimes called crack cocaine. The drug causes short, powerful highs that can lead to addiction. Crack use peaked in the late 1980s, but the drug continues to be a common substance of abuse in communities across the United States.

Crack cocaine is a powerful central nervous system stimulant produced by dissolving powdered cocaine in a mixture of water and ammonia or baking soda. Several differences exist between crack and cocaine. The former is usually cheaper and more available than powdered cocaine.

Crack is the most dangerous form of cocaine. When users smoke crack, the drug enters the bloodstream through the lungs. Smoking crack brings a quicker and more powerful sense of euphoria than snorting cocaine, but the high from crack doesn’t last long.

Once it reaches the brain, crack cocaine works by increasing levels of dopamine, the neurotransmitter associated with pleasure and reward. Under normal circumstances, neurons release dopamine as a response to potential rewards. The dopamine is then recycled back into its original cell.

Under the influence of crack cocaine, the cell is unable to reabsorb the dopamine, causing an influx of the neurotransmitter in the brain. This alters brain chemistry, leading crack users to develop intense cravings for the drug. 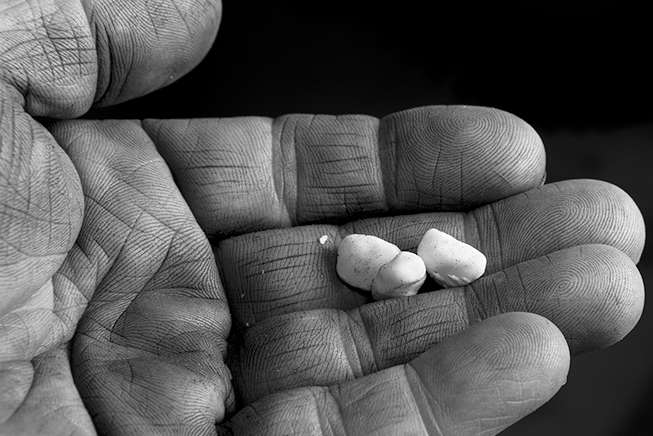 The brain also develops tolerance to crack, causing individuals to use higher doses of the drug to feel positive effects and prevent crashing. Repeated use of crack cocaine changes the functioning of the brain, causing it to become dependent on the drug.

Increased tolerance and dependence are common precursors of drug addiction. Addiction develops when people continue to compulsively use crack despite negative consequences to their health and well-being.

People addicted to crack cocaine often talk about how it took only one hit for the drug to take over their lives. First-time crack users experience euphoria so intense that many spend the rest of their lives chasing that feeling. Richard Preston, who was an executive in corporate America when he started using crack, understands these powerful cravings.

“I started smoking crack, and that’s when things took a big turn for the worse,” Preston told DrugRehab.com.

Preston had used cocaine for 20 years by the time he started smoking crack. He says the first hit of crack was enough to make him fall in love with the drug and derail his life. He lost everything — his house, his job, his family and his daughter — because of his crack addiction.

“The first hit of it is like nothing else,” said Preston. “When you take the first hit of crack, this is before the paranoia and all that sets in, but the first hit, the world sort of just stops. It’s got this sweet taste to it. It’s very hard to describe, but the world stops, and it’s like you’re in suspended animation.”

Preston said that first really good hit of crack is known as a “bell ringer” because your ears ring as the euphoria sets in. He said that the high is instant and fantastic, but it is short-lasting and followed by a miserable crash.

Signs of crack addiction include:

After the crash, people want to feel that bell ringer again. You never experience the same feeling again after the first bell ringer, according to Preston.

“You can try a million times to get that, but you’ll never get it again,” he said. “That’s what keeps people chasing after it.”

Chasing the bell ringer is enough to keep many people addicted to crack for the rest of their lives. But after seeing the damage he had done to the people he loves, Preston decided to change. He went to rehab and has been sober for 11 years.

Today, he is a substance abuse advocate in Jacksonville, Florida, and the author of two books about his recovery. He has rebuilt the relationships with his loved ones and works every day to inspire others to seek help for their substance use disorders.

Looking for Help?Our medication-assisted detox and recovery programs are designed to deliver treatment that really works. Get Help Now

An Epidemic with Devastating Results

Crack use became so common in the 1980s that Congress mandated a five-year minimum sentence for possession of five grams of crack when it passed the Anti-Drug Abuse Act of 1986. Future studies revealed that the sentencing guidelines disproportionately affected black people, and the Fair Sentencing Act of 2010 led to drastic reductions in mandatory minimum sentences for crack possession. 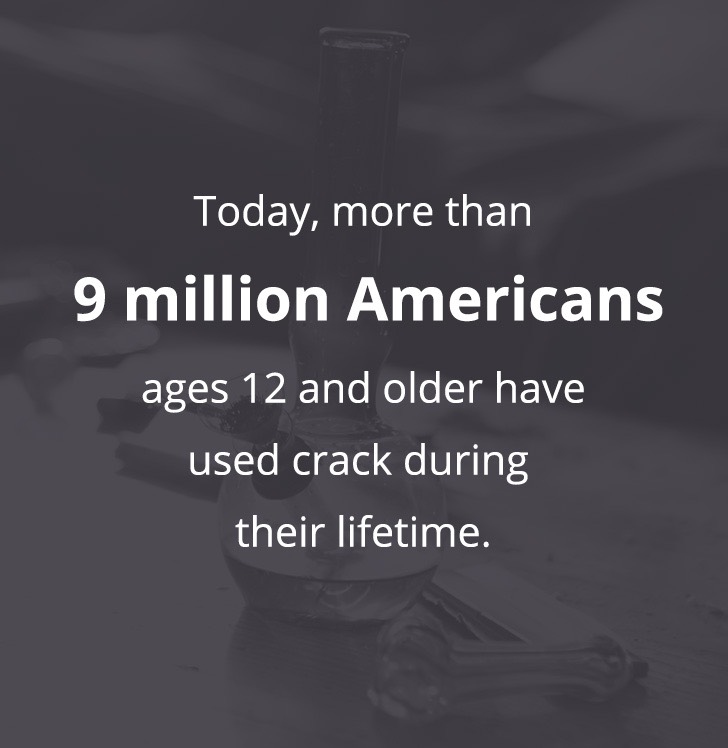 Today, more than 9 million Americans ages 12 and older have used crack during their lifetime. In 2015, about 833,000 people used crack, and 394,000 said they used it in the past month, according to the National Survey on Drug Use and Health.

Teen crack use has been decreasing since the new millennium, according to the Monitoring the Future Survey. An estimated 3.9 percent of 12th graders said they had tried crack at least once during their life in 2000. Only 1.4 percent of high school seniors reported lifetime crack use in 2016.

Short- and Long-Term Side Effects of Crack

Crack produces an immediate sense of euphoria and alertness. However, these effects quickly dissipate into unpleasant side effects. After the initial rush of smoking the drug, crack users start craving more.

Other short-term side effects of crack cocaine include:

Repeated use of crack causes lasting changes in the brain.

Long-term side effects of crack include:

Paranoia is the most common side effect crack users report. Many first-time crack users think the effects will be similar to cocaine. Preston said he thought he would be able to handle crack because he regularly used powder cocaine.

He could not have been more wrong.

“Crack makes you more paranoid than anything I’ve ever seen in my life,” said Preston. It makes you anti-social. You don’t want to talk to anybody; you resort to cowering in a corner and being paranoid.”

The life-changing side effects caused by crack use during pregnancy led to the popularization of the stigmatized term “crack baby.”

Crack use has a high risk of overdose because the purity of the drug is usually unknown to people who smoke it. They may use the drug in combination with other substances of abuse, but consuming crack with alcohol or other drugs increases the risk of a cocaine overdose.

Crack causes physical changes to the brain, making it difficult to quit using. When a person stops using the drug, he or she experiences cocaine withdrawal.

Symptoms of crack withdrawal include:

Supervised detox at a drug rehab facility can help patients overcome withdrawal. No approved medications can decrease cravings or the symptoms of crack cocaine withdrawal, but researchers are investigating drugs such as modafinil and disulfiram to treat the withdrawal symptoms.

Once people recover from physical dependency on crack, they can learn to overcome psychological causes of addiction. Studies indicate that a type of therapy called contingency management decreases the likelihood of relapse in participants in recovery from cocaine addiction.

Other forms of counseling, such a cognitive behavioral therapy, can be used independently or alongside contingency management to boost recovery outcomes. Twelve-step programs such as Narcotics Anonymous or Cocaine Anonymous provide peer support for individuals in recovery from crack addiction.

Trey Dyer,
Content Writer, DrugRehab.com
Trey Dyer is a writer for DrugRehab.com and an advocate for substance abuse treatment. Trey is passionate about sharing his knowledge and tales about his own family’s struggle with drug addiction to help others overcome the challenges that face substance dependent individuals and their families. Trey has a degree in journalism from American University and has been writing professionally since 2011.
[email protected]
editor
,
,