Alcoholics Anonymous is the oldest and most well-known support group for people in recovery. As the original 12-Step program, AA was founded on spiritual principles in 1935 and continues its mission of helping members stay sober through mutual support and sponsorship.
Recovery12-Step ProgramsAlcoholics Anonymous
Topics on this Page
Topics On this page
Author: Chris Elkins, MA | Last Updated: 5/31/18 | 9 sources

Every day, hundreds of thousands of people around the world attend local meetings of Alcoholics Anonymous. As the original 12-Step program continues to gain new followers, the medical community becomes increasingly vocal about the risks of choosing AA over traditional substance abuse treatment.

1. We admitted we were powerless over alcohol — that our lives had become unmanageable.
The first step encourages people with alcoholism to admit that they cannot control their addictive behaviors.
2. Came to believe that a Power greater than ourselves could restore us to sanity.
The second step presents hope, faith and realization. AA believes that people with alcoholism must look to a higher power to recover from addiction.
3. Made a decision to turn our will and our lives over to the care of God as we understood Him.
Through the third step, individuals with alcoholism turn their lives over to their higher power. The individual puts his or her trust in this superior being to eliminate addiction.
4. Made a searching and fearless moral inventory of ourselves.
People with alcoholism take an honest look at their lives. AA believes the identification of past regret, embarrassment or guilt can help individuals through the recovery process.
5. Admitted to God, to ourselves, and to another human being the exact nature of our wrongs.
This step also incorporates self-evaluation. Sharing past mistakes with their higher power, themselves and another person can help people with alcoholism build addiction-free lives.
6. Were entirely ready to have God remove all these defects of character.
This is a step of preparation and reflection. Individuals admit they are willing to have their higher power remove their addictive behaviors.
7. Humbly asked Him to remove our shortcomings.
Now that they know the root of their addiction, people with alcoholism ask their higher power to help eliminate their character flaws. These individuals must also do their part to separate themselves from influences that build addictive behaviors.
8. Made a list of all persons we had harmed, and became willing to make amends to them all.
People with alcoholism should make a list of the people they harmed while battling addiction. This strategy allows them to repair the damages done in the past.
9. Made direct amends to such people wherever possible, except when to do so would injure them or others.
Through this step, people with alcoholism make amends with those on their list. Making amends could mean sitting down face-to-face with those they’ve wronged or writing a letter to them.
10. Continued to take personal inventory and when we were wrong promptly admitted it.
Monitoring your recovery is integral in sustaining sobriety. This step requires individuals with alcoholism to be vigilant against triggers and addictive behaviors.
11. Sought through prayer and meditation to improve our conscious contact with God as we understood Him, praying only for knowledge of His will for us and the power to carry that out.
Prayer and meditation could help stave off addictive behaviors. Individuals with alcoholism maintain conscious contact with their higher power.
12. Having had a spiritual awakening as the result of these steps, we tried to carry this message to alcoholics, and to practice these principles in all our affairs.
The final step encourages people to help others overcome alcoholism. This step signifies the completion of the cycle of life.

Alcoholics Anonymous, or AA, gives people in recovery an opportunity to meet and connect with others on a similar journey. The community fostered by AA provides a welcoming and loving environment for recovering alcoholics. It also aims to help these people strengthen their vow to get sober, by instilling the 12-Step philosophy of self-recovery.

Dozens of organizations have followed in the footsteps of AA, as community gathering places for people facing addiction those in recovery, but AA remains the largest fellowship of its kind. Meetings for AA are held in over 170 countries, with an estimated 2 million members enrolled in the program. Despite some conflicting scientific evidence on the effectiveness of the group’s methods, it continues to reach thousands of new members a day.

Ready to Start Your Recovery?

Alcoholics Anonymous, while originally designed to support people with alcoholism, has seen more and more members with a variety of substance habits. In staying true to the program’s name, the meetings tend to focus on alcoholism. But as drug addiction becomes more common, AA has welcomed people with drug problems to attend the program and work the 12 Steps alongside the other members. Nobody attending an AA meeting is required to pay a fee, and is only asked to donate what they can in order to help pay for the amenities the group provides.

There are 2 million members currently enrolled in AA.

The philosophy behind the 12 Steps and AA’s approach to getting clean have detractors, and some argue the program only delays addicts from seeking the help they need. But it’s hard to ignore the global impact of Alcoholics Anonymous and the fact that AA offers alcoholics and addicts a safe (and affordable) place to discuss their problem and make friends in the process. 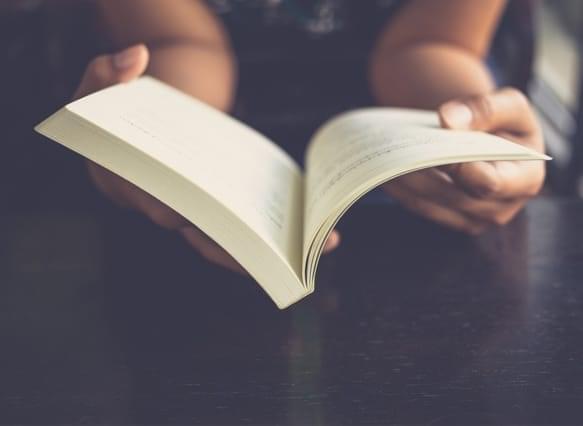 What to Expect at Alcoholics Anonymous Meetings

Thousands of AA meetings are held around the world each week. Sessions can be open or closed to the public. Open meetings allow friends and loved ones of individuals with alcohol addiction to attend, while closed sessions are reserved just for people with drinking problems.

Meetings last about 60 to 90 minutes and are typically held in public forums, such as schools, churches or community centers. They often involve meditating, praying, reading AA literature and sharing personal stories. A member or the entire group will read the 12 Steps and the 12 Traditions of AA out loud.

AA meetings are anonymous. During meetings, people introduce themselves to the group using only their first names. They can share their stories from the past week, such as alcohol-related challenges they faced or positive experiences dealing with triggers. But participants are discouraged from giving advice to one another, and crosstalk is not permitted. During meetings, members make announcements and pass a hat or basket around for donations. Because AA does not charge for attendance, these donations help pay for costs such as literature and incidental expenses.

The first meetings of Alcoholics Anonymous were held in 1935, organized by founders Bill Wilson and Dr. Bob Smith. Wilson would soon come to be known as “Bill W.” in keeping with the anonymous nature of the group’s philosophy. He quickly became the face of the organization.

Bill W., a recovered alcoholic himself, set out to help others battling the disease after having a spiritual awakening while in rehab. He spelled out the principles that helped him get clean, which would be published in 1939 as Alcoholics Anonymous – also known as “The Big Book.” This became the handbook for AA meetings and, as the group evolved from its roots in Ohio to a worldwide phenomenon, became the words to live by for any alcoholics with a desire to get sober. 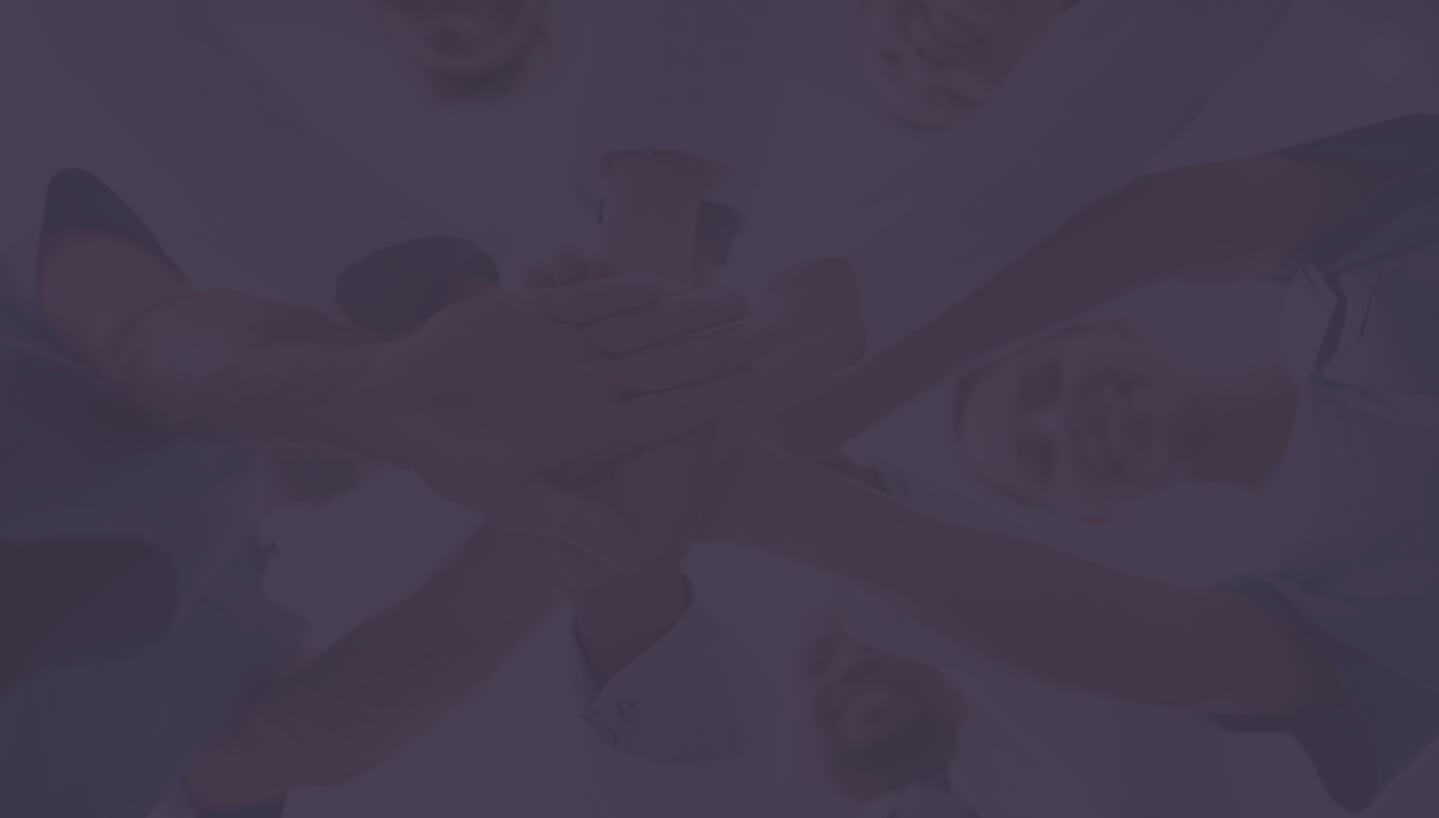 The Big Book describes, among other things, the famous 12 Steps of recovery. By following these steps, and building the rest of your life around them, Bill W. believed you have the power to overcome the struggles of alcohol addiction and improve your life at the same time. At every AA meeting around the world, new members are introduced to the 12 Steps and are instructed on how to “work the steps.” With the help of fellow members, they practice the 12 Steps and report their successes or failures at subsequent meetings.

Over the years, AA has created several other publications and, through the Internet, reached a new set of people looking for help. Branches of AA open all the time, with over 114,000 meetings currently scheduled around the world. 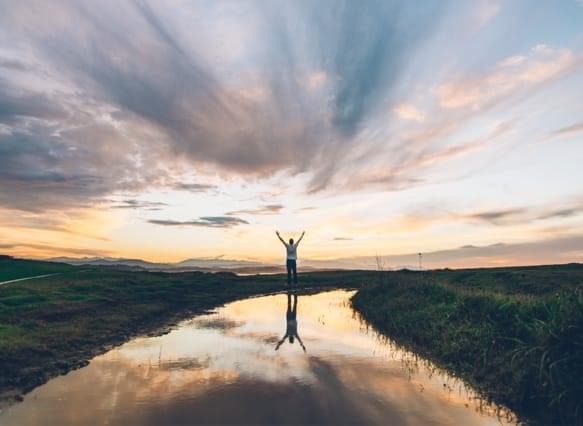 The origins and foundation of Alcoholics Anonymous are grounded in Christianity, which is seen by the wording of the original 12 Steps. Bill W. credits his relationship with God with helping him to overcome his own addiction.

As the organization expanded in size, it gradually reduced the prevalence of religion in the literature. The current packet for new members reads:

AA is not allied with any sect,
denomination, politics, organization or institution; does not wish to engage in any controversy; neither endorses nor opposes any causes.

AA remains a religious organization at its core, and by becoming a member, you are likely to encounter spirituality through the stories of other members and the 12 Steps. Religion’s role in AA turns some people off to the program. Because of this, a number of other 12-Step programs have come along that reword the 12 Steps.

Doctors advise against using Alcoholics Anonymous, or any 12-Step program, as a substitute for traditional rehab.

As a standalone cure for alcoholism, AA only has a 5-8 percent success rate. Members who stay in AA for a prolonged period of time have an unpredictable rate of relapse.

The group attracts a large number of critics, who feel that it might for do harm than good for someone battling a serious addiction. But for many, AA provides something for addicts that therapy or medication can’t: camaraderie. Meeting friends, and building a bond with your fellow members while helping each other stay clean, can be a lifesaver for addicts.

How and Where to Join AA

A search of the Alcoholics Anonymous website can help you find local AA meetings, along with their contact information and a link to their website. Should you decide to give AA a try, reach out to your nearest branch with any questions you may have.

Find AA Meetings in Your Area

It’s free to attend AA meetings. All that’s requested of you is a strong desire to be sober.