Orlando’s local government and community organizations provide the right balance for you as you receive treatment for substance abuse. The city offers effective initiatives to fight drug and alcohol abuse and resources designed to help you get back on track. These include a number of colleges that support students in recovery, vocational programs to help you find employment after treatment, and sober living homes where you can thrive away from drugs and alcohol.

Orlando offers a wide range of rehabilitation centers that specialize in treating drug and alcohol addiction as well as co-occurring disorders. Alcoholics Anonymous and Narcotics Anonymous host meetings in the Orlando area seven days a week. These support groups can help you achieve long-term sobriety by providing an opportunity to express yourself and receive advice from other people in substance abuse recovery. 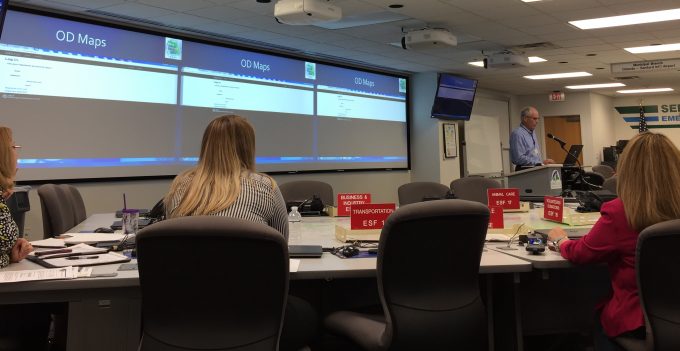 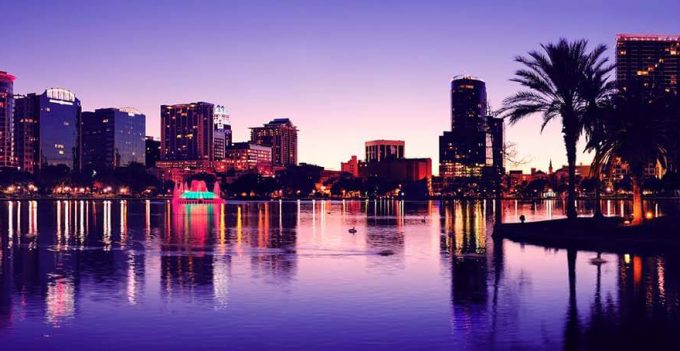 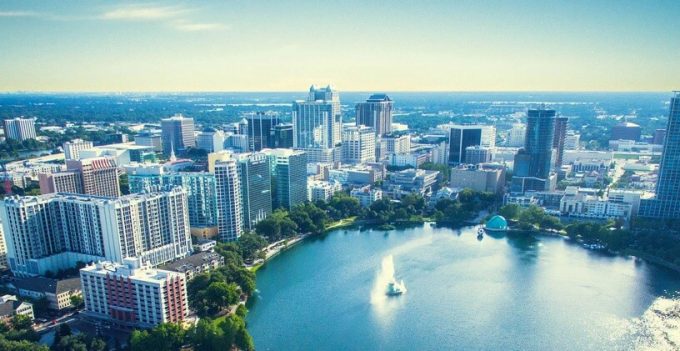 Primarily known for its theme parks and attractions, Orlando, Florida, has robust treatment and recovery programs for drug and alcohol abuse. The local government of Orange County is actively tackling prescription drug and heroin abuse by setting up task forces and promoting awareness on the dangers of substance use.

Number of deaths by prescription drugs

The DOJ report attributes the surge in prescription drug abuse and distribution to rogue pain management clinics in the Central Florida area. These clinics, also known as pill mills, are responsible for the widespread availability of these controlled prescription drugs across the eastern United States. In 2015, the Orlando Sentinel reported that drug-related deaths in Orange and Osceola counties increased by 26 percent from 2013 to 2014, citing heroin and fentanyl as leading causes of death. The Florida newspaper also added that prescription drugs were responsible for more deaths than heroin; however, the trend was declining because of the crack down on pill mills. Results from the 2011 National Drug Threat Survey show that 11 of the 30 law enforcement respondents in the Central Florida High Intensity Drug Trafficking Area (HIDTA) reported that cocaine was the greatest drug threat in their jurisdictions. They also linked cocaine to violence and property crime in the area. Nearly 73 percent of the respondents revealed that cocaine was the drug that most contributes to violent crimes, while nearly 47 percent reported the same for property crime in the region. Marijuana is another prevalent drug in the Central Florida HIDTA. Drug trafficking organizations are coming up with new strategies to cover up their grow operations, making it more difficult for law officials to detect them.
Get Treatment That’s Tailored To You.Addiction is not a one-size-fits-all problem. Get a recovery plan that’s made for you. Get Help Now 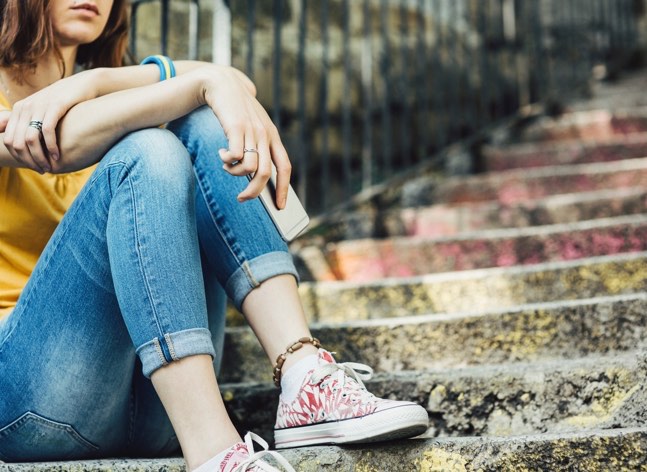 Teenage drug use is alarming, especially when you consider that most teenagers who use gateway drugs, such as marijuana and alcohol, are up to 266 times more likely to develop a cocaine addiction than those who do not, according to the National Center on Addiction and Substance Abuse. In its 2015 High School Youth Risk Behavior Survey, the Centers for Disease Control and Prevention disclosed that 20.8 percent of high school students in Orange County, Florida, reported they were offered, sold or given an illegal drug on school property in the past year.

(Substance Used at Least Once During Their Life)

The survey also pointed out that 15.5 percent of Orange County high school students consumed alcohol before they reached 13 years of age, while 7.2 percent consumed marijuana before age 13.

The City of Orlando has implemented several drug task forces and other initiatives to address the rampant substance abuse problem in the area. Two of the task forces include the Prescription Drug Task Force and the Orange County Heroin Task Force.

In August 2015, Orange County Mayor Teresa Jacobs and Sheriff Jerry Demings announced the creation of the Orange County Heroin Task Force, which combined the prevention efforts of more than 20 leaders in local law enforcement, health care and education. The task force was set in place to address the increasing heroin epidemic and overdose-related deaths in Orange County, Florida. Through rigorous awareness and education programs, it plans to target schools to teach students about the dangers of heroin. The task force also proposed a number of law enforcement measures, such as equipping law officials with the opioid reversal drug naloxone and increasing punishment for heroin dealers.

In July 2011, the local government of Orange County implemented a four-month Prescription Drug Task Force to examine the extent of the prescription drug problem in the community. The task force’s mission was to review state legislation and local ordinances and create substance abuse prevention strategies. It was also responsible for determining whether pain management clinics needed to be regulated. At its conclusion, the task force offered recommendations for health care and pharmacy professionals as well as an action plan for enforcement.

In an effort to combat prescription drug abuse in the area, the City of Orlando set up multiple drop-off locations for people to dispose of their unused or unwanted prescription medications.
Prescription drug drop-off locations in Orange County:
In 2015, the Orlando Police Department collaborated with the Drug Enforcement Administration for a Prescription Drug Take Back Initiative. This initiative provides a safe, convenient and responsible way to dispose of unneeded prescription drugs while educating the residents about the abuse potential of the drugs. The DEA has been working with local law enforcement partners to host National Prescription Drug Take-Back Day events since 2010.

On March 7, 2011, Operation Pain Killer II — a two-month multiagency investigation targeting Central Florida prescription drug traffickers — arrested 76 people and seized more than 28,000 units of prescription medicine, including oxycodone, hydrocodone and alprazolam. The Florida Department of Law Enforcement reported that the investigation was a collective initiative by the Central Florida HIDTA and other law enforcement agencies in the fight against prescription medication abuse.

Amid the growing number of heroin-related deaths in Orange County, the University of Central Florida trained its campus police on how to use naloxone to reverse the effects of an opioid overdose. According to a 2015 article published in the Orlando Sentinel, the UCF Police Department received roughly 150 doses of naloxone that were distributed to 70 officers. “Heroin and other opioids, such as OxyContin, have been a major public health threat. Our students live in the community, our faculty and staff live in the community, and you can’t ignore this problem. We have to be proactive,” Dr. Michael Deichen, director of UCF Student Health Services, told the Orlando Sentinel. 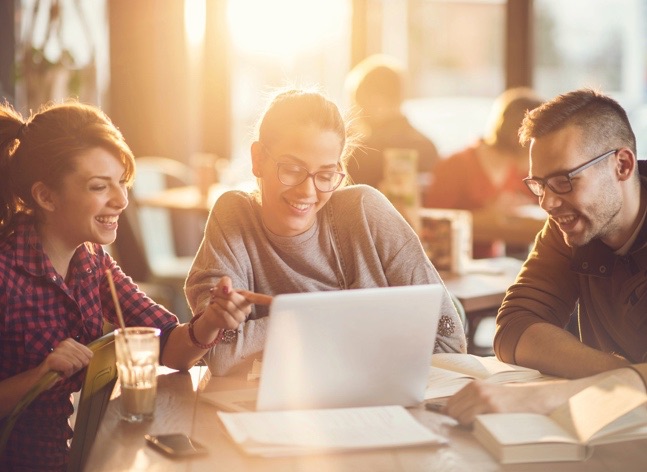 Substance Use Resources for College Students in Orlando, FL

College is a time of new experiences. Because of the changes, stressful transitions and peer pressure, students sometimes engage in substance use. Colleges in Orlando have robust drug and alcohol programs that are dedicated to helping students achieve full recovery with treatment and counseling.

UCF Student Health Services provides free drug and alcohol services to students. It also offers evidence-based individual and group therapy, including behavioral therapy, motivational enhancement therapy, dialectical behavioral therapy and 12-step facilitation therapy. Through its Collegiate Recovery Community, the university supports students in recovery. The CRC allows students to continue with their education while they recover from drug or alcohol addiction. The CRC is a network of students who wish to maintain a drug-free lifestyle. They sponsor several recovery meetings, where students are encouraged to share their experiences. They also sponsor Sober Knights, a group of students who prefer entertainment and activities without alcohol.

Rollins’ Office of Counseling and Psychological Services offers alcohol education classes on a bi-weekly basis. It also hosts weekly Alcoholics Anonymous meetings and provides an Alcohol, Tobacco and Other Drug group twice a week for students who want to regulate their substance use. The college provides students with the preventative Brief Alcohol Screening and Intervention for College Students, which offers two individual substance abuse intervention sessions. In a 2015 article published on its website, Rollins College announced it had recruited a full-time substance abuse counselor to address drug and alcohol issues on campus. The article also mentioned that the college is planning to establish a campus recovery program to assist students struggling with drug or alcohol addiction or relapse prevention.
Earn your degree. Maintain your recovery.Learn more about resources for college students who are seeking a degree after completing an addiction treatment program. Get Help Now 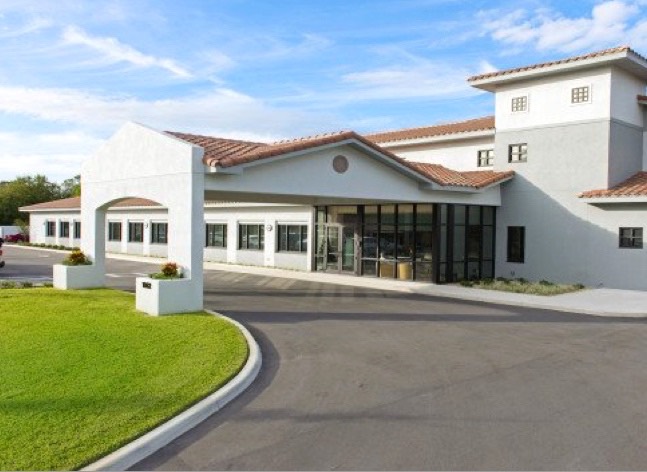 The Orlando community understands the importance of substance abuse awareness. It is striving to become a drug-free community through coalitions and prevention initiatives.

The Orange County Drug Free Coalition was created to combat the drug problem in Orange County, Florida. It aims to collaborate with community members and agencies to discourage the misuse of alcohol and other drugs among youth and adults through education, prevention, enforcement and treatment. The coalition supports several prevention and awareness campaigns, such as the Secure Your Meds campaign and Prescription Drug Take Back Day. The coalition also uses federal and collegiate grants to allocate resources to combat substance abuse problems in the community.

Seminole Prevention Coalition is a nonprofit organization that seeks to build a substance-free community in Seminole County. It collaborates with several community entities such as nonprofits, government agencies, law enforcement, faith and community-based organizations, and local businesses to keep youth and families away from drugs and alcohol. Through its Pitch Your Pills campaign, the coalition aims to teach the residents of Central Florida how to dispose of their prescription and over-the-counter medications properly and educate people about the prevalence of prescription drug misuse.

The absences, tardiness and poor job performance resulting from substance abuse can be detrimental to a person’s career. A stable job can help the individual maintain sobriety after substance use rehabilitation. Vocational counseling and services are necessary to help people achieve a full recovery.

Through its mental health programs, the Division of Vocational Rehabilitation collaborates with mental health centers, programs and service providers to help people with mental illnesses find jobs. Because substance abuse sometimes leads to disabilities, individuals may look to the organization to be placed in an ideal job tailored to their needs. The Division of Vocational Rehabilitation also has a supported employment program where it strives to help people who have had multiple job-seeking difficulties find employment. The program uses job coaching to help the individuals find jobs in their communities.

The Domiciliary Residential Rehabilitation Treatment Program, located in Orlando, Florida, is an initiative by the Department of Veterans Affairs to assist at-risk veterans so they can independently function in the community. The program offers evidence-based treatment services for mental illnesses, alcohol and drug addictions, medical illnesses and employment needs. The program actively seeks to help veterans find stable jobs while maintaining a life free of substance use. 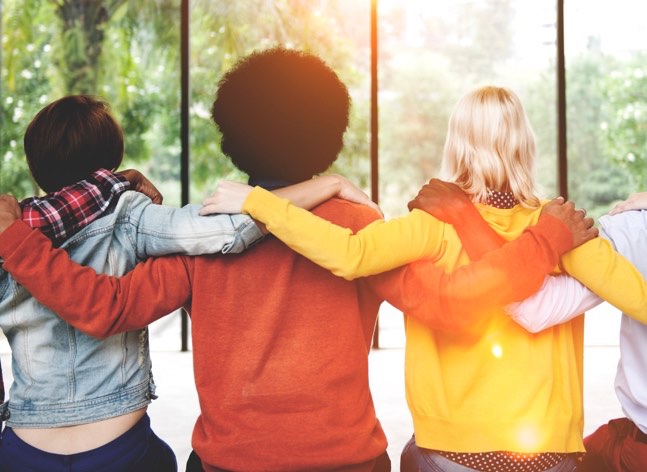 Located in Deland, Florida, the Haven Recovery Transitional Housing Program offers a housing solution to homeless veterans in the area. In order to be eligible for the program, veterans must have been sober for 30 days and willing to respect the house rules.

The Center for Drug Free Living

This program offers homeless veterans a structured community where they can interact with people sharing similar experiences. Individuals at The Center for Drug Free Living meet with a case manager to determine their need for treatment and aftercare. Veterans will receive the appropriate level of care depending on their degree of substance use.