From Fernandina Beach to Palm Coast, the Jacksonville metro area has several drug rehabilitation facilities for people looking for addiction treatment. Community organizations work with local governments to promote a community free of substance abuse. You can recover from addiction by visiting a rehabilitation center.

Jacksonville has many rehabilitation centers that can provide the care you need as you transition to a life free from drugs and alcohol. The city also hosts numerous Alcoholics Anonymous and Narcotics Anonymous meetings that provide a platform to share your experiences and meet people in similar situations. 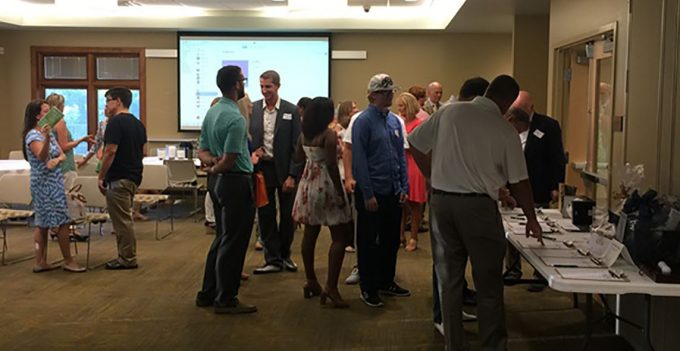 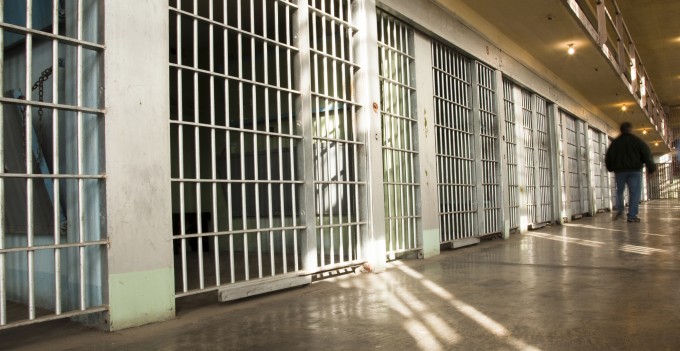 Jacksonville has many rehabilitation centers that can provide the care you need as you transition to a life free from drugs and alcohol. The city also hosts numerous Alcoholics Anonymous and Narcotics Anonymous meetings that provide a platform to share your experiences and meet people in similar situations. Heroin is an undeniable problem in the area. In a 2016 interview with News4Jax.com, Jacksonville Sheriff Mike Williams reported an increase in heroin arrests and overdose deaths. From 2014 to 2015, the Jacksonville Sheriff’s Office recorded a 265 percent increase in heroin-related deaths. 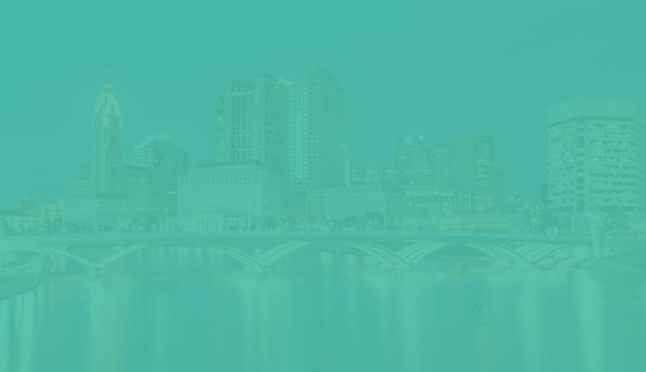 Williams attributed the rise in heroin consumption to the closure of several pill mills in the Jacksonville area. “We want to make everyone aware, with the closure of the pill mills, you usually have a group of people, a population addicted to opiate-based drugs,” he said. When the supply of drugs from pill mills is cut off, people addicted to prescription drugs often turn to heroin because of its cheap cost and availability. In September 2015, the Florida Medical Examiners Commission released a report detailing 2014 drug trends in Florida. That year, prescription drugs were responsible for the majority of drug-related deaths in Jacksonville’s medical examiner district, which includes Duval, Clay and Nassau counties. According to the National Drug Intelligence Center, street gangs distribute drugs such as cocaine and marijuana in Jacksonville. Because of the city’s ideal location and numerous transport options, Jacksonville has proven to be central to drug trafficking on the East coast.

A News4Jax.com article, published in July 2015, reported that teenage drug use was more prevalent in the Jacksonville area than in other parts of Florida. Experts said substance abuse typically spikes in the summer when teens have more time. About three out of 10 high school students in Duval County admitted to being current alcohol consumers in the Centers for Disease Control and Prevention’s 2015 High School Youth Risk Behavior Survey. The survey also disclosed that 40.5 percent of Duval County high school students obtained the alcohol they drank from another person.

Marijuana is the second most popular substance in Duval County high schools, and 11.5 percent of students admitted to consuming the drug before the age of 13. According to the CDC survey, 29 percent of high school students in Duval County acquired illegal drugs on school property. “It was incredibly easy. You would just have to ask someone in the hallways or send them a text. Or a lot of the times someone’s older sibling or someone’s older boyfriend or girlfriend would be able to get it for you,” Elizabeth, a recovering drug addict, told News4Jax.com.
Learn more about substance abuse trends in Florida.
Read More

Jacksonville is one of the nation’s main ports of entry for travelers, mail and cargo, which makes the city vulnerable to drug trafficking. With the assistance of local and federal law enforcement agencies, the Jacksonville Sheriff’s Office strives to dismantle drug operations and keep drugs out of the city.

Sergeants and detectives in the Narcotics Unit’s four Tactical Narcotics Squads investigate citizen complaints and track down local low-level drug dealers and buyers. Operations the squads perform include undercover buys, search warrants, investigative contacts, interdictions and reverse drug sales. The goal of this operation is to remove drug dealers and buyers from the streets Jacksonville.

The Major Case Narcotics Squad is responsible for drug-related cases that involve the upper levels of illegal drug operations or require lengthy investigations. This squad comprises detectives who recognize, investigate and disassemble high-level drug trafficking organizations in the Jacksonville area.

Funded by the federal government, the North Florida HIDTA equips state and local law enforcement agencies to reduce or eradicate drug trafficking incidences in the North Florida area. The HIDTA program promotes information sharing and cooperation between agencies and organizations. Some agencies assigned to the NFHIDTA include the Currency/Narcotics Transportation Interdiction Squad, the Violent Crimes/Narcotic Task Force and the Prescription and Designer Drug Squad.

Operation Eastbound and Down

In September 2015, News4Jax.com reported that Operation Eastbound and Down, an initiative of the Jacksonville Sheriff’s Office, dismantled two prominent drug-trafficking organizations after nine months of comprehensive undercover work. The sheriff’s office worked with the FBI, the State Attorney’s Office, the Florida Department of Law Enforcement, the Florida Highway Patrol and sheriff’s offices in Texas and Georgia. “These two organizations were responsible for bringing potentially 100 kilos or more of cocaine into this city a year,” Sheriff Mike Williams said. Williams also added that his department is dedicated to making Jacksonville one of the hardest cities in the nation to deal drugs in.
Ready to Make a Change?Get help with your addiction today! Get Help Now

The local government and residents of Jacksonville are conscious of the growing drug-related problems in the area. They are working to halt substance abuse by collaborating with numerous agencies to create awareness, prevention and treatment solutions.

Drug Free Duval aims to rid Duval County of substance abuse through community-level change. The coalition collaborates with several other organizations to achieve its goal. Drug Free Duval analyzes data to determine substance-abuse problems in the community and creates action plans to tackle those problems. In March 2016, the Florida Department of Health in Duval County announced a partnership with Drug Free Duval to develop and implement a strategy to fight the heroin problem in the county. The initiative is guided by community leaders, law officials, schools and organizations.

In September 2016, the Orlando Sentinel reported that Jacksonville opened its first recovery high school — also the first in the state of Florida — where students can receive substance abuse therapy while attending school. River Oak School aims to equip students with the necessary emotional, academic and social tools to recover from substance abuse and graduate high school. The school offers rolling admissions, individualized learning plans and a flexible curriculum.

Resources for College Students in Jacksonville

The city of Jacksonville works hard to assist students affected by substance abuse. Colleges in the area support students through their recovery, allowing them to beat addiction while focusing on their educational goals. 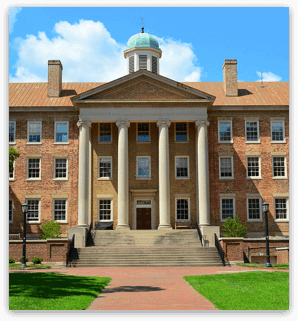 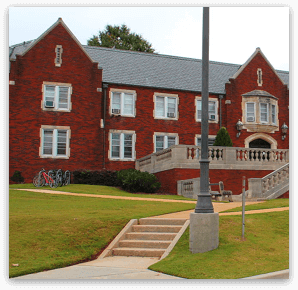 Jacksonville State University established a Collegiate Recovery Community where students can fulfill their degree requirements while remaining sober from drugs or alcohol. The CRC requires students to have been abstinent from drugs and alcohol for at least six months prior to joining the program. The students must attend seminars and recovery meetings on a weekly basis. They must also maintain a required GPA, actively participate in 12-Step recovery programs and perform community service. 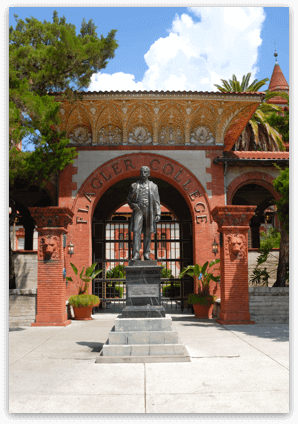 Flagler College offers broad services to its students, including counseling and crisis intervention for alcohol and drug use disorders, anxiety, eating disorders and other co-occurring disorders. The college offers Alcohol e-CheckUpToGo and Marijuana e-CheckUpToGo, two interactive websites designed to reduce drug and alcohol use on campus. Students can complete brief assessments on their drinking or drug use patterns and receive personalized feedback. Flagler College’s Campus Assessment, Referral and Evaluation (CARE) team supports the well-being of students and faculty by providing a platform where peers can report behavioral concerns to professionals. The CARE program can assist students or staff with medical intervention for substance abuse and mental health concerns.

People in recovery often struggle with finding jobs because of time spent in drug or alcohol rehabilitation. Jacksonville has vocational programs that are dedicated to helping individuals in recovery learn the life and professional skills needed to acquire a job.

Operation New Hope’s Ready4Work program eases ex-offenders’ reintegration to society by helping them find jobs in the Jacksonville area. The faith-based nonprofit’s four-prong approach includes case management, life coaching, job training and job placement assistance. It aims to motivate people to become productive, responsible contributors to their community. Candidates for the program are required to undergo a complete background check and must be ex-offenders who did not commit violent or sexual crimes. Once accepted, clients are regularly screened for illegal drug use. Clients attend a comprehensive training course spanning four to six weeks that covers life and employment skills. The team assists people with preparing for interviews and works with individuals to find strengths that can be used secure a job.
Are You Looking for Help?

Located in the historic district of Jacksonville, Florida, City Houses offers the perfect environment to recover from drug and alcohol addiction. The sober living environment hosts recovery-based activities every month and has an in-house chef that prepares meals for clients. It allows residents to volunteer with organizations in the community. The facility also helps clients find jobs and provides them with the necessary tools to reintegrate into society. City Houses requires individuals to have a minimum of three days of sobriety prior to entering the facility. Residents must also comply with all the house rules, including requirements for drug testing, chores, curfew and AA meeting attendance. The facility does not allow sex offenders or people with violent charges, and it does not admit clients who have narcotics prescriptions.