Addiction is a chronic brain disease that causes compulsive activity despite health, social and legal consequences. The disease is caused by a variety of factors and lead to long-term negative consequences that can be deadly.

Get Help With Your Addiction
Addiction
Topics on this Page
Topics On this page
Author: Chris Elkins, MA | Last Updated: 2/27/20 | 13 sources

A person may seem to make a voluntary choice to try a drug or begin a type of behavior, but a variety of genetic and environmental factors influence those decisions. Those factors increase or decrease the likelihood of an individual becoming addicted to that substance or behavior.

The disease of addiction can occur after ingesting drugs or alcohol or engaging in activities that stimulate the pleasure centers of the brain. It is exemplified by continued compulsive behavior that compromises a person’s health, career and relationships.

The brain of an addict physically changes when he or she continues the behavior driving their addiction, especially when the addiction involves drugs or alcohol. However, any stimulating behavior can cause changes that lead to addiction.

“Most drugs start off being rewarding,” former National Institute on Drug Abuse Director Dr. Glen Hanson told DrugRehab.com. “That gets the person interested in them… As the addiction proceeds, then some of that shifts. It goes from the reward being the attraction to a compulsive behavior. Compulsive behaviors aren’t necessarily rewarding behaviors.”

Addiction, whether in the form of substance use or other behavior, usually begins with a positive experience. However, the high that drugs give a drug user or the thrill that compulsive behavior gives an addict eventually result in negative long-term consequences that outweigh any short-term benefit. 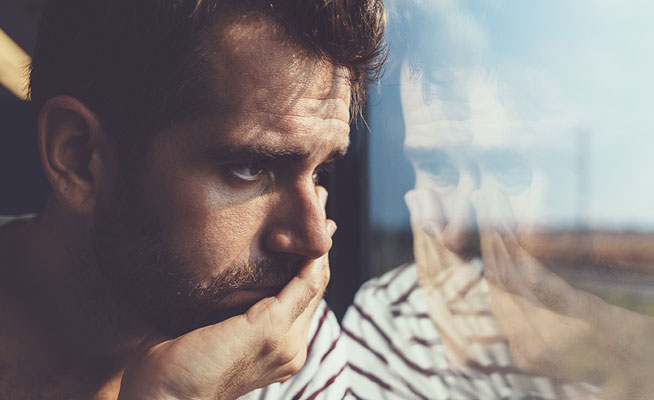 What Are the Different Types of Addiction?

Addiction can be either behavioral or substance related. An intense feeling of emotional need or physical craving characterizes them both. Both types of addiction carry a number of other similarities, but behavioral addiction does not possess the same physical symptoms that accompany drug addiction. Experts disagree on the similarities and differences between the symptoms and consequences of the types of addictions.

Drugs are addictive substances that change the way the body — the brain in particular — handles communication and processes information. Long-term drug use causes physical changes in the brain that lead to a substance use disorder. Different drugs affect the body differently.

“The kind of treatment you provide is very individualized. It depends on who the person is, what support systems they have in place and their dedication.”

Alcohol addiction is often referred to as alcoholism or an alcohol use disorder. It’s one of the most common addictions in the United States, with an estimated 16.6 million suffering from the disease. Alcohol addiction occurs when regular, excess drinking causes harm or distress.

Types of problem drinking include:

Alcohol dependency and alcohol abuse
Once categorized as separate disorders, now commonly referred to as an alcohol use disorder.
Binge drinking
Occurs when an individual consumes a high amount of alcohol, between four and five drinks, in a single day.
Heavy drinking
Occurs when an individual consumes five or more drinks on five different occasions in a single month.

Illicit drugs are outlawed substances consumed by individuals trying to obtain a high, altered perception of reality or feelings of relaxation and happiness. The drugs cause desired short-term disruptions in the brain, but they also cause undesirable long-term changes to the brain and other vital organs in the body, leading to drug addiction.

Prescription drugs are approved medications used to treat symptoms of diseases and other medical conditions. Even when used as prescribed, they can cause physical changes that can lead to addiction. When they’re used in any way other than as prescribed by a doctor, the likelihood of prescription drug addiction drastically increases.

Common drugs that cause prescription drug addiction include:

As with drugs, certain behaviors cause brief feelings of happiness or euphoria. However, some long-term behaviors cause a person to lose control of their actions. People suffering from these addictions experience symptoms similar to those of drug addicts, including cravings, tolerance, withdrawal and relapse. 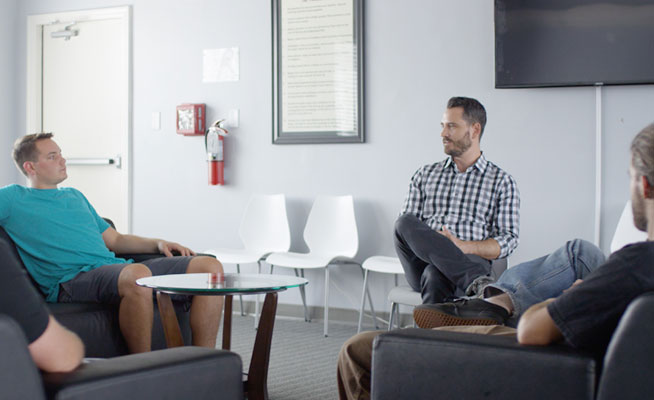 How Is Addiction Recognized?

Addiction affects people differently. The visible and invisible symptoms of addiction differ depending on the drug or behaviors causing the addiction, but most addictions cause a person to act differently. A person’s appearance may change. They may take more risks, neglect regular activities and begin having problems with personal relationships.

How Is Tolerance Different from Addiction?

Tolerance refers to a physical adaptation within the body in which an individual requires a higher amount of drugs — or a greater amount of behavioral activity — to achieve the same effect. It is a common symptom of addiction, but an increased tolerance does not always mean addiction is present.

How Is Physical Dependency Different from Addiction?

Dependency is a physical adaptation in which the body craves a substance or behavior in order to function normally. Dependency is often accompanied by an increase in tolerance. It is also a common symptom of addiction, but someone can be dependent on a drug without being addicted to it if it does not cause compulsive, harmful behavior.

What Is a Functioning Addict?

High-functioning addicts are people who suffer from a drug or behavioral addiction but are still able to perform at a high capacity in work, social or other settings. However, they are negatively affected by their addiction despite their appearance. They may suffer less obvious consequences of addiction, such as financial or health problems. 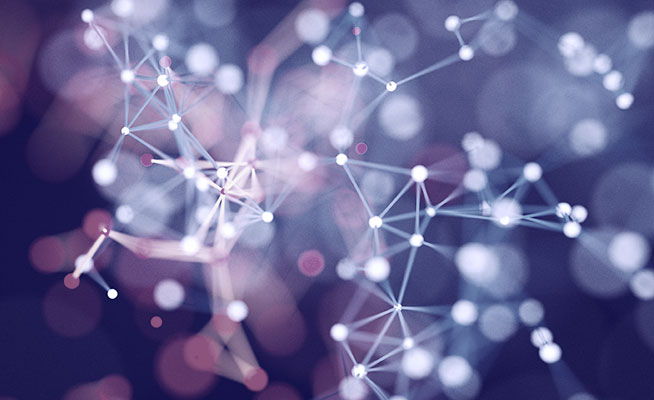 Addiction runs in families. More than 100 genetic traits that increase someone’s risk for addiction have been discovered. They range from genes that affect the way someone physically responds to a substance to genes that influence compulsive and risky behavior.

Environmental risk factors play almost as much of a role in addiction as genetics. Children raised in high-risk environments — for example, homes in which drug use is common or stress is high — are more likely to develop an addiction later in life, as are people exposed to traumatic events.

“Most drugs start off being rewarding. That gets the person interested in them… As the addiction proceeds, then some of that shifts. It goes from the reward being the attraction to a compulsive behavior. Compulsive behaviors aren’t necessarily rewarding behaviors.” 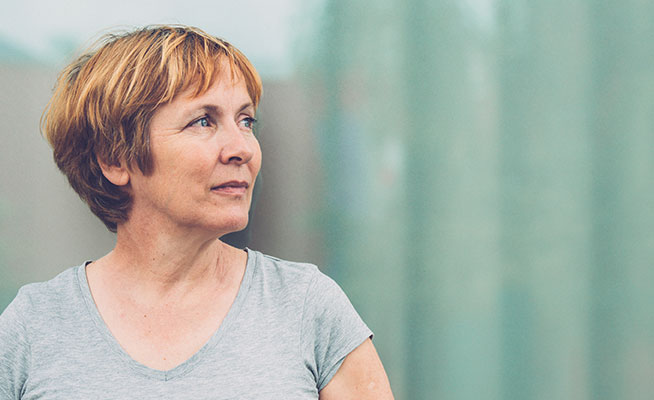 What Are the Symptoms of Addiction?

Drugs and compulsive behavior can cause both positive and negative consequences in the short term. Addiction begins when negative long-term symptoms begin to develop. 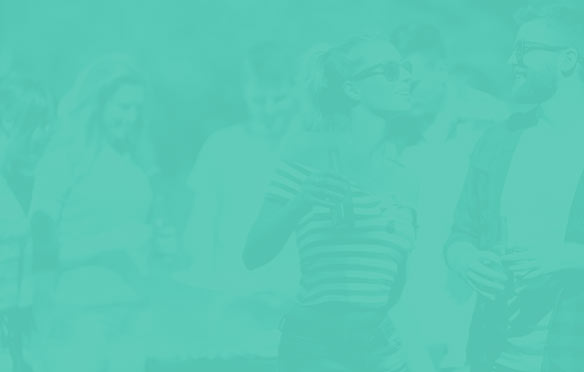 Increased tolerance and dependency are common physical symptoms of addiction. Other physical symptoms include decreased energy and ability to focus. Addiction can also cause problems with blood pressure, heart rate and memory.

People who suffer from addiction often feel withdrawn from life. They lose interest in hobbies and activities they once found enjoyable and disconnect from friends and family. Feelings of sadness, loneliness and desperation are common.

What Are Other Complications of Addiction?

Addiction eventually becomes the most important thing in an addict’s life, and maintaining the addiction becomes their top priority. 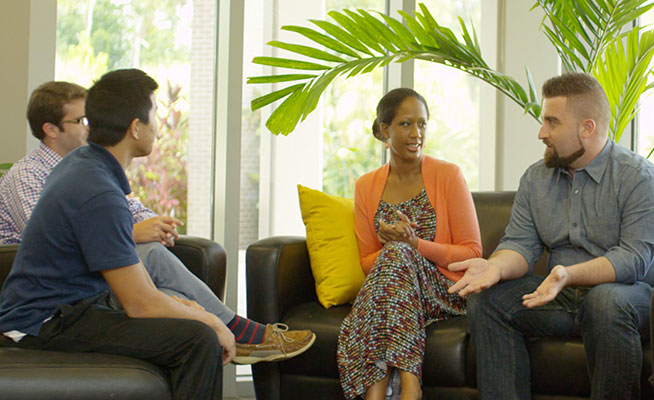 How Is Addiction Treated?

Addiction and co-occurring mental health disorders can be effectively treated at addiction rehabilitation centers and other health care facilities. Personalized treatment plans help ease symptoms of withdrawal, teach individuals to live without their addictions and prepare for the rest of their lives.

How Can Family Members Help?

Families are often the most effective support systems for people suffering from addiction, but they suffer side effects of their loved one’s behavior, too. A number of resources can help addicts and their families recover.

Laura Clarke of Advanced Recovery Systems encourages family members to love and support a loved one with an addiction.

Family-focused therapy helps addicts understand underlying causes of their behavior, and it helps family members understand their roles in preventing addiction. Family therapy is generally effective with teens and families with a history of addiction.

Al-Anon is a free support group for people affected by a family member’s alcohol addiction. There are numerous Al-Anon meetings in communities across the country, and Alateen meetings focus on helping teens affected by alcoholism in the family.

The best way to help a person struggling with addiction might be to confront them. When family and friends hold an intervention, they’re reaching out to their loved one in hopes of convincing them to get help.