Triggers are internal and external cues that cause a person in recovery to crave drugs and eventually relapse. Patients need to understand the nature of triggers before they can begin proper treatment. Learning how to cope with triggers and thoughts of substances can help the individual successfully reintegrate into society.
RecoveryRelapseTriggers
Topics on this Page
Topics On this page
Author: Sonia Tagliareni | Last Updated: 5/31/18 | 9 sources 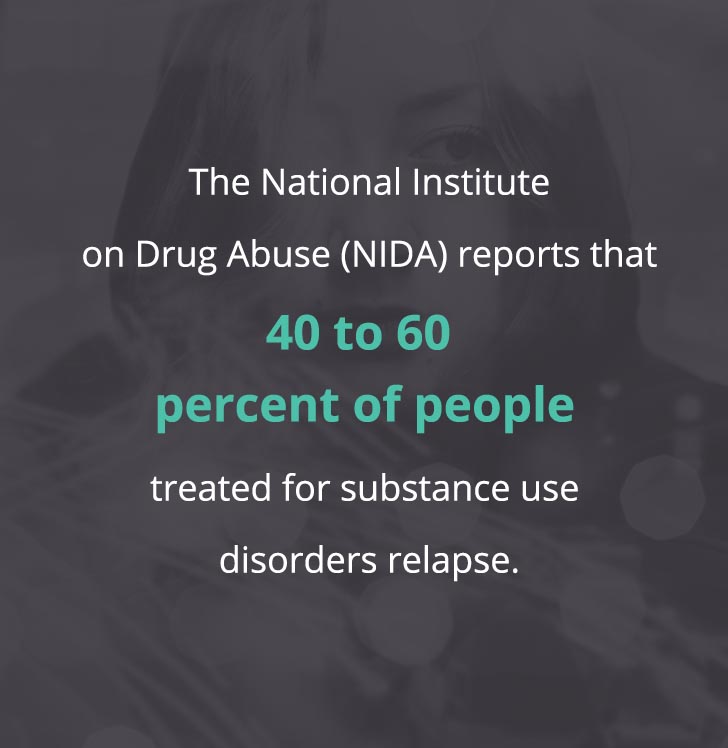 Triggers are social, environmental or emotional situations that remind people in recovery of their past drug or alcohol use. These cues bring about urges that may lead to a relapse. While triggers do not force a person to use drugs, they increase the likelihood of drug use. The National Institute on Drug Abuse (NIDA) reports that 40 to 60 percent of people treated for substance use disorders relapse.

Long-term drug use creates an association in the brain between daily routines and drug experiences. Individuals may suffer from uncontrollable drug or alcohol cravings when exposed to certain cues. The cravings act as a reflex to external or internal triggers, and this response can even affect individuals who have abstained from drugs or alcohol for a long time.

Allison Walsh of Advanced Recovery Systems explains what triggers are, how you can identify triggers and why it’s important to learn to cope with triggers.

External triggers are people, places, activities and objects that elicit thoughts or cravings associated with substance use. Individuals in recovery can stay away from the dangers of external triggers by developing action plans to avoid triggers that remind them of past drug use. They should also be prepared to fight thoughts and cravings when they are in triggering situations.

A study by NIDA discovered that cocaine-related images subconsciously prompted the emotional centers of the brains of former users. These underlying stimuli and cues set off a rapid activation of the circuits associated with substance cravings.

The research maintained that subconscious cues are dangerous because they reinforce the patient’s desire to restart using drugs without them being aware of it. Researchers highlighted the importance of avoiding the people, places and things that remind patients of their former lifestyle.

People closest to the individual may set off cravings that eventually lead to a relapse. It is perilous for a person in recovery to be around substance-using friends and family. Even peers who abstain from illicit drugs can be dangerous. Offering alcohol to a former addict may trigger feelings that urge the individual to use drugs.

People who may influence cravings include:

Friends and family may not understand the consequences of negative behaviors toward people in recovery. These behaviors can make the individuals feel alienated and push them toward substance use.

High-risk places remind former drug users of the times they engaged in substance use. Walking or driving through places where they used to drink or consume drugs can spark a memory connected to drug or alcohol use.

Some high-risk places may include:

Objects in an individual’s everyday life may induce a craving. Cues such as spoons can trigger memories of drug use in former heroin users without them being aware.

Numerous objects can spark a drug-related thought, such as:

A NIDA study maintains that exposure to drug-related objects may influence a former addict’s behavior. The brain registers these stimuli and processes them in the same areas involved in drug-seeking behavior.

People at risk of a relapse should avoid stressful situations that are likely to push them to use drugs and alcohol.

While holidays are a time of celebration for some, they may be a struggle for people in recovery. Holiday parties involving social drinking may be tricky. Family and friends often tempt those in recovery to consume alcohol because they are under the misconception that one deviation from the treatment plan will not be detrimental.

Patients in rehab may consider skipping treatment sessions or support group meetings to spend time with their friends and family. A break in the routine may leave periods of isolation where patients may be inclined to use substances.

Internal triggers are more challenging to manage than external triggers. They involve feelings, thoughts or emotions formerly associated with substance abuse. When internal triggers arise, they can lead to questionable behaviors that deter recovery progress. Exposure to these cues may cause individuals to crave and use substances.

A study of rats by the University of Michigan found that the rats largely preferred rewards that triggered the brain’s amygdala, part of the limbic system that produces emotions. The researchers also discovered that the rats were inclined to work harder to obtain the reward that triggered the amygdala than the same reward that did not trigger any emotion in the brain.

Researchers deduced that the amygdala played an important role in producing focused and exclusive desire, similar to drug addiction. Internal triggers act in reverse, associating these signals to the substances that elicit them.

Emotions that can act as internal triggers may include:

Individuals can recognize the feelings that can potentially set off a relapse by asking themselves these questions:

It’s important for people in recovery to be aware of the internal triggers they struggle with the most and have a plan in place to seek support when needed.

A study from Marquette University pointed out that stress rendered people in recovery more vulnerable to other relapse triggers. Researchers followed the cocaine use patterns of stressed and unstressed rats and used a low dose of cocaine as a trigger. The stressed rats’ responses to the trigger mirrored those of people during relapse.

In rats and humans, the hormone corticosterone increases the level of dopamine, a brain chemical that plays a major role in reward-seeking behavior, in the brain in response to stress. Cocaine and several other illicit drugs also boost levels of dopamine. The Marquette researchers stated a stressed animal previously exposed to cocaine will crave the drug because the dopamine surge from cocaine trumps the release of stress-related dopamine.

The Stages of Relapse

Triggers for addictive behavior do not initiate immediate use.

When people in recovery succumb to triggers, their brains create reasons to use substances despite knowing that they must remain abstinent. This ongoing fight increases their vulnerability to cravings, which may result in a potential relapse.

Former drug or alcohol users are in denial during emotional relapse, but they do not have thoughts of using. They are ashamed of the last time they relapsed and may have developed negative behaviors to cope with their thoughts. This state of mind is dangerous because it encourages bad health practices that can eventually lead to a full-blown relapse.

Signs of an emotional relapse:

During therapy for people experiencing emotional relapse, patients are encouraged to identify their denial and focus on self-care.

Mental relapse, or relapse justification, is the continuous fight between wanting to use and knowing you should not use. Individuals often underestimate the dangers of situations and fall into the trap of single-time use. They give themselves permission to use substances in a controlled way, but the frequency of use generally increases until they fully relapse.

Signs of a mental relapse:

A physical relapse occurs when someone starts using again. It is the culmination of an emotional relapse and a mental relapse. Physical relapses are one of the most challenging stages of relapse to overcome. In many cases, users cave to drug use during a window of opportunity and falsely believe it will cause no harm.

External triggers are easier to identify and manage than internal ones. Substance abuse treatment aims to help individuals recognize the early warning signs of relapse and develop healthy coping skills to thwart a potential relapse.

Triggers that happen outside of the individual are not necessarily beyond control. There are multiple reminders of substance use in a former drug user’s life, including people, places and things. Asking the right questions and taking the correct steps can enable people in recovery to healthily transition to their normal life without risking a relapse.

Recovering individuals can carry out personal exercises where they make a list of the people, places and things that remind them of their substance-using life. Asking certain questions about external triggers can help prevent relapse.

Some of the questions can include:

Individuals develop new thoughts, feelings and behaviors while using substances. These may include shutting family off, denying issues or justifying substance use. Healthier practices need to replace these negative internal processes in order to help people succeed in their path to a substance-free life.

Users in recovery can ask themselves some questions to help them understand their internal thoughts and feelings.

The earlier people in recovery can identify and successfully respond to triggers, the greater their chances of prolonged abstinence.

Sonia Tagliareni,
Author, DrugRehab.com
Sonia Tagliareni is a writer and researcher for DrugRehab.com. She is passionate about helping people. She started her professional writing career in 2012 and has since written for the finance, engineering, lifestyle and entertainment industry. Sonia holds a bachelor’s degree from the Florida Institute of Technology.
[email protected]