After Dan Renaud overcame addiction as a young adult, a friend in recovery asked him to help her son. He didn’t know how to help the teen or that he would spend the next 30 years working with youth.

In the early 1980s, 20-year-old Dan Renaud sat in a jail cell thinking about his life. His commanding officer in the U.S. Navy told him he either had to quit drinking or face a dishonorable discharge. His high school sweetheart left him because of his drinking. His family was tired of his conduct.

Dan had lost friends. He’d spent all of his money on booze. If he was kicked out of the military, a judge in his home state of Georgia was ready to send him to prison because he had a history of arrests when he was home on leave.

“I knew if they let me out of the jail, I was going to drink again,” Dan told DrugRehab.com. “And I knew that they couldn’t keep me because I hadn’t done anything terribly wrong. So I thought about killing myself.”

But another thought crept into his mind. He thought about the words he had heard a few weeks earlier at some Alcoholics Anonymous meetings he had checked out. With nowhere else to turn, he decided he would do whatever the people in those meetings asked him to do.

“I knew if they let me out of the jail, I was going to drink again.”

Thirty years later, Dan is the head of a recovery school in Jacksonville. He helps high school students with a history of alcohol or drug use. He’s able to connect with adolescents in recovery because he’s been in their shoes. He understands the challenges they face.

Today, Dan is using his experience to help families of kids struggling with substance use. He wants to create similar recovery schools across the state of Florida so teens have a safe place to succeed. He wants to provide teens and families with the resources that weren’t available to him three decades ago.

Dan began to sneak cough medicine, cold medicine and other drugs from his parents’ medicine cabinet at a young age. He called himself a “medicine cabinet kid” until age 13, when he and some friends went out into the Georgia woods to try alcohol for the first time.

“I started drinking here or there and doing the medicine cabinet thing,” Dan said. “Around 14 years old, the drinking kind of picked up, and I started taking pills on a more regular basis and smoking pot some.” His substance use slowly escalated. By 15, he was drinking or getting high multiple times per week. At 16, he was arrested for driving under the influence.

“I got a DUI at 16, and instead of someone saying, ‘Hey, we need to do something about your drinking,’ it was kind of played off like it was no big deal,” Dan said.

The drinking and drug use continued. He showed little interest in school, and he struggled academically.

“I was basically put in special education from the eighth grade on, and it probably all had to do with my substance use,” Dan said. “There just wasn’t treatment available in the early ‘70s and early ‘80s.”

By his senior year, he was drinking or using on a daily basis. He decided the military was the best option for him, and he enrolled in the U.S. Navy. However, he had to graduate high school before the Navy would accept him.

By finals week, he had only one class to pass. But he got drunk and missed it. Luckily, his teacher gave him another chance. He graduated, joined the Navy and was sent to Naval Base San Diego for boot camp.

“I thought, ‘This is awesome. I just needed to get away from where I was,’” Dan said.

But he started to drink again after boot camp. The problems followed. He was barred for life from the enlisted men’s club at the San Diego Naval Base following a series of incidents. He struggled to make and keep friends, and he couldn’t save any money because he spent it all on alcohol.

Still, he was able to finish school, and he was transferred to Naval Station Mayport in Jacksonville. That’s where his commanding officer told him he had to get his drinking under control.

“That was the first time someone said anything about my drinking,” Dan said. “I told them I was fine, which wasn’t true. I was basically getting drunk every day until I had to report somewhere. When I went to the ship, the same behavior continued.”

After three months on the ship, he developed a reputation for being someone to avoid. He continued to get in trouble, and his superior finally gave him an ultimatum that changed his life.

Recovering as a Young Adult

Dan took his last drink a few days after turning 21. He’s been sober for more than 30 years, but it hasn’t always been easy. It’s difficult to recover from alcohol addiction, and it was even more difficult for a 21-year-old in the 1980s.

“The biggest challenge that I and other young people faced was there just weren’t many reasons not to drink,” Dan said. “You haven’t lost that much compared to what you hear in the rooms. People are on their third marriage, second career or they’ve been arrested a gazillion times.”

He said that while his friends were social drinking at bars, chasing girls and seeing shows, he was “sitting in a 12-step house drinking coffee with a bunch of old people talking about gratitude.” As a young adult, he struggled to connect with a recovery community full of older adults.

“There weren’t a whole lot of young people around,” Dan said. “Those of us that were around, we started hanging out together. Had we not done that, I probably wouldn’t have stayed.”

Pressure from work, family and the legal system motivated him to attend 12-step meetings, but he didn’t immediately connect with the program.

“The first nine months, I was not a huge fan of the recovery thing,” Dan said. “I knew I had to do it, but I hated it. About 18 months in, I thought I kind of had this. I was actually going to be in this recovery thing, and I was kind of digging it.”

He was noticing the benefits of sobriety, too. He wasn’t getting into trouble, and he didn’t feel sick all the time. He went from someone his friends didn’t want to be around to someone who was trustworthy and reliable.

About a year after committing to sobriety, Dan got married. Today, he has five children. He said they’ve never seen him drink, and he has the recovery community to thank.

By age 23, Dan was used to being a part of the recovery community. His life had been steadily improving when a friend at a recovery meeting asked him if he could spend time with her son who had been struggling to stay out of trouble.

“I had no idea why she wanted me to work with him and what I could possibly give to someone like that,” Dan said. “It turns out that, for whatever reason, young people listen to me and respond to me.”

Dan started to meet with the teen on a regular basis, and he eventually ended up coaching his baseball team. He’d go on to coach baseball and basketball for about 20 years. He also volunteered at local high schools and helped youth in church.

When he left the military, he worked in the treatment business for a few years before going to college to get a business degree. He entered the real estate business, opened a land development company and ran it for 19 years. About five years ago, his sponsor encouraged him to become a counselor and to work with young people.

“I didn’t think that was possible,” Dan said. “I don’t have a counseling degree. I’m a certified addiction professional through the state of Florida, but I don’t have a mental health degree. But I threw my resume out there and had a bunch of job offers.” 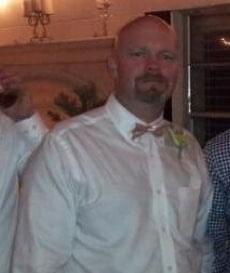 Since then he’s helped develop adolescent programs, spoken at state and national panels on adolescent substance abuse and lectured for the Jacksonville University mental health program.

He’s the program director of the River Oak Center, a high school in Jacksonville dedicated to educating and supporting teens in recovery from addiction. Dan and his board of directors worked on the project for two years before it opened in the fall of 2016. So far the results have been positive for the students, the families and for Dan.

“It’s just something I love,” Dan said. “I get to get up every day and hang out with teenagers and my wife. My wife works with me. She’s kind of like the business manager at the school, which is a huge blessing and a gift.”

He’s come a long way since he was on the verge of being kicked out of the military and sentenced to prison in the 1980s. He credits Alcoholics Anonymous with saving his life.

“To say that recovery changed my life doesn’t begin to cover it,” Dan said. “It literally is the reason that I’m still here.”

The recovery high school he’s created will help numerous young people maintain sobriety and graduate. And Dan will be a big part of the reason why they succeed.