Mark Goodson knows he’s fortunate. Most people don’t have a psychotic break in Mexico, get caught trying to steal a truck and make it back to the United States in one piece.

Most people don’t drink alcohol and use drugs for a decade and never spend time behind bars.

“I just want to emphasize how fortunate I was,” Mark told DrugRehab.com. “I had circumstances in my life. I could go to rehab. I had support systems that other people don’t have. But still, all that mattered was I asked for help.”

Mark didn’t ask for help at first. His support system forced him to go to rehab. He did the bare minimum for 27 days of inpatient treatment. Then something clicked. He asked for help, and he took advantage of the resources that were available.

“People out there suffering probably have a number in their phone from someone who wants to help,” Mark said. “It may be from a social worker or Salvation Army or someone who said, ‘Call me when you’re sober.’ They just need to pick up the phone or show up to a recovery meeting.”

“My entire life I wanted to be OK with who I am,” Mark said. “You don’t have to look far to find that sort of satisfaction. I feel great happiness and joy as a high school English teacher, a husband to my wife, and a father paying a 30-year mortgage.

“I’m living this most basic life, and it’s providing outrageous happiness. I never imagined that an ordinary or dull life could be this way.”

Wanting to Be Anyone Else

“I had displeasure in being me,” Mark said. “At a very young age, seven or eight, I had an unsettled feeling and a longing to be anybody but me. It didn’t matter who. I just assumed that there was this great way of being that I couldn’t access.”

When he got drunk for the first time as a preteen, he discovered the escape he’d always desired. He and his friend made screwdrivers with a parent’s vodka. After a drink or two, the friend suggested stopping so the parent wouldn’t find out.

He doesn’t remember what happened after that conversation. He woke up in the basement. His friend told him about all of the embarrassing things Mark had done. But all Mark thought of was the sensation of blacking out.

“I fell in love with the notion that I could take a departure from myself,” Mark said. “I could completely eradicate my self-consciousness.”

By eighth grade, he was drinking regularly. He eventually started smoking marijuana and trying harder drugs, such as cocaine and methamphetamine. Each time he tried a new drug, he fell in love with it. As time passed, each new drug experience would lose its desired effect and only the compulsion to use more would remain.

Growing up, Mark believed he could get away with using drugs if he did well in other areas of life. He justified his substance abuse by telling himself he was productive.

“I worked incredibly hard,” Mark said. “I was a three-sport athlete in high school and two-sport in college. I stayed busy. I did well for myself. But I think a lot of it was doing what I had to in order to do what I really wanted to do.” 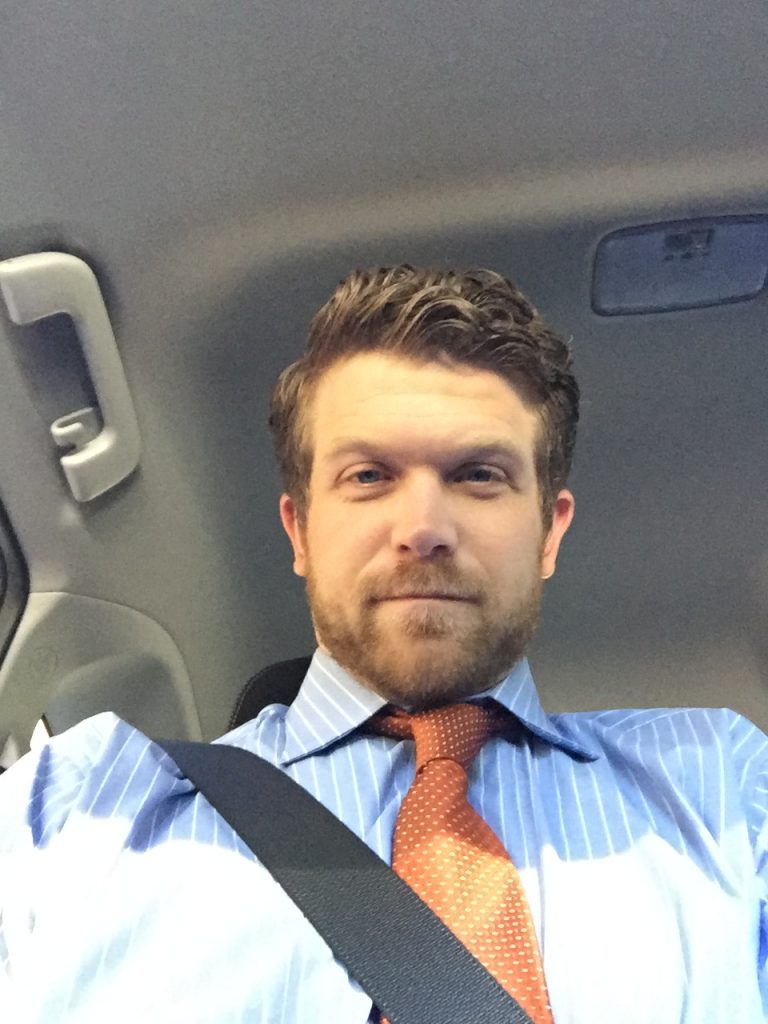 “Before I knew it, I was doing it during the week or in the morning without feeling like I broke a pact or was doing anything wrong,” Mark said.

But he didn’t get in trouble with the law. He did well in school. He showed up to work. On the outside, he appeared healthy. Nobody knew he was spending all of his money on his addiction. He was living off bagels he’d get at work.

By age 24, Mark was living in Los Angeles with friends from college. He worked at a premier talent agency and told himself he needed drugs to write scripts at a fast pace.

For three months, he smoked weed, used cocaine and drank every day. One weekend, his roommates went out of town. He saw it as an opportunity to use without experiencing shame.

“I used to consider myself a social drinker,” Mark said. “By the end, it was clear I was anti-social.”

He woke up shaking that Saturday morning, so he drank an entire bottle of red wine. He didn’t feel a buzz, but he stopped shaking.

He began a week-long bender. He drank, smoked and didn’t sleep. Before work, he’d smoke weed and use cocaine. He’d sprinkle cocaine into a bag of tobacco and smoke the cigarettes at work to sustain the high.

“It was just part of my daily regimen,” Mark said. “My brain convinced me somewhere along the way that I needed these things to function daily.”

The bender ended with what doctors diagnosed as a psychotic break. One of his roommates had recognized that Mark needed help. He intervened and took Mark to Mexico on a hunting trip. It was the first time Mark had been sober in a long time.

He remembers thinking the apocalypse was coming and stripping his clothes off in a Mexican church. At one point during the ordeal, he tried to steal a truck from a farm. The farmer caught him and threatened him with a blade.

Mark thought he was going to die, and he was ready. Instead, the farmer drove him back to his friend.

After his psychotic break in Los Angeles, Mark’s parents gave him an ultimatum. He had to go to an extended-care rehab facility or they were going to cut him off.

“My parents very lovingly and carefully consulted with doctors and helped decide what I should do,” Mark said. “It was basically, ‘You go to this rehab or you’re on your own. We aren’t going to support any other decision.’ For a long time I was going to go against that.”

Mark had another plan. After a short stint at an inpatient facility, he was going to sell his car to pay for an aftercare program and get a job as a barista. He was going to get a dog and live by the beach. But everyone in his life told him he needed to go to an extended-care facility, and he finally agreed. 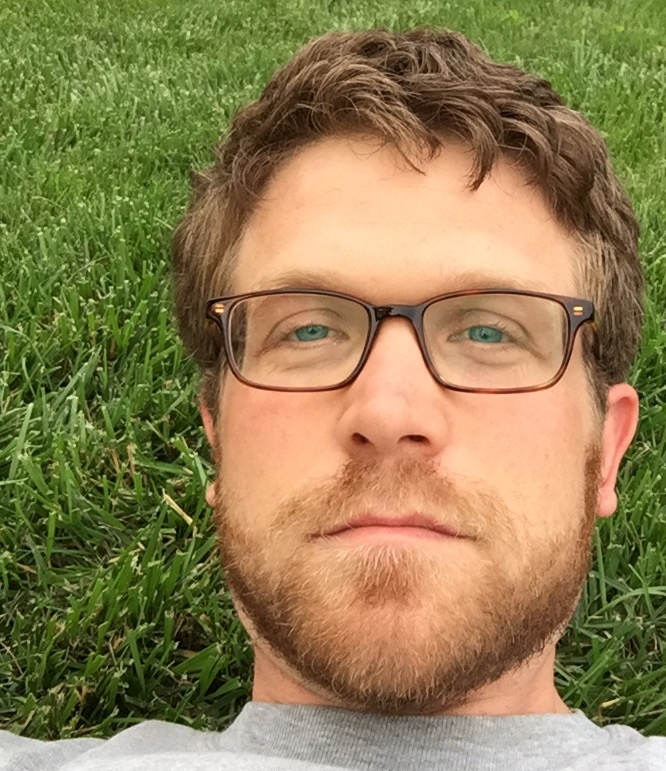 He enrolled in a 28-day inpatient program, but he still wasn’t ready to commit to the changes he’d have to make to recover from addiction.

“I was sitting around refusing to admit that I was an alcoholic or an addict,” Mark said. “I thought they had the wrong man. I was bartering with my counselor about what I could take or use.”

His entire life, Mark didn’t want to be himself. He had friends and teammates. He had a loving family. But he didn’t fit in.

“When I first admitted ‘My name is Mark and I’m an alcoholic, I’m an addict,’ I felt belonging,” Mark said. “It was the feeling I was looking for. I lost that fog that followed me around my whole life. It was a natural release.”

Mark accepted that he had an addiction on the third day of rehab, but he was still in denial about what that meant. It wasn’t until day 27 that he became motivated to fully commit to treatment. Recovery wasn’t going to happen overnight.

He spent one more day at the inpatient facility before transferring to an outpatient program and a sober living home. He participated in 12-step programs and eventually spent eight months in an Oxford house.

The Miracle of the Mundane

Mark hasn’t had a mood- or mind-altering substance in 10 and a half years, but his recovery hasn’t been easy. During the early days, he was terrified of the misery he experienced during his addiction.

“The misery that I was in was so painful,” Mark said of being addicted. “Every morning I woke up thinking about the next fix and how I could get through the day. It was torture.”

Mark said he never had suicidal thoughts. But when he thought the farmer in Mexico was going to kill him, he was “eager” for his life to end. In early recovery, he has felt a mix of fear of returning to that misery and happiness from sobriety.

He got jobs washing dishes and clerking at a convenience store. He spent his spare time reading books, going to meetings and working the 12 steps. He didn’t want to go to bars and socialize. He found happiness in the simplicity of his new life.

Today, Mark has a wife and two kids. He teaches English and coaches high school football. He’s trying to publish a novel. He writes a blog called the “the Miracle of the Mundane.”

“I’m surrounded by responsibilities and things that make me feel good about who I am,” Mark said. “That is my daily cure, my reprieve from that misery that I used to know.” 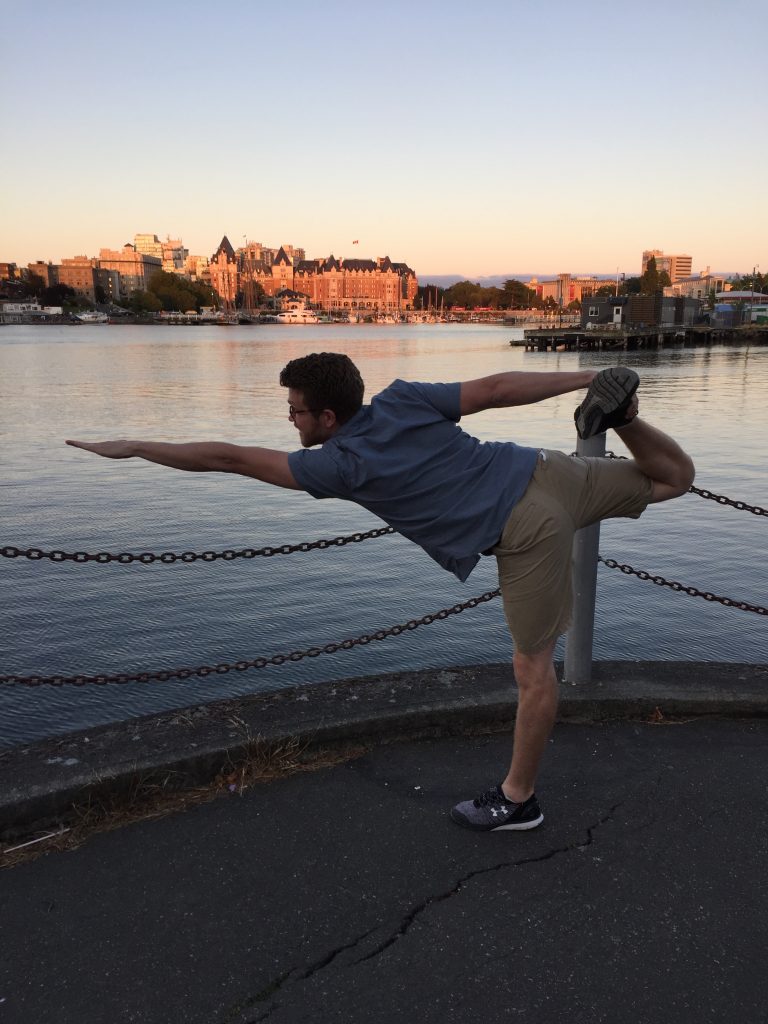 When he was in early recovery, Mark didn’t know what he’d be able to accomplish in life. Looking back, he realizes he has exceeded the expectations he had at the time. But he didn’t have to do the things he thought he would need to do to feel happy.

He wants the world to know that people with the disease of addiction do things they wouldn’t say or do if they were healthy. The disease makes them do upsetting things, but those acts shouldn’t define who they are.

People in recovery from addiction need chances and opportunities to rebuild their lives. If they’re stigmatized and isolated, they can’t reach their potential.

“We need that feeling of being responsible and trusted — those very basic feelings that a steady job gives you or that paying the bills gives you,” Mark said.

Mark created his own fortune — spiritually speaking. He worked hard. He dedicated himself to a recovery program, and he made a choice to do what was necessary to rebuild his life.