Many people believe that addiction is a moral problem and that people with substance use disorders choose to continue using drugs. Unlike people with other chronic health conditions, those in recovery from addiction are blamed for their problems. This stigma creates shame, guilt and fear, which prevent millions of people from getting the treatment they need to recover.
RecoverySupport Stigma of Addiction
Topics on this Page
Topics On this page
Author: Chris Elkins, MA | Last Updated: 11/16/22 | 19 sources
Talking about substance use disorders and other mental health issues was once taboo in the United States. Many families were ashamed of a loved one with a mental health problem. Society was plagued with misconceptions about mental health conditions. Today, mental health and substance use disorders have become a part of the public conversation. But most Americans don’t treat people with mental health conditions the same way they treat people affected by other serious diseases. A large part of society still rejects the fact that addiction is a brain disease that can be medically treated.

“Consider if this high-level executive’s son had been suffering from a rare tropical disease, he would have unhesitatingly sought and received guidance from a leading medical expert — not a father who had lost his child to that disease.”

It’s a surprising misconception, considering almost every family has a member affected by mental illness. Many people with mental health conditions possess jobs and are productive members of society. However, the fear and guilt associated with substance use disorders continue to prevent many people from seeking treatment.

Addiction specialist Dr. Tom McLellan described a common example of the shame families feel in a 2013 article for the Partnership for Drug-Free Kids. A senior executive at a prestigious medical school asked him for advice on how to help his son overcome heroin addiction. The family had already tried five inpatient treatment programs and spent more than $150,000 on rehabilitation. But the executive wasn’t reaching out to McLellan because he was an addiction expert. He was reaching out to him because McLellan had spoken publicly about his own son’s drug overdose. “Consider if this high-level executive’s son had been suffering from a rare tropical disease, he would have unhesitatingly sought and received guidance from a leading medical expert — not a father who had lost his child to that disease,” McLellan wrote. “In this case, he was literally too ashamed to contact one of his own organization’s physicians.” Though mental health conditions such as depression and anxiety have become less taboo, the sentiment hasn’t changed as dramatically for substance use disorders. A 2014 study by researchers at Johns Hopkins Bloomberg School of Public Health found that Americans are more likely to have negative opinions of people with substance use disorders than they are of those with mental illnesses. Participants were also less likely to approve housing, insurance or employment policies that supported individuals affected by addiction compared with individuals affected by other mental illnesses.
Of the 709 survey respondents:
Social support and social inclusion are leading contributors to a successful recovery from addiction. Conversely, the discrimination, isolation and prejudice caused by stigma are risk factors for substance abuse and relapse.

What Are the Effects of Stigma?

Stigma is one of the most formidable obstacles to an effective mental health system, according to the Substance Abuse and Mental Health Services Administration. Misconceptions about substance abuse lead to major health care problems for individuals and society. Several studies have indicated that stigma is one of the main reasons people avoid treatment. A 2007 study by the National Center on Addiction and Substance Abuse found that 37 percent of college students avoided seeking help for addiction because they feared social stigma. Stigma may also make addiction worse. A 2014 study published in the Journal of Alcoholism, Clinical and Experimental Research found that when people with substance use disorders perceived social rejection or discrimination, it increased their feelings of depression or anxiety. Alternatively, people with co-occurring substance abuse and mood disorders perceived more negative attitudes against them.

Health care providers are wary of stigmatizing their patients, too. The authors of a 2008 article published in the Journal of Alcohol Research described how health practitioners avoided using the term “addiction” because they didn’t want to stigmatize their patients. The authors also argued that the term “alcoholism” had been so widely used that belief in the severity of the illness had been weakened. Naloxone offers a prime example of how stigma can negatively affect health care. One barrier to widespread access to the medication, which reverses the effects of an opioid overdose and has saved thousands of lives, was the stigma around the word “overdose.” Doctors believed patients would worry that the doctor didn’t trust them or considered them an addict if they prescribed it. The lifesaving drug was in fewer hands because of the feelings associated with one word.

Why Is Addiction Stigmatized?

There are several reasons why addiction is stigmatized. As with many health conditions throughout history, people feared what they didn’t understand. Not having full control of one’s mind can be scary. As research and understanding grow, society seems to be slowly overcoming its fear of many mental health conditions. It doesn’t seem to be accepting truths about addiction as quickly, though. The reasons could stem from public policy and decades of anti-drug messages from the government.

Laws and the idea of criminal behavior were born from the idea that people who committed certain immoral acts should be punished. For example, thievery, murder and rape are almost universally considered immoral, criminal acts. When countries began passing anti-drug legislation, they sent the message that using drugs was immoral. Soon, illicit drugs became associated with other forms of criminal activity such as violence, drug trafficking and prostitution. It’s easy to see how society associated drug use as a choice and as immoral behavior. 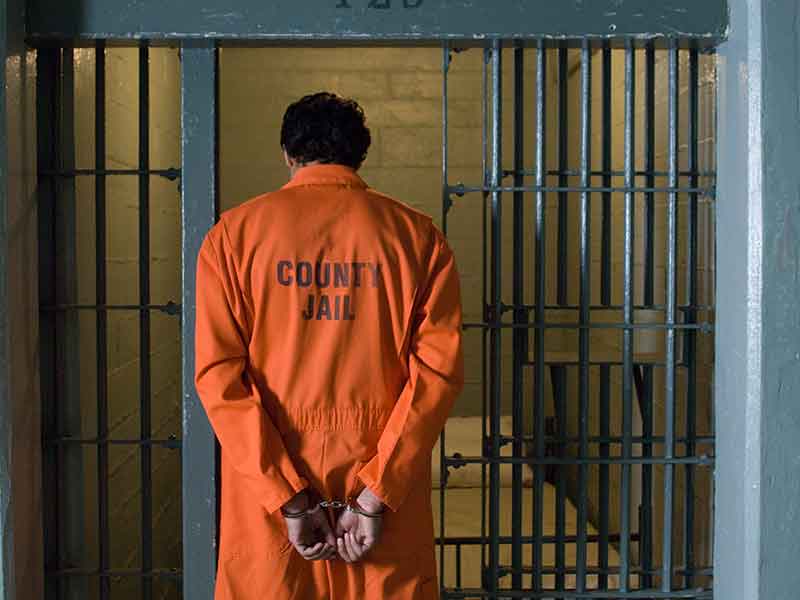 Though trying a drug for the first time may be a choice for most people, compulsively abusing drugs despite negative consequences is not a choice for people with substance use disorders. Research indicates that the disease changes the brain, causing cravings and compulsive behavior. Even when people recover from addiction or maintain long periods of sobriety, anti-drug laws make it difficult for them to reintegrate into society. It can be hard for people with drug convictions to find jobs, get licenses, receive welfare benefits and support children. Thus, many of the things necessary to increase the chances of long-term recovery are difficult for them to obtain.

Substance use disorders are hard to understand. Many people consume substances of abuse but stop when faced with health, social or legal consequences. However, people with addiction are influenced by genetic, environmental and developmental factors. They are unable to stop without help. Stopping seems like an easy solution, but it can be tough. People in recovery are also judged by high rates of relapse because the public doesn’t understand the disease. Other chronic health conditions, such as diabetes and high blood pressure, have high rates of relapse. But society doesn’t shame a person with high blood pressure for eating french fries or a person with diabetes for having an occasional candy bar.

So many words associated with addiction are stigmatizing that it can be difficult to determine how to refer to people with substance use disorders. But using stigmatizing language can prevent people who need treatment from seeking help. 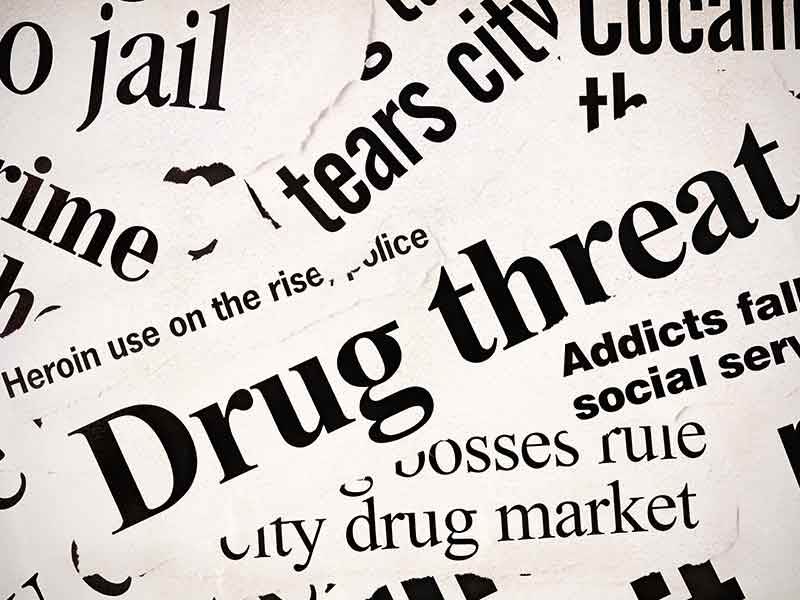 A 2010 study published in the International Journal on Drug Policy found that referring to an individual as a “substance abuser” or as having a “substance use disorder” evoked different judgments among mental health professionals. Even among trained professionals, respondents perceived people who were referred to as substance abusers to be guilty of drug abuse and believed that punitive measures should be taken. To provide guidance on communicating effectively, the Office of National Drug Control Policy released in 2015 a draft of preferred language for referring to addiction-related terms.

It isn’t easy to reduce stigma associated with addiction because authoritative sources have endorsed misconceptions and prejudice for generations. However, society must adapt and become more socially inclusive if people with all types of health conditions are to get the help they need. People with substance use disorders and people in recovery are more likely to seek substance abuse treatment and maintain sobriety when they develop social connections. Isolation, discrimination and prejudice are obstacles to social inclusion.
You can contribute to reducing stigma and promoting social inclusion by:
Successful stigma reduction initiatives require manpower, money, time and effort. However, you can effectively reduce stigma in your community by implementing social marketing strategies.
According to SAMHSA, stigma reduction strategies include:
SAMHSA provides a comprehensive, detailed brochure for developing a stigma reduction initiative. However, you can develop a simple initiative by creating public service announcements for use in newspapers, magazines, on the radio and the internet. You can also create presentations and host workshops on the negative effects of stigma and how to combat it. Stigma creates shame and guilt, which lead to isolation. Eliminating stigma, prejudice and discrimination against people with substance use disorders is crucial to helping them recover. Medical Disclaimer: DrugRehab.com aims to improve the quality of life for people struggling with a substance use or mental health disorder with fact-based content about the nature of behavioral health conditions, treatment options and their related outcomes. We publish material that is researched, cited, edited and reviewed by licensed medical professionals. The information we provide is not intended to be a substitute for professional medical advice, diagnosis or treatment. It should not be used in place of the advice of your physician or other qualified healthcare provider.
Author