By: Chris Elkins, MA
NewsInitiatives, Awareness & Support
September 25, 2017 In the summer of 2017, Antonia Sawyer and Brian Van Camp faced a dilemma. Opioid overdose rates were skyrocketing in Miami County, Indiana. They knew a medication called naloxone could save people from a potentially fatal overdose, but county residents were afraid of the drug. “Their big thing was the naloxone parties or Lazarus parties,” Van Camp told DrugRehab.com. “There was a lot of talk through the community about how terrible those were.” Media outlets across the country have reported on naloxone parties, also referred to as Narcan parties and Lazarus parties. At the parties, individuals supposedly overdose intentionally knowing they can be revived by naloxone. Or they experiment with opioids because they don’t fear death. The parties have been dispelled as fake news or extremely rare, and experts have warned that the possible existence of Narcan parties shouldn’t prevent access to naloxone. But some members of law enforcement and other organizations in Miami County had heard of the parties and didn’t want them in their community. “They never told me that they had actually experienced that in our county, but they had heard about it,” Van Camp said. “I don’t know how they heard about it, but they were adamant against it.” Other members of the community didn’t understand addiction or think people with substance use disorders deserved access to the life-saving drug. Sawyer said more than 400 people posted comments on the mayor’s Facebook page after a community event to raise awareness about naloxone. Most of the comments opposed access to free naloxone. “We had a 133 percent increase in opiate deaths from 2014 to 2015,” Sawyer said. “Overdose-in-progress calls went from 32 in 2015 to 62 in 2016. So they nearly doubled. That county data shows us that opioid use is increasing in our community. Our deaths doubled. They went from 6 to 14 in one year. That number can only increase if lay responders don’t have naloxone.”

Miami County has a population of about 35,000, and the county’s seat, Peru, is home to about 11,000 people. “Every other town is about 1,000 people or less,” said Van Camp, who became a certified addiction specialist after retiring from the Air Force in 1993. “Right now, I attend 12-step meetings, Al-Anon meetings and any other meetings that I can find to try and help others.” Van Camp has been in recovery from addiction for 6 1/2 years. He travels the county raising awareness about naloxone, supporting others in recovery and helping in any way that he can. The support he gives others helps him maintain his recovery. But getting to the people who need assistance is difficult in rural Indiana. “We have one major highway that runs north to south through our county,” Van Camp said. “We’re a long, narrow county. I may have to drive county roads, paved and graveled, for 30 minutes to an hour just to get some place where I can provide training or assistance. If bad weather hits, you can be stuck unable to get anywhere. It’s rural.” The county has one mental health counseling center, which Van Camp says is overwhelmed with people trying to access care. Twelve-step meetings and therapists are scattered throughout the county. The lack of health care resources is a problem. But there’s also a lack of willingness to address mental health issues. “Our biggest problem in Miami County is ignorance of addiction and ignorance of treatment and recovery,” Van Camp said. “We’re a rural community with a large religious community. Most of them are older and they do not understand addiction. To them it’s all willpower or evil ways.”

Antonia Sawyer grew up in foster care. When she was emancipated from the state as a young adult, college wasn’t the first thing on her mind. 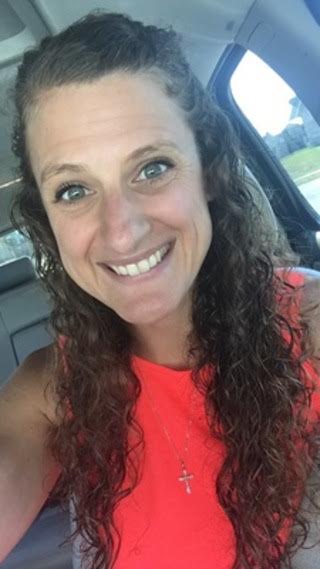 “I did my own thing, got married and had kids,” Sawyer said. “I didn’t go back to school until I was 31.” She graduated with a bachelor’s degree in psychology in December 2014 and went to work as a case manager. She worked with the Indiana Department of Child Services to reunite children with their families. When she started, children had been removed from homes for a variety of reasons. Over time, she noticed that one reason kept popping up. Sawyer said the No. 1 reason the children were removed was because one or both parents had a heroin addiction. “As I was working with families and seeing how difficult it was to get access to treatment, I came across the position that I have now,” she said. She took a job with Indiana Systems of Care, a government initiative to increase access to mental health resources. As the local systems coordinator, she began building a coalition of agencies in Miami County. The coalition conducted a community needs assessment to determine which areas needed the most attention. It created five work groups dedicated to specific issues: transportation, homelessness and generational poverty, workforce development, mental health, and substance abuse. “For our substance abuse workgroup, naloxone access became the number one priority,” Sawyer said. “We called Overdose Lifeline in to do a community event in May of 2017. We started having community conversations, and that’s when we started running into issues.”

Overdose Lifeline is an Indiana nonprofit that raises awareness about the opioid epidemic and trains individuals to use naloxone. The organization’s community event inspired Van Camp to bring naloxone to citizens in his county. Most first responders in the county have access to the opioid antidote, but they usually aren’t the first people to find a person who has overdosed. “I did a lot of research and eventually brought it up to the county commissioners, who listened and then tabled it for the next meeting,” Van Camp said. The commissioners were skeptical. One didn’t know if it was appropriate to train the public. Another stated that if people chose to do drugs, he didn’t know why they were worth saving. “They all felt [using drugs] was everybody’s choice,” Van Camp said. “I also ran into some opposition with some members of the law enforcement community.” He teamed up with Sawyer to change their minds. The pair gathered as much data as they could find about the opioid epidemic, related health concerns and naloxone use. They gained the support of the commissioners, but members of the community were unhappy. “That’s when we started to see the stigma in our community and the divide in our community,” Sawyer said. Several residents believed addiction was a choice and people with substance use disorders didn’t deserve help. Many questioned why people who overdosed should get naloxone for free when others were struggling to pay for prescription drugs for allergies or diabetes. “They say we’re making it easier for people to use and we’re enabling people,” Sawyer said. “To that I say yes. I’m enabling people to breathe. I’m enabling life. I’m enabling a chance to receive treatment. I’m making it safer to use because whether I give them naloxone or not, they’re going to go get heroin.”

In July 2017, Miami County commissioners unanimously approved a measure to allow the health department to give naloxone to residents who completed naloxone training. The department became the 23rd in Indiana to become a naloxone entity, which allows it to receive free naloxone from the state. The department will receive 250 kits. One-third of them will go to first responders, and two-thirds will go to lay responders, Sawyer said. The move will give most friends and family members of people with opioid use disorders access to the life-saving drug for the first time. “We have one pharmacy that carries it,” Sawyer said. “Our CVS pharmacy has two doses of naloxone, and they’re $140 a piece.” The local hospital has also started to collaborate with the coalition. It’s going to start handing out pamphlets to people who refuse further medical treatment after being revived from an overdose. The pamphlets contain information about the risks of drug use and local treatment options. Once the naloxone kits come in, the pamphlets will include naloxone training information. “The county health department will have scheduled trainings at the health department,” Van Camp said. “We’re also going to have trainings to kick it off at some community events.” The initiative was Van Camp’s idea, but he’s quick to credit Sawyer with helping him make it happen. “She jumped on board and has been instrumental in convincing our commissioners to approve the program, gathering information and organizing the program,” Van Camp said. “We could not do it without her.” Sawyer isn’t done either. She’s working with neighboring Wabash County to bring naloxone to that community too. The Wabash health department has already received approval from the state to become a naloxone entity, but it’s still trying to build community support. “The health department in Wabash County has requested that I talk to their county commissioner and help present the importance of the program to help gain community support,” Sawyer said. Building that support is challenging, and she said “dust can get kicked up and things can get sticky.” But the hard work is worth it to save lives. “No county should be discouraged,” Sawyer said. “Reach out to your neighboring counties. Reach out to organizations that have done it before. It’s worth it. If your community needs it, go for it.”
Medical Disclaimer: DrugRehab.com aims to improve the quality of life for people struggling with a substance use or mental health disorder with fact-based content about the nature of behavioral health conditions, treatment options and their related outcomes. We publish material that is researched, cited, edited and reviewed by licensed medical professionals. The information we provide is not intended to be a substitute for professional medical advice, diagnosis or treatment. It should not be used in place of the advice of your physician or other qualified healthcare provider.