Ohio State researchers have found evidence that a therapy rarely used among women could help moms in recovery from alcohol or drug addiction. The study, published in Psychology of Addictive Behaviors, found that family therapy involving a mother and one of her children effectively reduced the mother’s alcohol or drug use.

Compared to participants who received individual therapy, the mothers who received family therapy exhibited quicker declines in alcohol, marijuana and cocaine use. The two therapies caused decreases in opioid use at similar rates.

“By including the children in family therapy with the mom, we were able to increase the rate of substance use reduction amongst those moms,” lead author Dr. Natasha Slesnick told DrugRehab.com. “We have other studies showing we also improved outcomes for the children.” 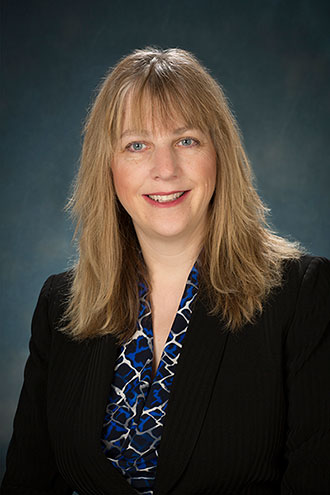 For the study, Slesnick and postdoctoral researcher Jing Zhang recruited 183 mothers from an outpatient treatment center near Columbus, Ohio. They randomly assigned them to receive family systems therapy or individual therapy. The children were between 8 and 16 years old.

After initial observations and assessments, the researchers conducted observations and interviews after three, six, 12 and 18 months. To their knowledge, it was the first study to assess the effectiveness of family therapy with mothers who took care of minor children.

Surprisingly, women who received individual therapy and exhibited a better ability to relate to their children were at a higher risk for opioid use.

“We expect that the relationship change is what improves because of family therapy, and this improvement reduces risk for substance use,” Slesnick said. “What we found was for opioid-using moms, if they improved their relatedness behaviors to their child, but the children weren’t included in the family therapy, those mothers actually had higher opioid use at the end of the study.”

Slesnick said the findings suggest that when children don’t get an opportunity to talk to their mothers about relationship issues, it could create stress that harms the mother’s treatment outcomes.

This study didn’t include findings regarding the children’s outcomes, but Slesnick said that paper is currently under peer review. The unpublished findings indicated that children included in family therapy exhibited delays in tobacco use compared to children whose mothers participated in individual therapy.

The increase in opioid and other drug use across the country has led to increasing numbers of parents who are unable to take care of their children.

The number of children being raised by grandparents increased by 400,000 between 2005 and 2015, according to a report by Stateline, an initiative of The Pew Charitable Trusts.

“Obviously, the numbers have grown because of the current national opioid epidemic,” Maria Mossaides, the head of the Office of the Child Advocate for Massachusetts, told Stateline.

At a recent conference in Cincinnati, Ohio, experts discussed how the opioid epidemic affected children.

Dr. Jennifer Bowden said the number of children exposed to toxic stress, a condition characterized by neglect and trauma, was increasing because of the epidemic, according to The Associated Press.

The AP also reported that the number of children taken into custody by the Public Children Services Association of Ohio increased by 19 percent during the last seven years. The association cited opioid addiction as the leading cause of the increase.

“One of the problems is, especially for single women, the fear that going into a residential treatment program could cause them to lose their children,” Slesnick said. “There is a great deal of fear amongst women with a substance use disorder that their child will be taken away from them.”

To combat the issue, she said, outpatient treatment may be a more viable option for single moms.

Children of parents with substance use disorders are at a high risk for mental health problems, and numerous studies show parental substance use increases the risk of adolescent substance use.

Slesnick said, “By including this as a treatment option, we have the opportunity to really benefit both the mom and her children.”