Young people in Washington are especially vulnerable to drug abuse. Almost 64 percent of people seeking treatment for substance use disorders in Washington were under age 30. Young people socialize, use drugs and alcohol, and have more free time than adults, so they run a higher risk of drug addiction than older people.

Washingtonians have fallen victim to several drug epidemics. Methamphetamine, heroin, opioid, cannabis and alcohol abuse are all common in Washington state. The state is also a major market for illegal heroin and methamphetamines. 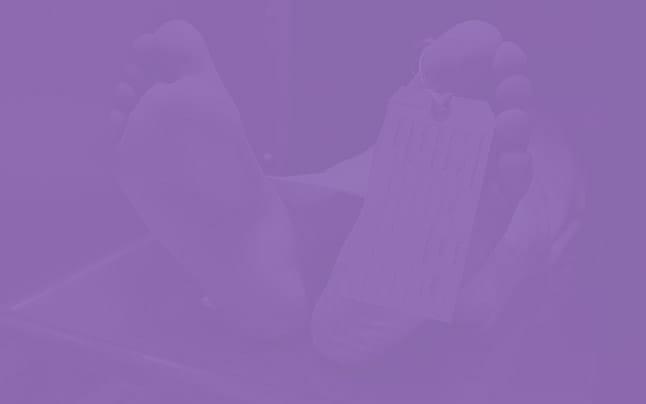 Washington is a major market for illegally imported drugs. Western Washington lies on the I-5 corridor, which is a conduit for drugs imported from Mexico and Canada. Puget Sound’s busy ports and international airport are also entry points or distribution hubs for drugs from Central America and Asia.

In 2010, the Department of Ecology reported 92 meth incidents in Washington.

After the act was passed, bulk purchases of the chemicals needed to produce meth were banned, and anyone purchasing common precursors, such as Sudafed, through retailers was registered in a national database. In short, the act made industrial-level meth production nearly impossible inside the United States. Still, small-scale meth producers still operate in Washington using “one pot” or “shake ‘n bake” cooking methods. As a result, meth lab seizures and cleanups still occasionally make local news. One Burlington motel became so contaminated by meth cooking that cleanup workers thought their sky-high toxicity readings were the result of faulty instruments. Many Washingtonians have become addicted to methamphetamines since the late 1990s, when Washington and other western states were ground zero for the meth epidemic and centers of meth production. Methamphetamine and crystal meth addiction are among the most common reasons people seek substance abuse treatment in Washington.

Washington was, along with Colorado, one of the first states to legalize the use and cultivation of cannabis. Marijuana use is very common in Washington. Many of the state’s large class of creative workers and artists use cannabis about as often as they drink alcohol. Even Washington’s white-collar professionals smoke marijuana socially.

In 2015, there were 123 licensed marijuana retailers in the state of Washington.

Washington legalized medical marijuana in 1998. The medical cannabis industry was successful and broadly accepted, and it was folded into the retail marijuana industry in 2016. That move was controversial. Cannabis advocates worried that the move would raise costs for legitimate medical marijuana patients and put long-time medical growers out of work. On the whole, cannabis legalization succeeded in its primary goal of diminishing the black-market drug trade in Washington. Cannabis legalization has successfully reduced arrests for cannabis possession to nearly zero and struck a blow to sometimes violent black-market dealers. The measure has had minimal negative effects on public health. Rehab admissions for marijuana addiction have actually gone down since legalization. However, about 18 percent of people who sought treatment for drug addiction in Washington in 2015 needed help with cannabis abuse, which is far more common than many cannabis users realize.

Alcohol Abuse and DUI in Washington

Alcoholism is a disease that humanity may never cure. Extreme efforts, like Prohibition, did little to reduce alcoholism. Some amount of alcohol abuse is constant. According to the Substance Abuse and Mental Health Administration, the number of admissions for alcohol abuse in Washington has been consistent for the last several years. Many Washingtonians suffer from the devastation of alcoholism. It claims lives every year, and can cause long-term health problems. Alcoholism, like other forms of drug addiction, also damages the families and communities of those who suffer from it.
Seeking help for alcohol addiction?Take the first step and begin your recovery today! Get Help Now
But Washingtonians can and should work harder to reduce drunk driving. Washingtonians drink and drive more often than Americans on average, with devastating and often fatal consequences.

Washington: A Center of Opiate Abuse

Washington state, like the rest of the United States, is struggling with an epidemic of opiate abuse. Heroin and opiate addiction are both on the rise. Public health officials have called the current opiate crisis the worst drug epidemic in American history. Seattle, Washington, saw four heroin overdoses, including one fatal, in one day.

Unfortunately, heroin abuse has made a comeback. According to Joey Smith, a staffer at The Recovery Village Ridgefield, an addiction treatment facility in Ridgefield, Washington, heroin users say “black tar” heroin is stronger and easier to come by in Portland and Seattle than in the rest of the country. In the state’s most populated area, King County, more people sought treatment for heroin addiction than alcohol use disorders in 2015 — which had never happened before. On January 7, 2017, four people overdosed on heroin along Aurora Avenue North in Seattle within hours. Three died, and one went to the hospital. Similar deaths are tragically frequent. In 2013, opioids killed 608 people through overdoses across the state. That means that, on average, at least one Washingtonian was killed by opiates every day that year.

Doctors Overprescribing Opioids Across the State

Those deaths weren’t caused only by heroin. Some were caused by legal drugs. Opiates are a broad category of drugs that are chemically similar to opium and morphine, which were synthesized from the poppy plant. Heroin is a concentrated, refined version of those ancient narcotics. Those poppy-derived opiates have legal, synthetic cousins, which are known as opioids. Opioids are prescribed every day by doctors as pain relievers and marketed under names like OxyContin, Percocet and Vicodin. Opioids have medical value, but they are addictive. They are often overprescribed, in part due to aggressive marketing on the part of pharmaceutical companies.

“Teenagers are given oversupplies of Vicodin for things like wisdom teeth extractions. People take them all because they figure, ‘Gee, if a doctor prescribed it, it must be safe.’”

Since opioids are so common, and they are prescribed by doctors, patients can be lulled into a false sense of security. Patients can think that opioids are safer than they really are because they received them from a trusted source. “Teenagers are given oversupplies of Vicodin for things like wisdom teeth extractions. Surgical patients get more pills than they need when they leave the hospital. People take them all because they figure, ‘Gee, if a doctor prescribed it, it must be safe,’” Dr. Rosemary Orr, an anesthesiologist and member of Physicians for Responsible Opioid Prescribing, told InvestigateWest. “Before they know it, they’re addicted.” Her own son, Robin, was a victim of opioid addiction: He died from an opioid overdose. Washington lawmakers and doctors have worked to limit this path to addiction. Patients who are prescribed large amounts of painkillers are now subject to consultations with their physicians and pain management specialists. Since October 2011, when the program was fully funded by a federal grant, doctors have been required to log opiate prescriptions in a database that public health officials, medical ethics boards and law enforcement can all access under specific circumstances. These efforts have reduced the amount of prescription drug abuse in Washington. Reducing access probably helped some Washingtonians realize they needed to seek treatment. However, many opioid users were forced to find a substitute to synthetics in order to sate their dependency. That substitute, heroin, can be even more dangerous than the opioids it replaces.

All opiates are chemically similar. An opiate user can replace habitual use of one opiate with another and suffer few, if any, withdrawal symptoms. Opioids such as Oxycontin are expensive and hard to obtain. 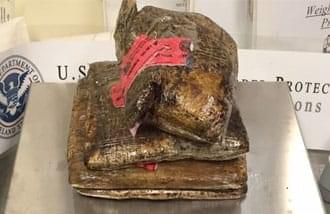 A less expensive and more obtainable alternative to prescription opioids, heroin claimed more than 2,000 lives in Washington from 2006 to 2015.

Even illicit prescription opioids must be bought or stolen from a legal source. Heroin, on the other hand, is cheap. It’s available on the streets of most towns in America. For a patient whose prescription has run out, maintaining a heroin habit can be an appealing option in spite of the dangers. Heroin can diminish chronic pain and the ravages of opiate withdrawal.

So some opiate users make the switch. In 2011 — the beginning of the state crackdown on overprescription, when opioid users had fewer incentives to switch — 39 percent of heroin injectors in Seattle said they were dependent on prescription opiates before they began using heroin.

Washington is unique among the primary centers of the opioid crisis. It’s been through this before, during the heroin boom of the late 1990s. But even veterans of that awful time are staggered by the scope and lethal severity of the current heroin addiction epidemic.

In 2011 39 percent of heroin injectors in Seattle said they were dependent on prescription opiates before they began using heroin. 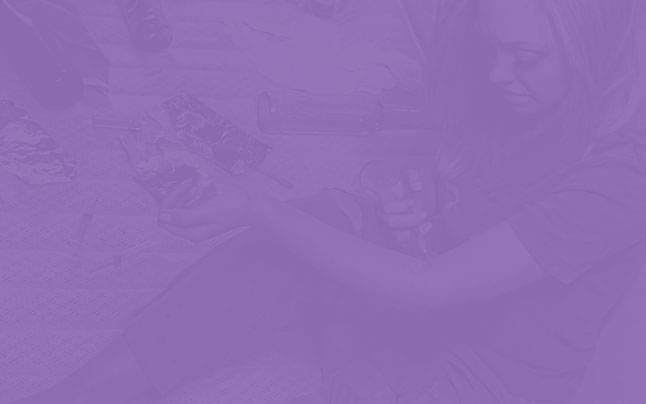 “It just seems today that there’s so much more out there, so many more people,” Dan Manus told The New York Times. “It feels nonstop.”

Manus is a first responder in Seattle. He’s a recovering drug addict himself.

Manus’s shock is frightening. He’s a man who’s presumably seen it all. But his example also provides hope. He’s been in recovery for 25 years. He spends his days saving the lives of other drug addicts and helping them find treatment.

Maybe some of the people Manus revives with naloxone will be able to follow his example. Maybe they’ll pull themselves up from rock bottom. And then, maybe they’ll help someone else. 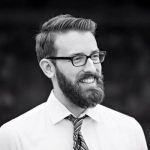