There’s help for people recovering from addiction in the state of Washington. You can find treatment and take your first steps on the path toward recovery today.

Our Rehab Center in Washington 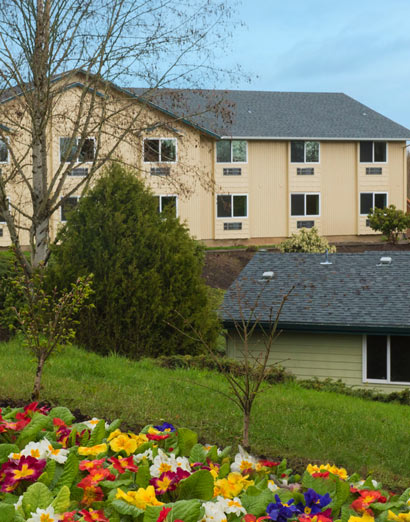 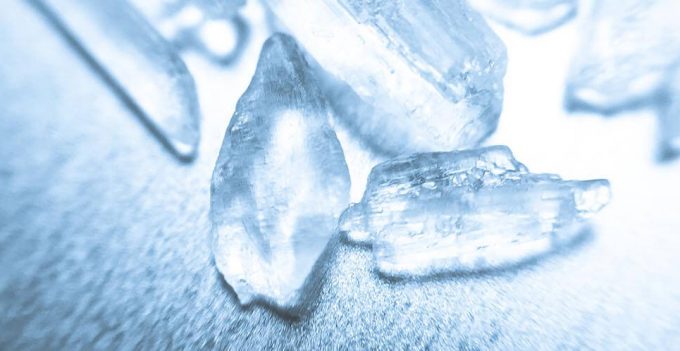 Why Drinking and Driving Is Such a Big Problem in Washington

How Marijuana Laws Have Affected Washington

More people in Washington sought treatment for heroin addiction than any other drug in 2015. Alcohol in combination with another drug was the second-most-common addiction treated that year, followed by marijuana.

Why Choose Rehab in Washington?

Washington is home to a vast number of drug rehabilitation facilities, mental health organizations and support groups. You can find help for addiction in the Evergreen State. From Vancouver to Bellingham, support systems are in place to aid in your recovery.

Similar to national trends, the state of Washington has experienced a sharp increase in opioid-related criminal activity, drug overdoses and addiction treatment admissions. Alcohol and marijuana are among the most popular substances of abuse, followed by opioids and amphetamines. 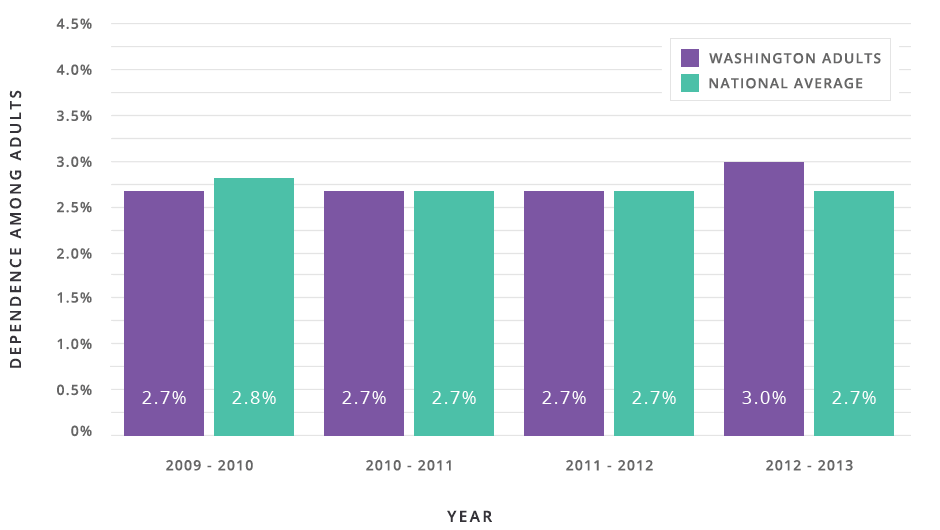 Heroin and Opioid Use Increase

Learn more about substance abuse trends in Washington.
Read More
Similar to national trends, the abuse of prescription painkillers spiked between 2008 and 2010, but heroin abuse continued to increase through 2013, the more recent year that data is available. 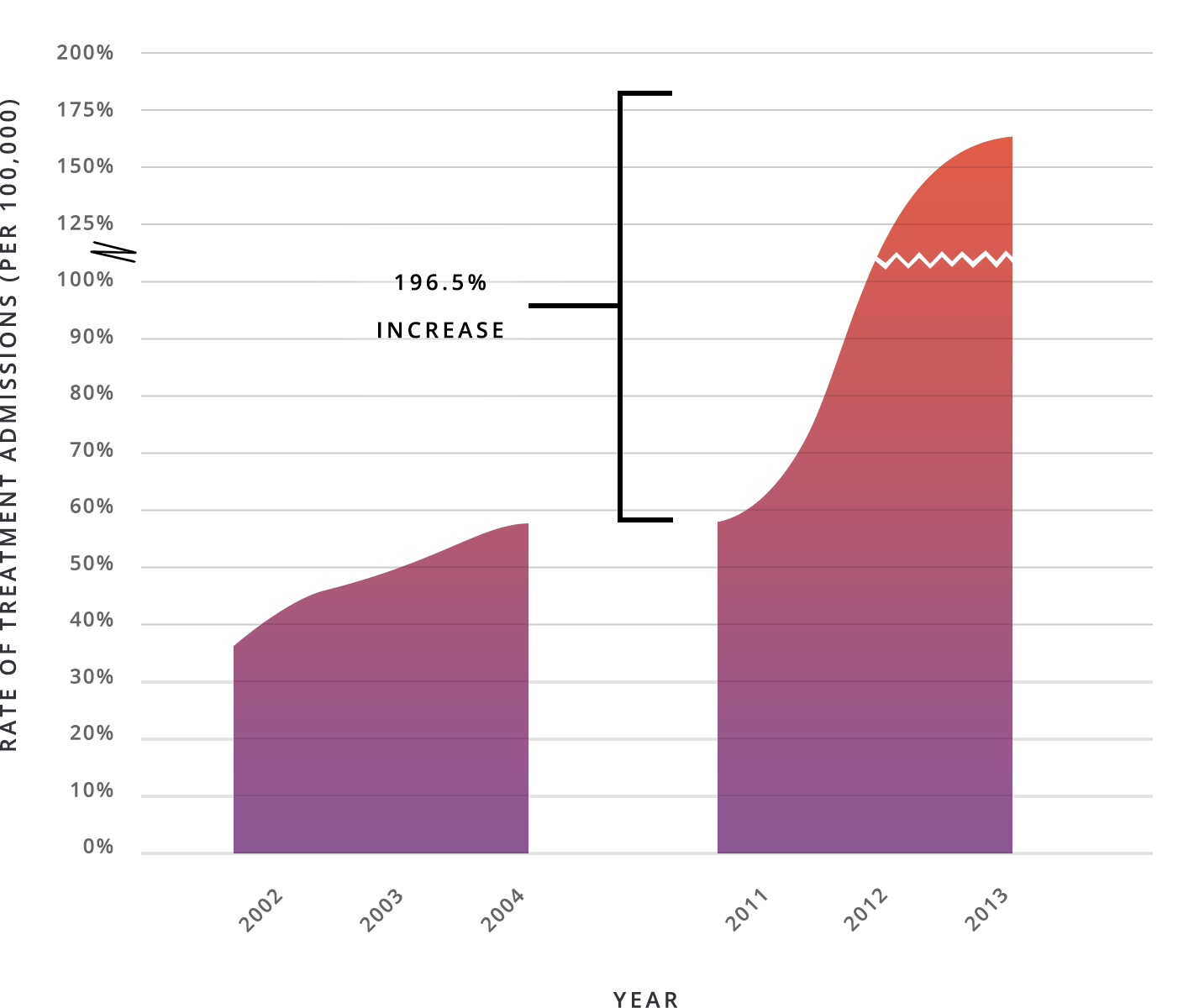 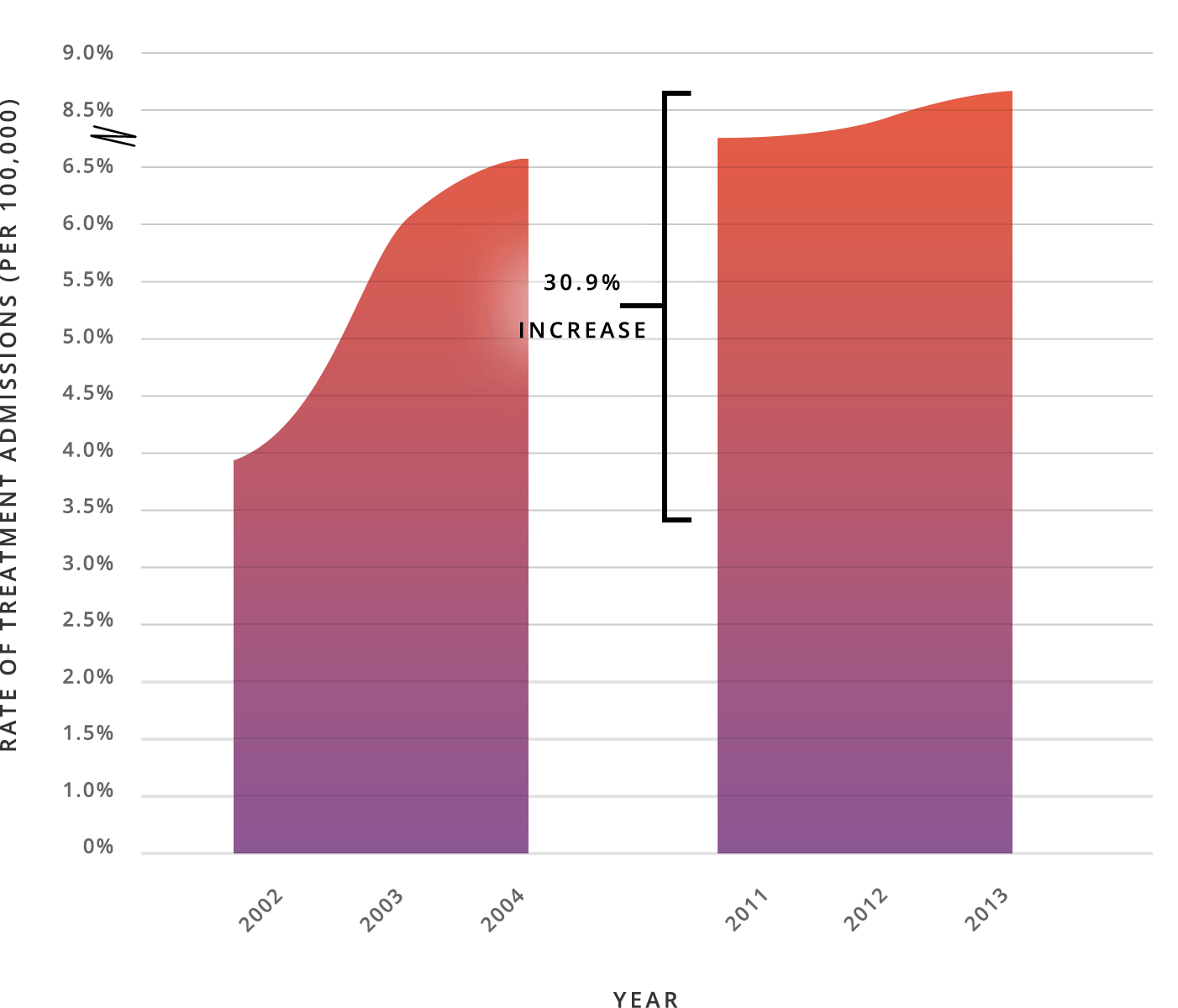 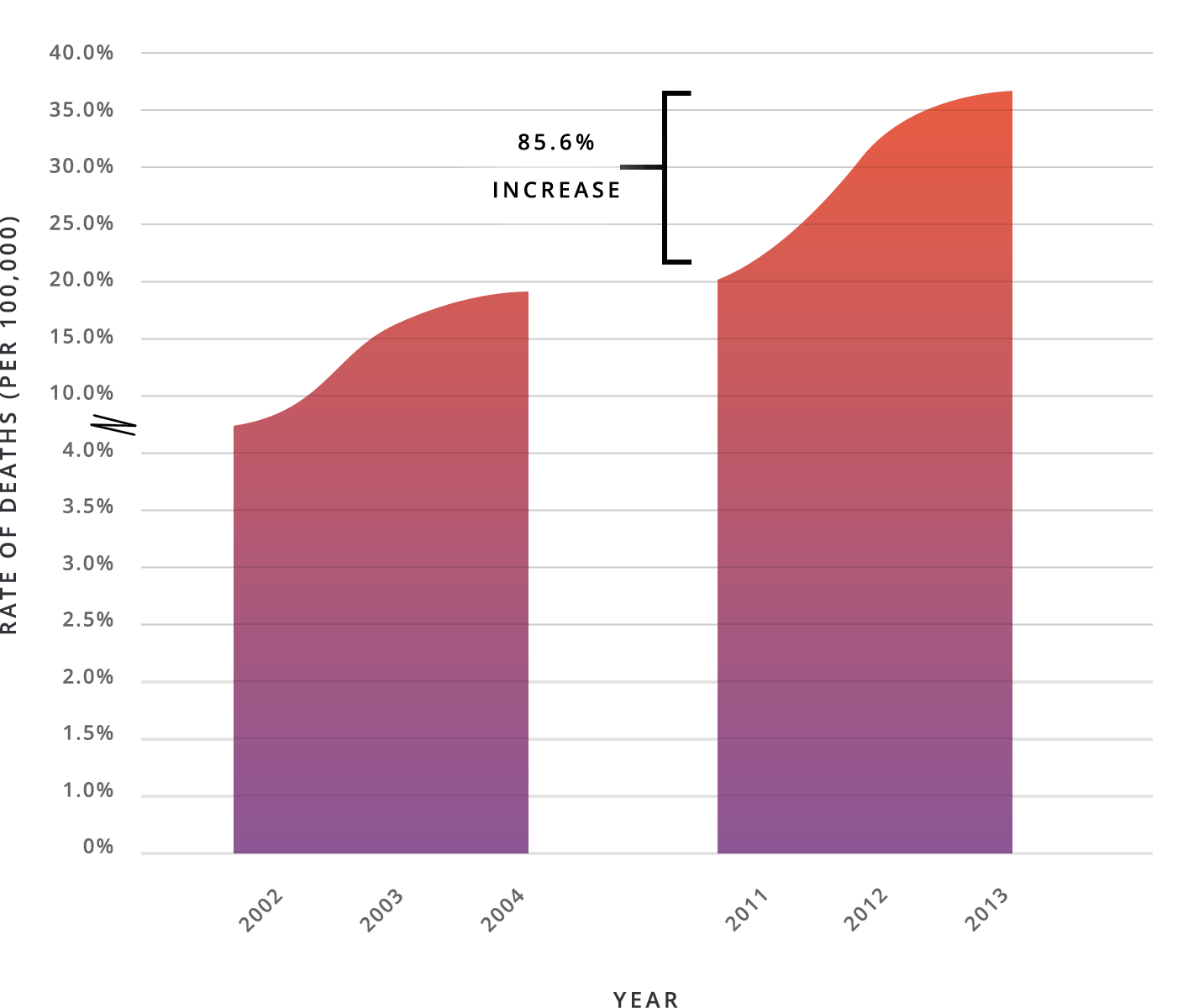 Marijuana use among high school seniors increased from 19 percent in 2004 to 27 percent in 2014. The percentage of teens who smoked cigarettes or used prescription painkillers declined during the decade.

13%
About 13 percent of high school seniors reported smoking cigarettes in the past 30 days in 2014.

9%
A total of nine percent of high school seniors said they abused a prescription drug in the past 30 days in 2014.

Top Cities to Rehab in Washington

In Washington, the Department of Social and Health Services oversees behavioral health programs, funding and prevention initiatives. The department provides some type of care to 2.7 million of the state’s 7 million residents each month. One of its strategic goals is to be a national leader in mental health services including treatment, recovery and prevention services.

Division of Behavioral Health and Recovery

The Division of Behavioral Health and Recovery was created in 2009 to oversee services for all mental health disorders. The division of the Department of Social and Health Services provides funding, training and technical expertise for local health care providers and treatment facilities.

The Washington State Behavioral Health Advisory Council brings citizens, providers, private and public parties and government officials together. The council advises the Division of Behavioral Health and Recovery on activities including operations, funding, planning and evaluation of initiatives.

The DBHR supports long-term, community-based prevention programs through its Community Prevention and Wellness Initiative. The division partners with local governments and school districts to provide funding and expertise for programs in the state’s 39 counties and nine educational districts.

The Mental Health Promotion Project provides federal funding to nationally recognized tribes for mental health projects. The goal of the project is to reduce barriers to mental health by reducing discrimination and promoting equal access to education, employment, housing and health services.

Washington’s Peer Support Program, managed by the Office of Consumer Partnerships, certifies individuals in recovery, so they can provide certified peer support for other individuals receiving mental health services. The counselors use their personal experiences to help others in recovery.

The Office of the Superintendent of Public Instruction runs the Student Assistance Prevention-Intervention Services Program. The program provides tobacco, alcohol and other drug abuse prevention and intervention services in public schools. Services include screening, counseling, case management and referral programs.

The Washington Healthy Youth Coalition works to decrease underage drinking and marijuana use in communities throughout the state. The coalition maintains and promotes an educational website for parents, implements statewide education campaigns and awards grants to community groups.

Sponsored by the Department of Social and Health Services and the Department of Health, the Spring Youth Forum recognizes youth prevention groups and provides a networking opportunity for youth from across the state. Youth can attend training workshops and share success stories at the forum.

The state of Washington supports the Tobacco Quitline which connects individuals suffering from tobacco addiction with a “quit coach” who can answer questions, provide educational materials and develop a quit plan. Residents also have free access to the SmartQuit app, an evidence-based smoking cessation program.

The state of Washington began allowing licensed retailers to sale marijuana to residents and out-of-state visitors ages 21 and older in July, 2014. Residents may also grow marijuana and use it recreationally in their home.

Individuals cannot consume marijuana in retail stores, and they can’t consume a marijuana product in view of the general public. Marijuana can’t be taken out of the state, and driving under the influence of marijuana remains illegal in Washington. Businesses — such as hotels, motels and inns — have the authority to ban marijuana consumption on their premises.

Addiction treatment centers throughout Washington can help individuals suffering from marijuana addiction. Various nonprofit and community-based organizations throughout the state continue to advocate against marijuana consumption, especially among youth. 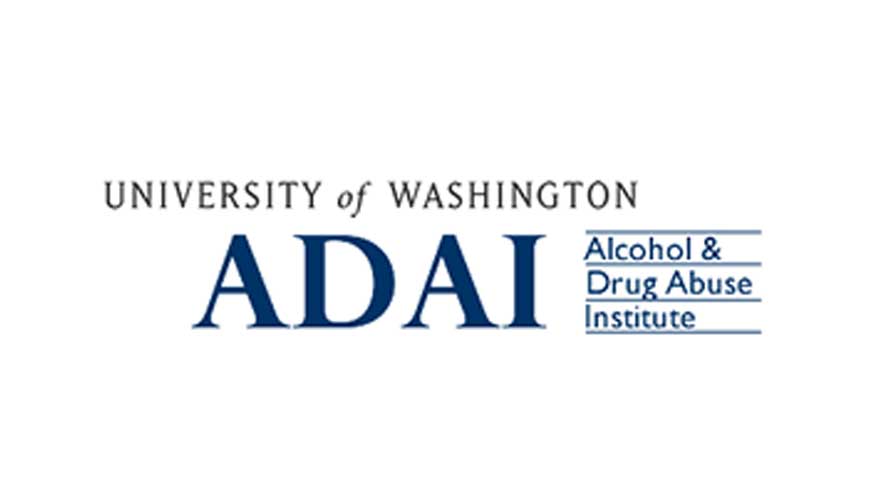 The University of Washington’s Alcohol and Drug Abuse Institute conducts research and develops reports on drug abuse trends in the state. The institute’s Center for Opioid Safety Education provides opioid-related educational information and technical assistance to prevention and intervention organizations in the state. The Washington State Prevention Summit is an annual event that brings members of the drug prevention community together to evaluate previous efforts, discuss new strategies and to collaborate. Parents, teachers, law enforcement, treatment providers, policymakers and a variety of other individuals attend the summit. 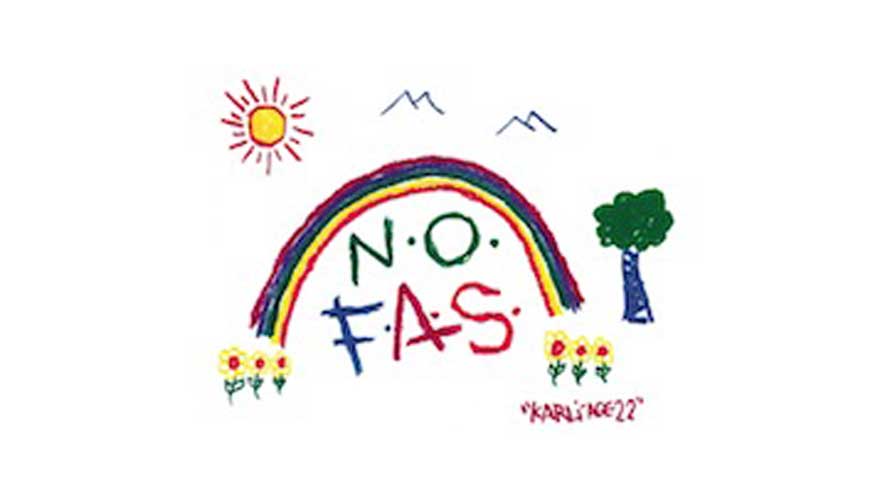 The National Organization on Fetal Alcohol Syndrome affiliate in Washington is a nonprofit that builds partnerships with community coalitions, helps coordinate public outreach campaigns and develops media campaigns. The organization helps unify families, community members and health professionals to raise awareness about the dangers of drinking alcohol while pregnant. 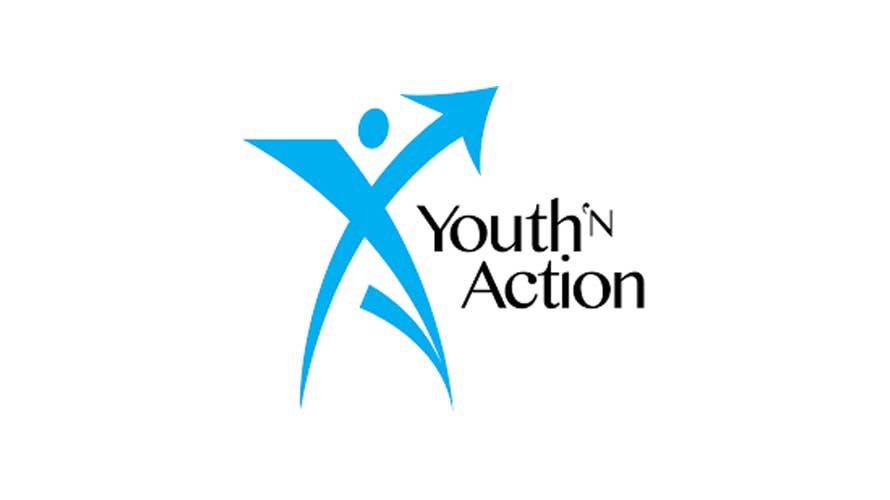 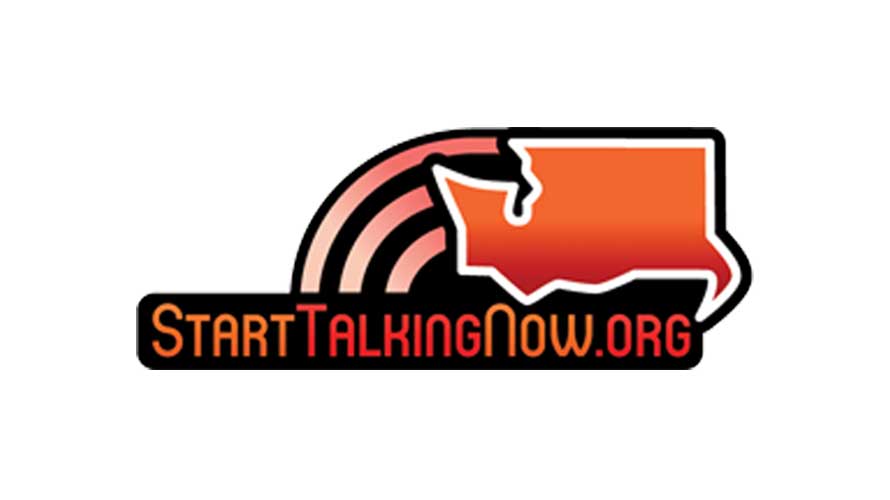 Previously called the Washington Coalition to Reduce Underage Drinking, the Washington Youth Coalition comprises 27 government agencies and organizations in Washington. The organization’s mission is to reduce underage alcohol and marijuana use in the state by supporting related policies and implementing statewide media campaigns.

Take Back Your Meds

Take Back Your Meds consists of 270 health organizations, government agencies and community groups that support medicine take-back programs. The organization’s goal is to decrease the availability of addictive drugs on the street by developing a statewide drug take-back program funded by pharmaceutical companies.

There are thousands of support group meetings throughout Washington. 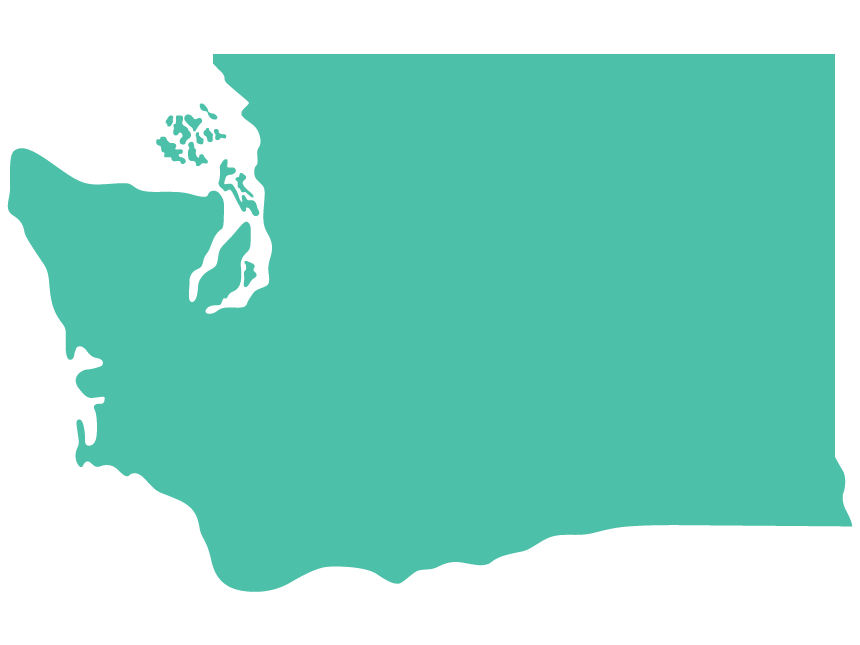