Take your first step toward recovery today by finding treatment in New Jersey. The state is home to a growing number of certified rehabilitation centers that can help you on your path to recovery.

Our Rehab Centers in New Jersey 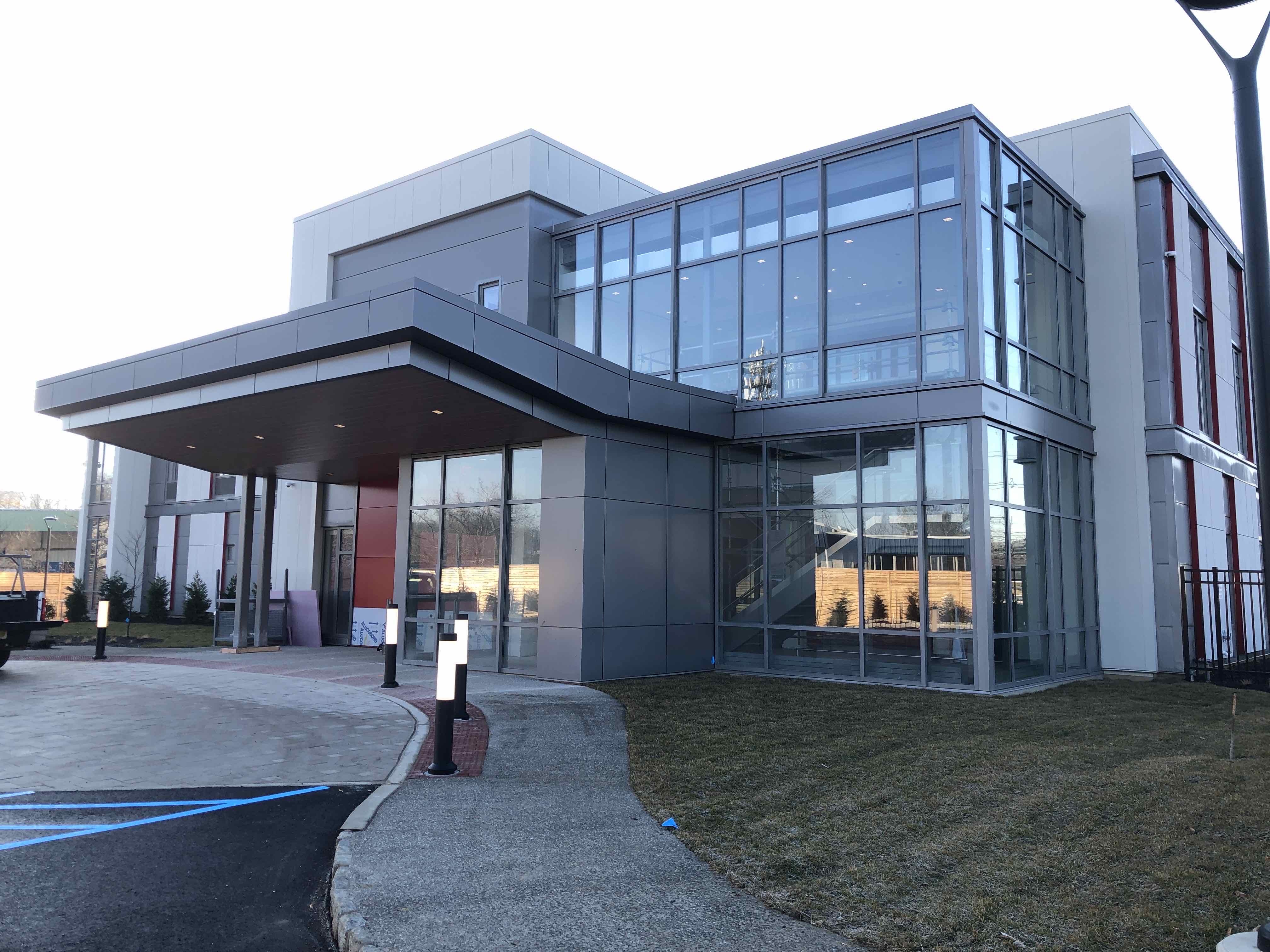 Why Choose Rehab in New Jersey

The state of New Jersey is dedicated to helping its citizens recover from addiction and live healthy lives. The government provides funding and guidance to numerous community-based prevention coalitions, and cities throughout the state are home to numerous support groups and treatment centers.

More than 64,000 people sought treatment for substance use disorders in New Jersey in 2014, a slight decline from the 72,000 that sought treatment in 2013. Heroin comprised the most treatment admissions both years, followed by alcohol.

Prescription opioids admissions declined slightly from 2013 to 2014, and cocaine and marijuana admissions each remained stable.

Drug overdoses have been increasing dramatically in the state. In 2012, more than 1,100 people died from an accidental drug overdose in New Jersey, a 50 percent increase from 2004. Preliminary data indicated that the number of overdoses increased in 2013 too. 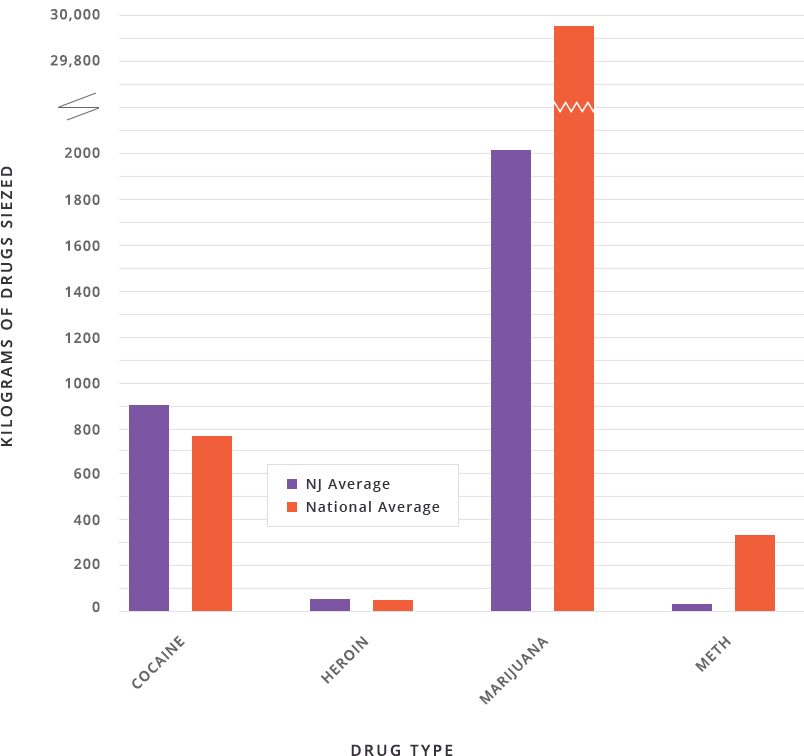 Deaths involving prescription drug overdose nearly doubled from 332 in 2004 to 606 in 2006. However, they decreased to 408 in 2008 before rising again in subsequent years. 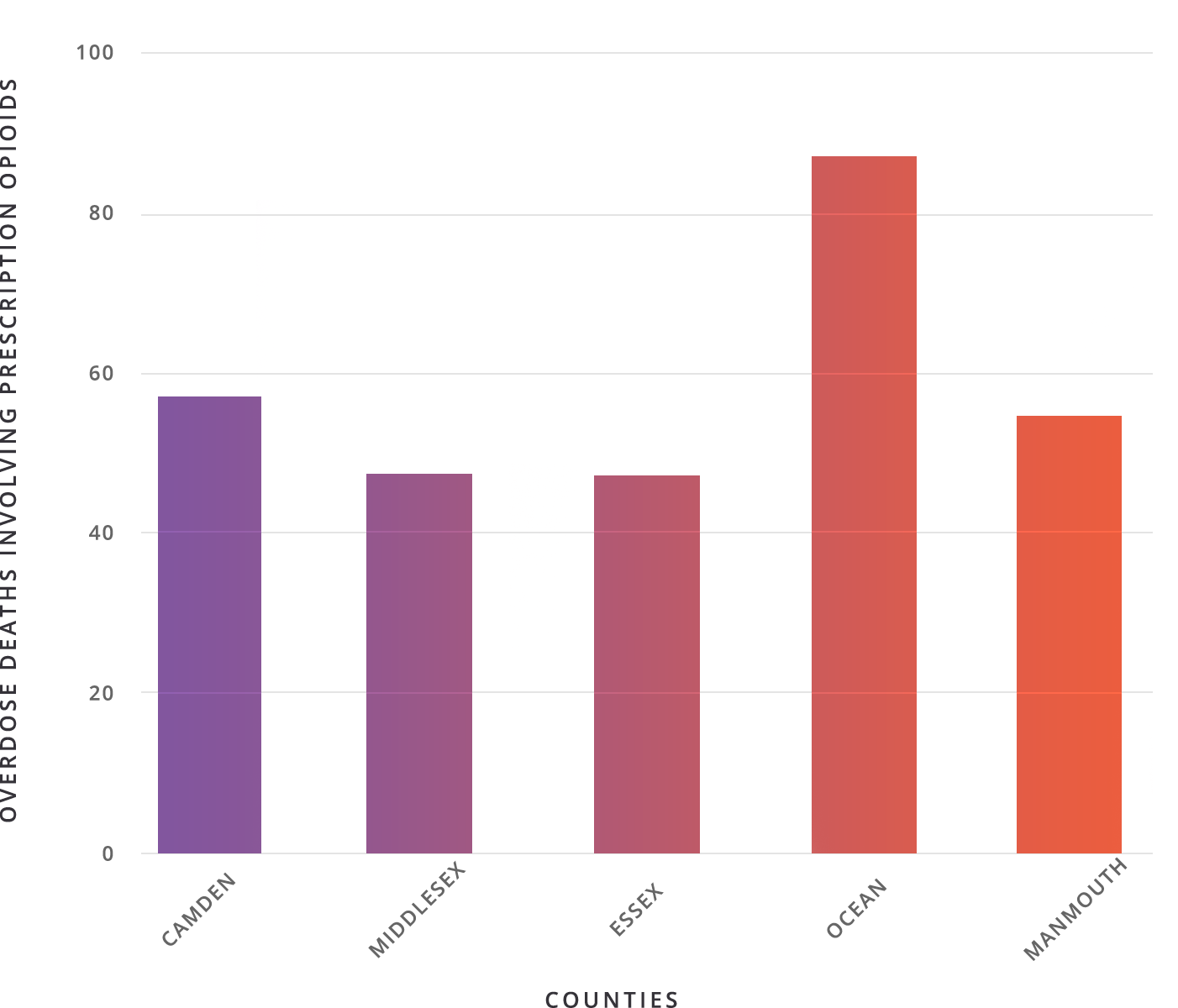 The statewide survey is conducted every other year. In 2013, the survey included 31 schools and 1,701 students.

In 2013, 34 percent of students reported trying at least one puff of a cigarette during their life, down seven percent from 2011.

In 2013, 13 percent of students reported smoking at least one cigarette during the past 30 days, down three percent from 2011.

In 2013, 10 percent of students reported trying synthetic marijuana — such as K2 or Spice — at least once during their life.

In 2013, 68 percent of students reported trying at least one drink of alcohol during their lifetime, down one percent from 2011.

In 2013, 12 percent of students reported using prescription drugs without a prescription one or more times during their life, down three percent from 2011.

Top Cities to Rehab in New-jersey

Several cities in New Jersey are home to reputable drug rehab centers, support groups and the resources you need to recover from addiction.

The New Jersey Division of Mental Health and Addiction Services leads statewide prevention and treatment efforts. The division is in charge of developing, coordinating and supporting mental health and addiction services across the state.

The New Jersey Division of Consumer Affairs runs the New Jersey Prescription Monitoring Program, a statewide database that collects data on prescriptions of controlled substance and human growth hormones. The database can be used to prevent overprescribing and to identify individuals who have been involved in criminal activity related to prescription drugs.

The Opioid Antidote and Overdose Prevention Act protects health care practitioners who prescribe anti-overdose drugs, such as naloxone, from civil or criminal liability. It also protects individuals who administer the drugs in emergency situations in which they believe a person is experiencing an overdose.

The Addiction Training and Workforce Development Initiative is an effort by DMHAS to combat a statewide shortage of behavioral health counselors. The goals of the program are to provide training, develop addiction specialist career paths, expand the discipline and recruit new workers. DMHAS also provides scholarships to individuals pursuing addiction-related coursework.

The New Jersey Department of Human Services, Administrative Office of the Courts and the New Jersey Motor Vehicle Commission collaborate to administer the Intoxicated Driving Program. The goal of the program is to help individuals convicted of DUI offenses receive addiction treatment when necessary. The program has funded treatment for more than 6,500 residents.

Alcohol, Tobacco and Other Drug Abuse Programs in Schools

Every district board of education in New Jersey is required to develop programs to prevent substance abuse, intervene when it has occurred and refer students to treatment when necessary. The goal is to develop protective factors in order to reduce the prevalence of alcohol and other drug abuse in New Jersey schools.

DMHAS has developed several task forces to investigate and develop recommendations to improve treatment at mental health facilities across the state.

DMHAS has several councils and committees that provide guidance and advice for improving behavioral health care services in the New Jersey.

The Co-Occurring Mental Illness and Substance Use Disorders Task Force developed a plan to improve treatment for individuals with co-occurring disorders in addition to recommending best practices for financing, policy, regulation and legal issues. The task force delivered its report in September 2010.

The goal of the Dual Diagnosis Task Force was to reduce obstacles that prevented individuals with developmental disabilities and co-occurring disorders from receiving mental health services. The task force developed recommendations for removing barriers to treatment in January 2009.

The Acute Care Task Force was charged with developing recommendations to improve short-term services with an emphasis on early intervention and access to support services. The task force recommended improvements in May 2009.

The Primary Care Task Force examines factors that increase mortality of individuals in recovery such as smoking, lack of exercise, poor nutrition and exposure to diseases. The goal is to increase access to primary care for these individuals.

Advisory Committee for Programs for the Deaf, Hard of Hearing and Disabled

The committee advises alcohol and drug abuse treatment programs for individuals who are deaf, hard of hearing and disabled. It also guides the utilization of allocated funds for the programs.

The Professional Advisory Committee for Addictions is a DMHAS sounding board composed of experts in the field from various agencies and coalitions.

The Citizens’ Advisory Council provides guidance for DMHAS in support of educational, prevention, intervention and treatment initiatives. It is composed of consumers and citizens who represent residents affected by addiction. The council also acts as a liaison for DMHAS to communicate with consumers of behavioral health care.

The committee advises DMHAS on reintegrating individuals who have been involuntary committed back into society. The committee plans, implements and tracks policies for reintegration. It also reviews eligible consumers, coordinates assessments, treatment and discharge plans.

The Multicultural Services Group is a working group that provides technical assistance for DMHAS. It comprises consumers, providers and stakeholders who strive to increase cultural competency in the mental health care system.

Regional Advisory Committees are forums located in north, central and south New Jersey for professionals and citizens to discuss mental health services and to share ideas. The New Jersey Prevention Network is a public health agency that works to reduce substance abuse in communities. It supports training and prevention programs for professionals and networks that foster collaboration. The NJPN provides classes in addiction, training and workforce development and other initiatives. 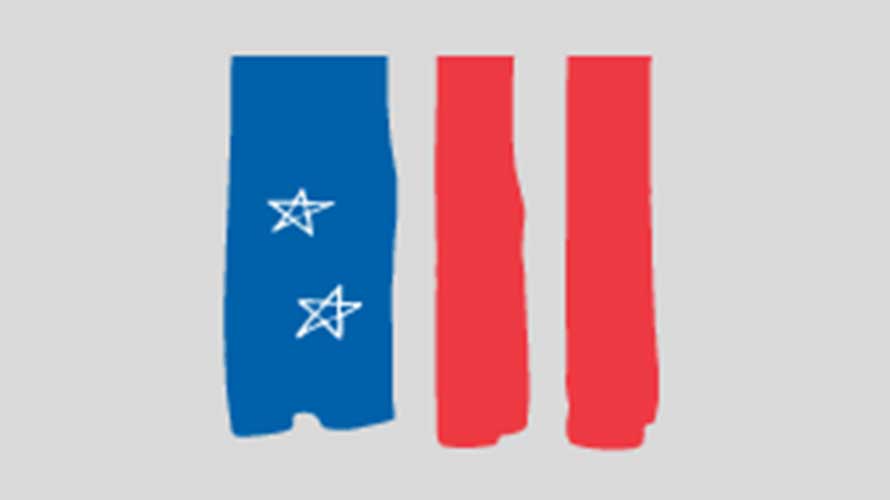 Partnership for a Drug-Free New Jersey 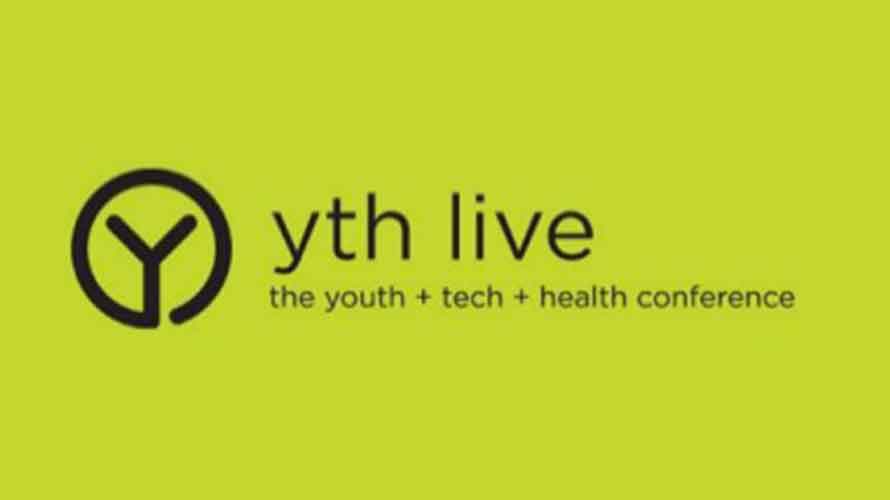 The New Jersey Social Marketing Collaborative was developed by the NJPN in collaboration with the PDFNJ. It created ParentCheckNJ.com as an educational resource for young adults and their parents about the science of alcohol and prescription drug abuse. The website includes information on legal ramifications for substance abuse and brain development facts. 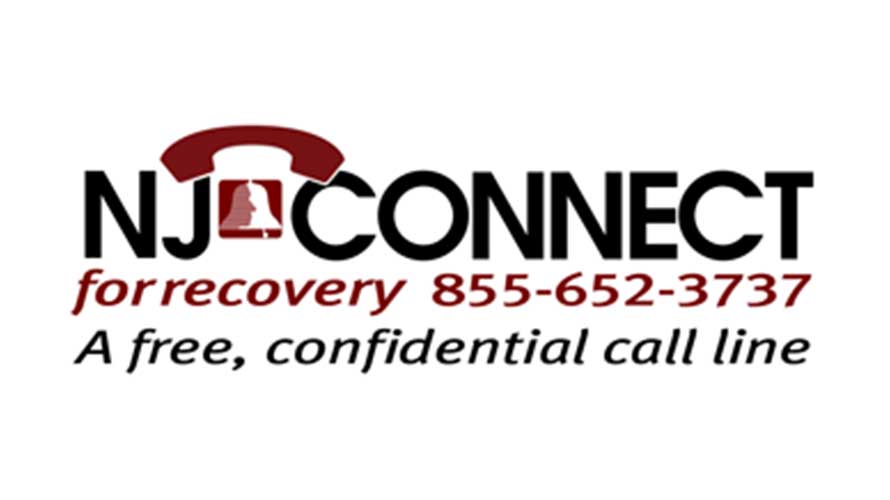 The New Jersey Connect for Recovery Call Line provides guidance for individuals who are concerned with a friend’s, family member’s or their own opiate use. The confidential service provides support and guidance from certified substance abuse counselors and peer support specialists. 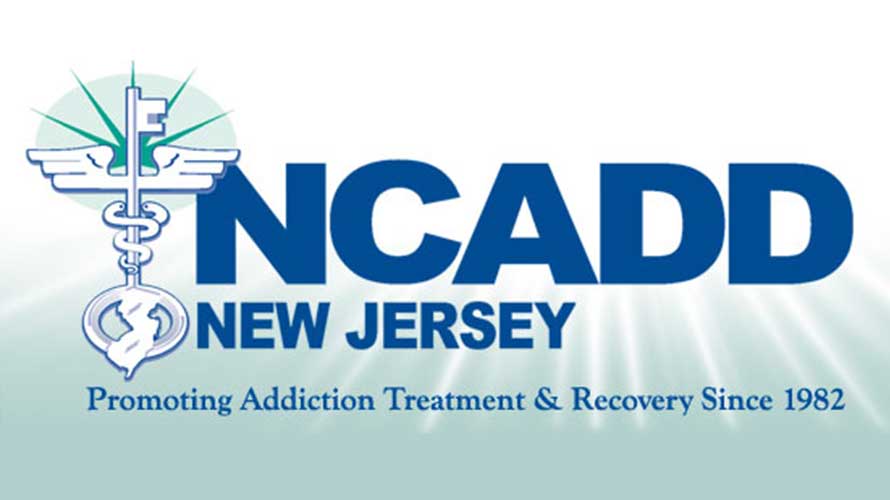 The New Jersey affiliate of the NCADD is a nonprofit organization that promotes alcoholism and drug dependence prevention and treatment initiatives. NCADD-NJ comprises more than 125 employees and is funded by the New Jersey Division of Family Development’s Substance Abuse Initiative. The organization participates in research projects and publishes a bimonthly news journal. Parent-To-Parent of New Jersey is a coalition for parents and families affected by addiction or drug abuse. The organization provides guidance for families as they work their way through the treatment system. Parent-to-Parent provides confidential consultations, treatment planning services, case management services, community education and workshops. 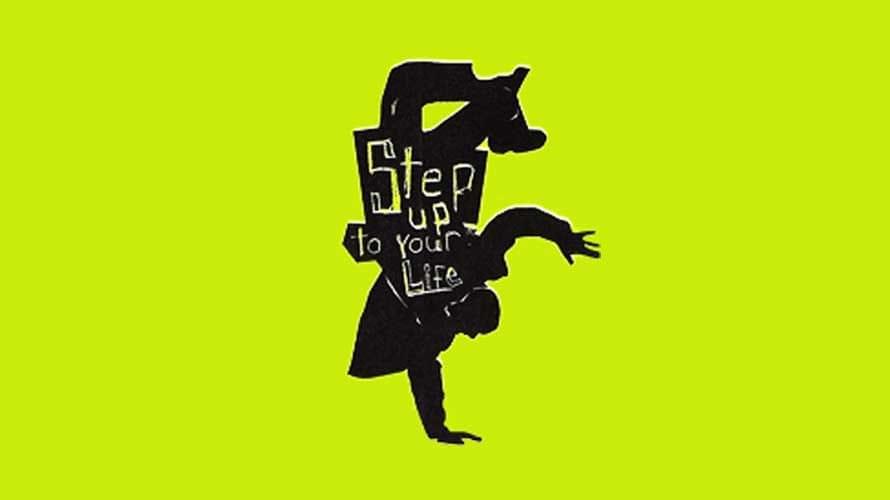 Reach Out is a nonprofit organization that promotes awareness about the dangers of illicit drugs, alcohol, tobacco and related issues in schools and community organizations. Reach Out provides motivational speakers, customized prevention programs and health and fitness presentations. The presentations include high-energy performances focused on the needs of that specific audience. Originally the Central Jersey Council on Alcoholism, Prevention First expanded its mission to preventing other types of abuse — including drug abuse, violence and bullying. The group provides services to children and teens in order to help them develop abuse-free relationships and live healthy lives. The group also provides educational resources to parents and caregivers. Drug Abuse Resistance Education New Jersey collaborates with law enforcement, schools, parents and other stakeholders to implement drug and violence prevention curricula in New Jersey schools and communities. The goal of the program is to raise awareness and improve knowledge about the dangers of substance abuse and violence.

New Jersey is home to thousands of support group meetings. You can find social support and peer assistance during your recovery from addiction.