Tony Farmer grew up in a fishbowl. The son of a small-town Texas minister, everything Tony and his siblings did was viewed as a reflection of his father’s church. Every friend they made. Every event they attended. Every conversation they had.

There was a lot of love, but also a lot of pressure.

Tony’s parents felt it too. That’s why they only drank when they were in a town where no one knew them or their church. And even then it was only a glass of wine with dinner.

Alcohol wasn’t served at the community dinners his parents hosted regularly at the family home. Guests were always so impressed Tony’s family ate dinner together every night.

He didn’t know there were families that didn’t.

“We were kinda sheltered. I always tell people it’s true, no matter what upbringing you have you can still suffer from mental health conditions or substance abuse.”

In high school, Tony discovered pot. He was afraid of getting in trouble.

And so afraid someone would discover he was gay.

“I felt a freedom I had never experienced before”

“At some point in the addiction process, we completely lose power.”

“There was this internal struggle where one part of me wanted to seek God, and the other part felt I could only do that if I erased my feeling and thoughts. I was literally walking around campus, living this double life.”

The fishbowl had followed him.

He started hanging out with kids who attended a nearby secular school. They were older. They had experience. Tony went with them to clubs and parties, something he had never been allowed to do back home.

“When I introduced drugs into my system, I felt a freedom I had never experienced before,” he said.

The fishbowl shattered, at least while he was high. He didn’t care if someone saw him text a guy. He didn’t care who saw him flirt with whom. Drugs lifted the weight he had carried on his shoulders his whole life.

But sometimes it felt like too much of an escape. It felt too good. A voice inside said this wasn’t a smart way to cope, but he didn’t know how to stop. 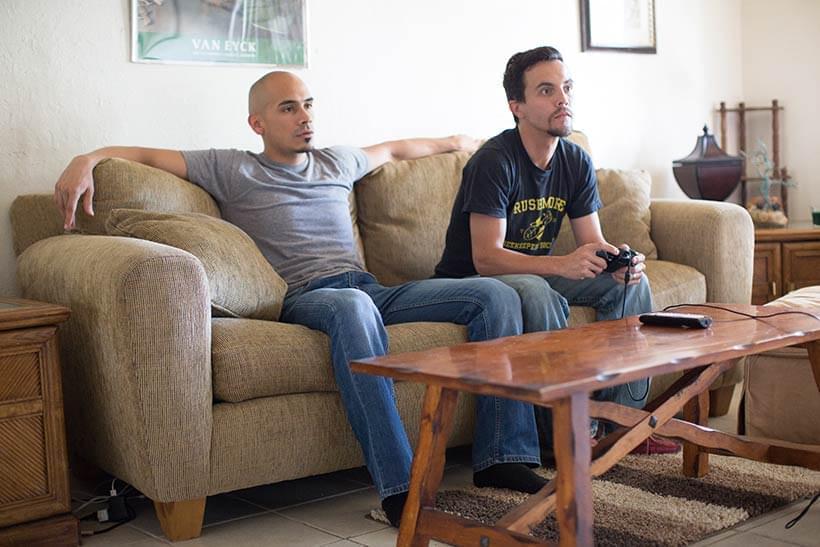 Tony and his fiance, Adam

About a year into college, an all-night coke binge knocked him out for 19 hours. He slept through two finals.

“At some point in the addiction process, we completely lose power,” Tony said. “After that experience, I said enough, I’m not touching that stuff ever again.”

He left school. Moved back home. And then met methamphetamines.

While some kids gain weight in college, Tony did the opposite. He started to disappear.

People peering in the fishbowl whispered about the sickly fish inside, but no one said anything to Tony or his family.

“I was very good at playing the role,” he said. “I don’t think my parents knew how bad things were.”

His dad was too busy solving the problems of all the families in the church to see what was happening at home. Tony learned how to manipulate situations. How to avoid ultimatums. How to convince his mom that it was never his fault.

She believed him. For a while.

“I don’t believe in rock bottoms”

Eventually, Tony’s parents caught on. They threatened to throw him out so many times he lost count. Finally, three years after he started, they said: you’re going to treatment, or we’re done.

Tony enrolled in a 12-step facility in Abilene. It went as well as it could considering he wasn’t ready to make the commitment to recovery. He knew he was addicted to drugs, but couldn’t wrap his head around why he had to give up every vice entirely. 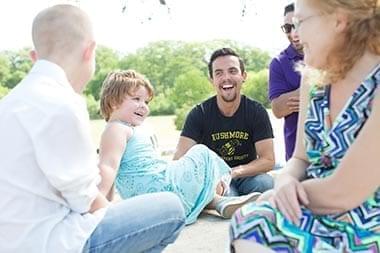 After treatment, he stayed clean for about six months. Then he started drinking here and there. Then the drugs were back. He ended up in Dallas, living in his truck. And then he cracked.

In 2012, a drug-induced psychotic break landed him in the hospital. His heart stopped. They shocked him once, twice, to no avail.

One doctor was ready to call it, but another said: let’s try one more time. That was the shock that brought Tony back.

He woke up three days later and heard the horror stories about what he had done and what he had gone through. Talk about a humbling experience.

“I don’t believe in rock bottoms. I don’t think there’s an end to the bottoms we can find; it will always get worse.”

He checked out of the hospital and back into that 12-step program at the Abilene rehab facility, this time armed with a strong sense of desperation and determination. He was finally ready to make the commitment.

“I’m so much more than that”

In the group therapy, one-on-one counseling sessions and guided meditations, Tony faced the core issues that drove him to drugs. And to the club scene.

“I identified myself as someone who was attached to their sexual value and what I could offer someone physically. I had lost concept of the fact I was an intelligent human being,” he said. “There was this moment where I realized holy crud, I’m so much more than that.” 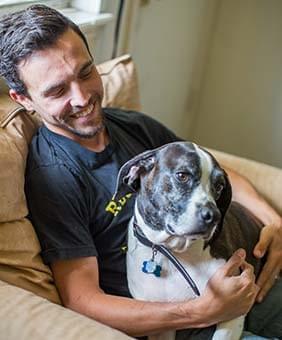 Tony is now active with Young People in Recovery

When he left the center he continued to follow the 12-step program and attend weekly meetings.

And then he met Adam.

Adam was also in recovery when they started dating. Around their six-month anniversary, Adam had a severe relapse. At the same time, one of Tony’s roommates also fell off the wagon. Suddenly drugs and alcohol were in his life, in his house.

“I was in a very non-conducive environment to recovery. And somehow through the grace of God and my support system, and my willingness and desperation to do the work, I was able to maintain my sobriety.”

When he felt Adam was strong enough to hear it, Tony said: you either get help or I’m out, I can’t do this.

Adam got help. He recovered. They’re getting married in January.

“My willingness had been tested and I had walked through with dignity and grace,” Tony said. “Even though I would never suggest getting into a relationship that early in recovery, we were one of those weird miracles.”

Tony’s parents won’t be at the wedding. They are supportive of both Tony and Adam, but made it clear they’re not condoning the relationship. Their religious beliefs prevent them from attending.

“It stinks but I also have major respect for them for standing up for what they believe in.”

Before his recovery, Tony could never wrap his head around the fact that life could be fun and exciting without some sort of vice. But sobriety is phenomenal, he said. He’s discovering so much about himself.

For one, he’s a strong leader. And a subject matter expert at recovery.

Tony is now active with Young People in Recovery, an advocacy organization with a mission to make it easier for kids to maintain their freedom from addiction.

“It introduced me to this whole new world,” he said. 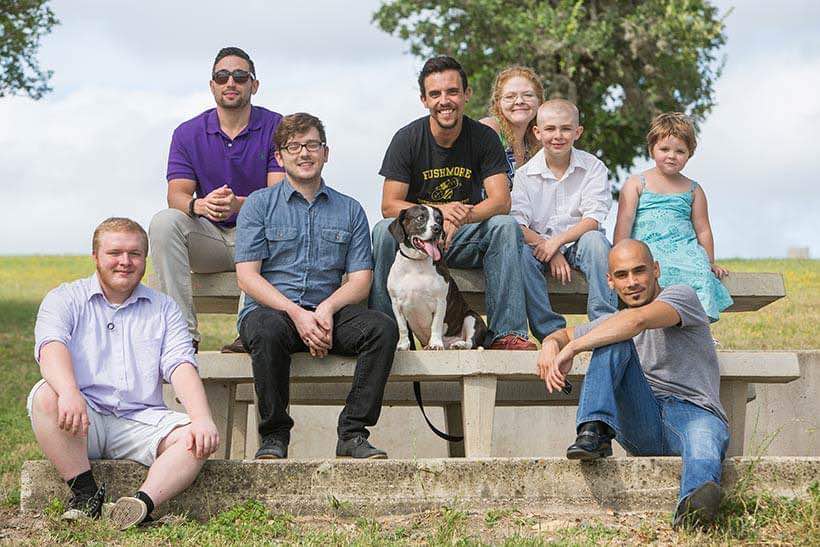 Tony now has a support system that helps him maintain sobriety

He gets to give back and help support others along their paths to recovery. He helps them get their life back, to get jobs, open businesses, join Chambers of Commerce. He helps them become human again.

He also helps them deal with the curveballs that life still throws, sober or not.

“I tell them I have the same struggles every single day that a ‘normal’ person who doesn’t have a substance abuse disorder deals with,” he said.

Bills still come at inconvenient times. Traffic jams still happen. Being sober doesn’t stop him from putting his foot in his mouth.

“The hardest part at the beginning is starting to feel all those problems we covered up, and learning to process them in a healthy way,” he said.

“I always tell people: trust the process. I’ve never seen anyone who has completely and thoroughly done what is suggested of them on the pathway to recovery fail.”

“Don’t leave before the miracle happens,” he said.