Tash Moore, 30, followed all the rules. In her elementary school D.A.R.E. classes she swore she would never smoke pot or do other drugs. She didn’t touch alcohol until she was 21.

Even then, her first forays into drinking were more about atmosphere than alcohol. She had one Manhattan at the Brandy Library in New York City. A few years later, she ordered another during intermission at the Fox Theatre in Detroit.

She was a “drinking tourist”, someone who appreciated the art of the cocktail or the nose of a good vintage. But she wasn’t really a “drinker.”

Then, almost a decade after that first Manhattan, there she was, experiencing horrible alcohol withdrawal symptoms.

“If I can have this story, so can anyone else,” Tash said. “I like to challenge the idea that even though things haven’t gone terribly wrong for you yet, it doesn’t mean it’s not time to stop.”

Growing up, Tash’s parents didn’t drink. Neither did many of her friends. It wasn’t until she started working that she met people who did. They were older than her, more experienced. Tash wanted to prove she could hang.

So one night, when they were all out together, Tash ordered a cranberry and vodka. She drank it in one sip, cracked her knuckles, and basked in the applause from her new friends.

She was officially in.

No One Got a DUI. No One Went to Jail.

It was fun at first. But soon the six-packs they shared turned into 12-packs. And then cases. A round of shots turned into a garbage can full of empty 750ml bottles of liquor. One glass of wine became three bottles. Before she knew it, Tash’s alcohol problem had gotten out of hand.

Tash slipped on short dresses and poured her feet into narrow heels to look like her new friends. She tried so hard to fit the mold of what they said an attractive woman looked like.

Neither were the fights.

Tash grew up in a home where debates were a family sport. At the dinner table, lively discussions would pop up about the pros and cons of SpaghettiOs. You didn’t want to be in the room when Jeopardy was on.

Her new friends also liked to debate. But it was different. It felt more destructive.

And for some reason, Tash was usually the one who ended up apologizing, often for things she had nothing to do with.

“At the time, I didn’t know alcohol suppressed emotions so much they tend to come out as explosions instead of things you can manage,” she said.

They drank. They argued. They drank some more. They partied to cover up their sadness and frustrations, the boredom of early adulthood jobs.

They got tore up on the weekends. Then during the week. But no one got a DUI. No one went to jail. All the criteria people use to measure whether their drinking is a problem went unmet. Tash started going to happy hours by herself, then drinking alone at home afterward.

She knew the booze was taking over her life.

“You feel like you need to slow down but don’t want to admit it,” she said.

She tried making little changes: switching from whiskey to wine coolers, promising herself she wouldn’t drink alone. Finally, she made the biggest change of them all. In January 2014, Tash stopped talking to her toxic “friends.”

But it was too late.

By early 2014, Tash was suffering from intense depression. The alcohol, the fights, the pressures of trying to fit in. It was all too much.

Tash had always had self-esteem issues. She drank to feel better. It made things worse. She started having massive panic attacks. She couldn’t sleep.

“I felt like I was out of control. That was the point when I realized my problem drinking had turned into an actual addiction.”

“I was sick of it, so I stopped drinking,” she said. “I felt terrible, and I just stopped.”

Bad move. Tash had been drinking so hard for so long, her body couldn’t handle a clean break.

“I felt like I was out of control. That was the point when I realized my problem drinking had turned into an actual addiction,” she said.

One icy night in January, her symptoms were so bad she drove herself into the hospital.

They gave her anti-anxiety medicines and told her to push through.

“Please don’t give up,” a nurse said. “People get so ashamed. Withdrawal is so uncomfortable, they just give up and start drinking again.”

Tash didn’t give up. At least not at first. Tash felt out of control and didn’t want to admit that she had an addiction.

It took two weeks for her withdrawal symptoms to ease. She had sedated her senses for so long with the alcohol. It was like an explosion to have them return.

Every noise was amplified; every touch felt like a pinch. The doorbell was a gunshot. Her socks were briars.

She couldn’t even handle her dog jumping on her lap.

“It was probably the most uncomfortable I’ve ever been in my life,” she said.

She didn’t drink for a month, and then one night she went out. With her real friends. They didn’t understand recovery. They said: “you’ve been so good for so long, just have one drink.”

So she did. This time, she promised herself, she wouldn’t let it get out of control.

Tash was able to keep things in check. For a while.

Then again, one glass became two. Two became a bottle.

“It was an automatic part of my day,” Tash said. “It felt like something that wasn’t a choice.”

The depression returned. Feeling like she was out of options, Tash made an appointment with a therapist. It was one of the best decisions of her life. 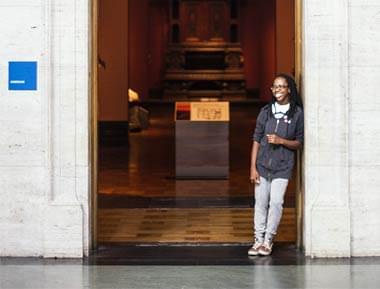 Tash felt relieved that she was confronting her addiction and gaining a support system.

In therapy, Tash was able to uncover the self-esteem issues that drove her to drink, that fueled her depression. Her therapist asked what Tash would look forward to if she stopped drinking.

For Tash, much of the relief would be physical. She said she looked forward to sleeping, to not feeling so exhausted, to giving her body a break.

“I was looking forward to having control over my life again,” she said.

At 29, Tash quit drinking for good. This time she weaned herself off slowly to avoid the horrible withdrawal symptoms. Her therapist gave her tools to help her deal with the problems she used to mute with booze: meditation instead of wine. Walks instead of whiskey.

This time she talked to her friends about her recovery so they wouldn’t unknowingly try to tempt her.

This time she had a plan; she had a support system. She was able to stop for good.

“I Don’t Want to Quit Just to Keep Drinking.”

Tash is still in therapy. She loves the support. She loves having a safe, nonjudgmental environment where she can talk about her self-esteem issues, her perfectionism, her desire for control.

She’s finally given herself permission to walk away from the unhealthy relationships in her life, to be ambitious, to follow her dreams. Tash realized that there was more to life than drinking.

It’s not only helped her overcome her addiction, it’s also enabled her to open her own business. Now she pours her energy into building her social media management empire rather than nursing hangovers. She spends her time at networking events rather than with toxic friends.

She relays the lessons she’s learned in therapy in conversations with friends and acquaintances who confide that they, too, are interested in quitting. She asks them what drives them to drink. What are they avoiding, she asks.

She also reassures them that there is life after drinking. So much life.

“I still miss it,” Tash says, “but I know that what I’m doing now outweighs it. I don’t want to quit just to keep drinking.”