Dr. Timothy Huckaby never considered himself an alcoholic. A successful medical student on his way to a promising career, he lived by the motto “work hard, play hard.” It wasn’t unusual for him to have a few drinks on the weekends.

And there was no shortage of booze on campus.

“In medical school, they had a student union where they would buy beer for us every single weekend. So we all drank a lot. We didn’t see a problem with that. That’s how we coped with life. We would party heavily on Friday night.”

What Huckaby didn’t realize was that he was predisposed to addiction. “I began to have a real serious alcohol problem,” he said. “It ran in my family. My father was a Southern Baptist minister who quit drinking because he found the Lord. And I had grandfathers and uncles who were severe alcoholics, so I never understood any of that.” While he admits his drinking was out of control, it never led to trouble at work or with the law. But all of that changed in the ’90s when he had foot surgery and was introduced to opiates. “I couldn’t stop,” he said. “To the point that I had a serious opiate drug problem and my partners intervened and sent me to recovery.” But Huckaby never intended to stop drinking.

“I just wanted them to fix me for my opiate problem and return me back to my life. And at that point I wasn’t willing and ready. I didn’t understand.”

His only goals were to finish the program, quit using painkillers and get back to work. After 90 days in treatment, Huckaby kicked his opiate dependence. Or so he thought. While his career as a doctor of anesthesiology continued to thrive — he was working at a very successful practice in Sarasota — he still didn’t fully understand his addictive tendencies.

Huckaby maintained his sobriety from opiates, if not alcohol, for about 10 years. But when he started having severe chest pains in 2008, his former habits started to resurface.

“Being the good addict that I was, I decided to self-treat myself.”

He carried nitroglycerin until it became ineffective, and then he carried the nitroglycerin spray. “It was easy to get it,” he said. “It was like candy in the operating room.” Huckaby wasn’t the only medical professional to ever pilfer from a hospital drug supply. According a 2014 article published in the Western Journal of Emergency Medicine, between 10 and 14 percent of physicians have substance abuse disorders — similar to that of the general population. The same article cited a 2009 study that found anesthesiologists, like Huckaby, have a higher rate of substance use disorders than other physicians. Dr. Huckaby continued to self-medicate, but when the pain became too much to bear, he saw a cardiologist and learned he needed a stent in his heart. Convinced his opiate addiction was behind him, he didn’t bother to alert his doctor before the procedure. “So they took me to the cath lab, put an IV in me and loaded me up with fentanyl (an opiate) and Versed (a sedative). At that point, I really didn’t have a recovery program. I was totally unprepared for the way that it would tickle my brain, and I can remember when it hit. I was like ‘Oh my God, I forgot about how good this stuff felt.’” He took a few days off, and the following Monday, he swore he wouldn’t start using again.

“I Was Ready to Listen”

After about five or six months, a good friend and partner noticed Huckaby didn’t look well. “I told him I’d been sick for a while,” he said. He’d claimed it was the flu, but his friend knew better and could tell he had relapsed. His partners intervened again, and Huckaby went into treatment for the second time. “Only this time I was beat up enough,” he said. “I was ready to listen. And my relationship with my wife wasn’t doing very well. And I was really sick and tired. So I paid attention, and during that treatment, they said ‘you know, you probably need to do something else with your life.’” Huckaby said addicts always question whether or not they’ve hit rock bottom, and he was no different.

“Your bottom is an inside job.”

He explained that hitting rock bottom has nothing to do with how much money someone has, where they live or whether or not they’re employed. “It has everything to do with when you look in the mirror and the eyes looking back at you are the person you swore you’d never become,” he said. “And once you’ve seen those eyes, you’ve hit your bottom.”
Ready to make a change?Take the first step and start your recovery today. Get Help Now
With another 90 days of treatment under his belt, Huckaby was ready for a change. He knew he couldn’t return to anesthesiology, so at 52 years old, the doctor needed to figure out the second phase of his career. “To tell you the truth, I was tired of what I was doing anyway,” he said, explaining that his position included long days and plenty of stress. He was fortunate enough to have some money saved, so he took some time off before deciding on his next step. But fate intervened a few weeks later during a Florida Society of Addiction meeting. “While I was having a bagel, I heard a voice in the background that I recognized, and it was one of my former partners from anesthesiology.” She was practicing addiction medicine, and after they shared their stories, she suggested he consider a career in the same.

“I thought ‘What a cliché, you have a problem, so that’s what you’re going to do, go practice addiction medicine.’”

But she asked him to keep an open mind and continued to check in with him regularly. “She kept bugging me and bugging me,” he said, adding that he was in no hurry to go back to work. But when she called a year later about an available fellowship at the University of Florida, Huckaby threw his hat in the ring and was invited to an interview. About 40 minutes into his ride home, they called to ask when he could start.

From Addict to Medical Director

Two months later, he and his wife were living in Gainesville, where Huckaby received training in pain medicine and psychiatry, in addition to addiction medicine. He was hired on staff and became board certified in both pain medicine and addiction medicine. “I never thought I’d be able to do that — become triple board-certified,” he said. Today, Huckaby is the medical director for Orlando Recovery Center where he uses his professional expertise and personal experience to help patients struggling with addiction. 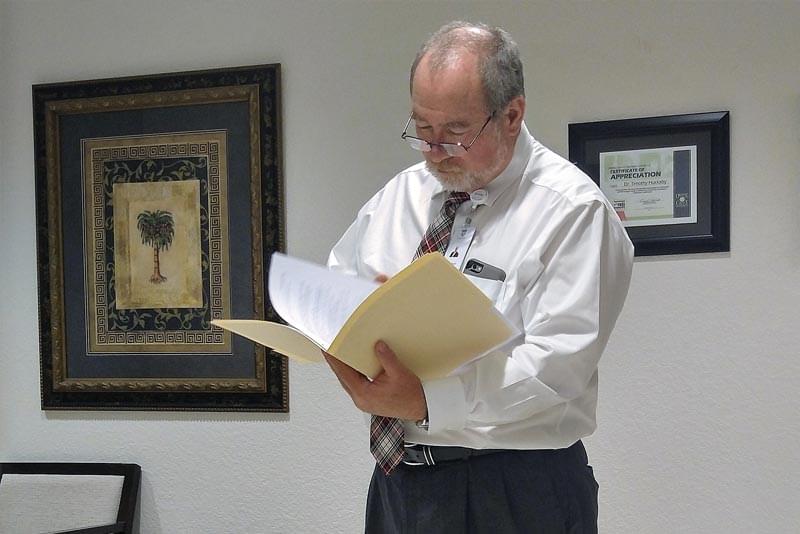 “I like what I do,” he said. “It’s been a very challenging field because it is a journey. And I guess it parallels both journeys because there is the journey into addiction that people don’t fully understand. I didn’t understand my journey into addiction. I never appreciated the genetic loading that I had — with my father being an alcoholic — because by the time I was old enough to remember things, my father was a minister … And you don’t realize if you have this genetic loading, that this begins to take larger and larger chunks of your life away from you.” Huckaby stresses that recovery doesn’t occur in solitude. Your journey into this didn’t happen in isolation, so it’s going to take an entire team of people to journey into recovery. Once he decided to commit to his program, Huckaby knew he’d have to work hard to be successful. “It really is a step back to being honest, open and willing to begin to be able to change your coping skills, to learn new ways to live. And it’s a whole combination of things.” Huckaby is proof that the hard work pays off. “On the other side is peace,” he said, “and, eventually, happiness.”
Author

Kim Borwick, MA, Editor, DrugRehab.com
Kim Borwick is the editor for Drugrehab.com. With more than ten years of editorial experience, Kim has edited higher education textbooks and academic and social science journals, including Sage Publication’s Homicide Studies. She edited course material and curriculum for the faculty at Full Sail University and later taught revisions and editing in the Full Sail Creative Writing for Entertainment bachelor’s program. In addition to her professional writing and editing, Kim is a frequent judge of the Royal Palm Literary Award and a member of the FWA and SCBWI.
[email protected]
Editor 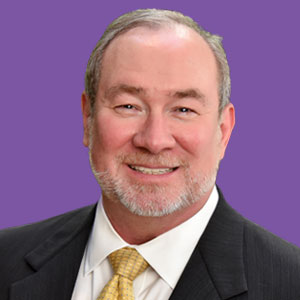