Find treatment for alcohol and drug addiction in Ohio. The Buckeye State is home to a growing number of accredited drug rehab facilities and networks of community support.

How Do Ohio Facilities Rank?

More than 36,200 people received treatment for substance use disorders in Ohio in 2015. Heroin was the most commonly treated drug addiction for the second year in a row, accounting for more than 11,000 treatment admissions.

More than 2,744 people died from drug overdoses in Ohio in 2014, the second-highest number of deaths among all states. The state had the fifth-most deaths in 2013 with 2,347, according to the Centers for Disease Control and Prevention. The CDC’s data includes unintentional poisonings, suicides, homicides and deaths with undetermined intent.

The number of heroin and other opioid overdoses increased the most drastically, but deaths from cocaine and alcohol also increased gradually from 2009 to 2014.

Heroin and Other Opioids

Heroin and prescription opioids are widely available in Ohio. Residents and community members identified heroin as the most prevalent and problematic drug in the state in 2015, according to focus groups conducted by the Ohio Substance Abuse Monitoring Network (OSAMN).

Across the state, heroin availability increased in the final six months of 2015. Vicodin was the most widely available opioid, but fentanyl was more highly desired by drug users. Pure fentanyl was difficult to find on the street, but it was commonly found in combination with heroin. 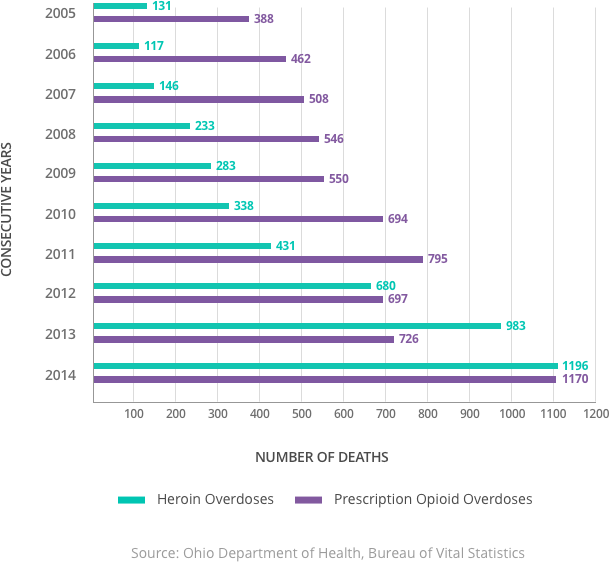 Law enforcement reported that, unbeknownst to buyers, drug dealers were commonly selling heroin-fentanyl mixtures as pure fentanyl or pure heroin. Officials also stated drug dealers were moving to Ohio from other states to sell heroin and that low social stigma associated with heroin use may have influenced its rise in popularity.

Cocaine is readily available throughout most of Ohio, but it’s less available in the Cincinnati, Cleveland and Columbus regions, according to OSAMN. Treatment centers reported few admissions for cocaine addiction alone but stated many patients entered treatment after combining the drug with heroin.

Focus group participants claimed snorting and injecting cocaine were the most common methods of administration and that cocaine was regularly combined with numerous other substances. Users most commonly combined cocaine with alcohol, using the former drug to stay awake after drinking.

The Ohio Department of Health conducts the Ohio Youth Risk Behavior Survey every other year. More than 1,455 randomly selected high school students from 44 public and private high schools completed the 2013 survey, the most recent report available. Alcohol was the most commonly abused drug among Ohio high schoolers, followed by tobacco and marijuana.

Nearly 30 percent of Ohio high school students said they drank alcohol in the past 30 days.

About 16 percent of high schoolers said they participated in binge drinking in the past month.

Nearly 21 percent of high schoolers said they used marijuana in the past 30 days.

About 15 percent of high schoolers said they smoked a cigarette in the past month.

Nearly 22 percent of high schoolers said they consumed a tobacco product in the past 30 days.

About 19 percent of high schoolers said they were offered, sold or obtained an illicit drug in the past year.

Top Cities to Rehab in Ohio

Certified rehab facilities in Ohio are expanding efforts to treat patients with a variety of substance use disorders. Several metropolitan areas and communities are home to support groups that aid individuals affected by addiction, including Cleveland, Columbus and Cincinnati.

The Ohio Department of Mental Health and Addiction Services (OhioMHAS) oversees the state’s addiction prevention, treatment and recovery systems. Its mission is to provide high-quality and effective mental health services to Ohioans, and its vision is to become a national leader in implementing high-quality addiction services.

The state of Ohio distinguishes community coalitions that utilize local data and evidence-based strategies by recognizing them with the Ohio Coalition of Excellence designation. Organizations that work to combat addiction, violence and suicide are eligible for the designation.

The Specialized Dockets Program, created by OhioMHAS, provides additional funding for drug courts and programs that target parents affected by addiction. In 2015, OhioMHAS dispersed more than $4 million to programs designed to treat addicted offenders and keep families together.

In 2014, Ohio began a specialized treatment program for drug-court eligible offenders addicted to opioids. The program gives offenders access to medication-assisted treatment at behavioral health care facilities in the communities of 13 counties.

Six correctional facilities in Ohio contain specialized therapeutic communities that provide residential treatment for addiction and other related conditions. During a normal day, inmates visit with a clinician, participate in group therapy and attend cognitive-behavioral therapy classes in a prison community separate from other inmates.

OhioMHAS supports the national Stepping Up Initiative, which aims to decrease the number of people with mental health disorders in jails. The state cooperates with local organizations and leaders, including sheriffs, community leaders and other stakeholders, to direct offenders with mental health disorders to treatment when possible. Twenty-three Ohio counties have passed resolutions supporting the initiative.

Courts in Ohio can sentence first-time offenders convicted of driving under the influence to a Driver Intervention Program instead of a mandatory three-day sentence. The program teaches offenders the consequences of alcohol and drug use, the effects of substance abuse on driving, the science of addiction and ways to find treatment and resources for addiction.

Looking for Help With Addiction?

Ohio outlawed smoking tobacco in public places when it passed the Smoke-Free Workplace Act in 2006. The state helps citizens quit smoking by providing the Tobacco Quit Line, a resource that makes its callers five times more likely to quit smoking than those who try to quit cold turkey. The Department of Health also provides free brochures and posters to raise awareness about the dangers of smoking upon request.

Urban Minority Alcoholism and Drug Abuse Outreach Programs were created to provide prevention, treatment and education to African American and Hispanic citizens in Ohio. OhioMHAS funds 13 programs to meet the needs of minorities affected by substance abuse throughout the state.

Each county in Ohio operates an Alcohol, Drug Addiction and Mental Health Board that develops and manages mental health and addiction services. The Ohio Association of County Behavioral Health Authorities supports the county boards on the state level and provides a networking platform for multi-county collaboration.

Start Talking! is an initiative spearheaded by Gov. John Kasich to encourage parents, caregivers and teachers to talk to children about the advantages of abstaining from alcohol and other drugs. The program provides tips and tools for starting the conversation with youngsters.

The Department of Health launched a media campaign called Prescription for Prevention: Stop the Epidemic to increase understanding about the dangers of prescription drug abuse. The campaign comprises public service announcements and the distribution of brochures and fact sheets. It also promotes awareness of drug disposal sites throughout the state.

Grassroots and nonprofit organizations in Ohio strive to reduce substance abuse, addiction and other mental health disorders in the state. Several organizations represent community interests on the state level and provide networking platforms for local organizations. 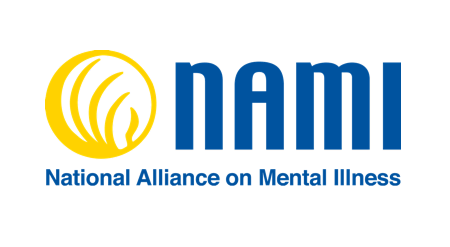 The mission of the Drug Free Action Alliance is to promote health and wellness by preventing alcohol and drug abuse. The organization’s message is aimed at children and adolescents, but it also works with older populations. The nonprofit creates initiatives to prevent substance abuse though a variety of collaborations and partnerships.

The Statewide Prevention Coalition Association is a network of coalitions and organizations that collaborate to prevent drug abuse in Ohio. The association hosts six statewide meetings each year. Members have access to discounted resources provided by Drug Free Action Alliance such as trainings, webinars and technical assistance. 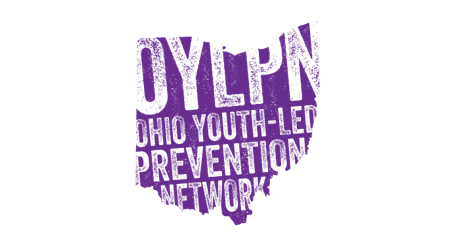 The Drug Free Action Alliance partnered with OhioMHAS to create the Ohio Youth-Led Prevention Network. The network comprises drug abuse prevention programs throughout the state. One of the network’s notable resources is the OYLPN Youth Council, which creates and delivers educational programs to young people across the state. 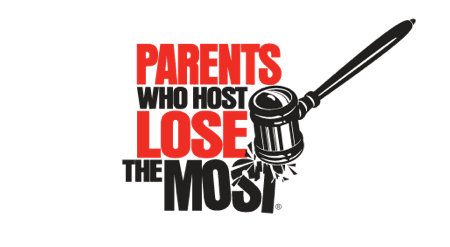 Parents Who Host Lose the Most

Parents Who Host Lose the Most is a public awareness campaign developed by the Drug Free Action Alliance to inform parents about the risks of allowing teens to drink alcohol at parties. The program has been replicated across the United States, Canada, and Japan, and it received the Center for Substance Abuse Prevention’s Promising Prevention Program award. The Ohio Center for Coalition Excellence provides technical assistance, resources and training to community-based coalitions in Ohio. Created by the Drug Free Action Alliance, the goal of the center is to aid communities hoping to create or improve alcohol and drug abuse prevention programs. 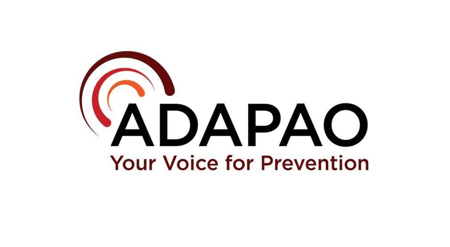 The mission of the Alcohol and Drug Abuse Prevention Association of Ohio is to use dialogue, networking and advocacy to strengthen alcohol, tobacco and drug prevention efforts. The nonprofit represents advocates on committees, organizes initiatives and talks to community and state leaders about issues related to alcohol and drug abuse. There are hundreds of support group meetings for people struggling with or in recovery from alcoholism and drug addiction in Ohio every day. Support groups such as Alcoholics Anonymous and Narcotics Anonymous help people trying to achieve sobriety and people who are trying to strengthen their recovery. 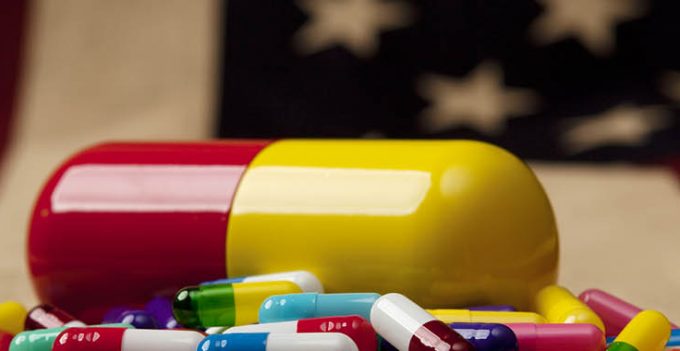 Ohio’s Surge in Heroin Use