People with anorexia nervosa have an intense desire to be thin and a deep fear of gaining weight. The eating disorder makes them restrict calorie intake and engage in weight loss behaviors that are associated with numerous health problems. Anorexia nervosa is a life-threatening health condition that can be treated with counseling and therapy.
Co-Occurring DisordersEating DisordersAnorexia
Topics on this Page
Topics On this page
Author: Chris Elkins, MA | Last Updated: 11/16/22 | 18 sources
Anorexia nervosa, commonly referred to as anorexia, is an eating disorder that affects millions of men and women. It’s the deadliest mental disorder, with an estimated mortality rate of about 10 percent, according to an analysis of 36 studies that was published in the Archives of General Psychiatry. “Anorexia is super, super dangerous,” Christina Purkiss, program director at Blue Horizon Eating Disorder Services, told DrugRehab.com. “Obviously, starving yourself is going to be incredibly dangerous.” The health consequences and prevalence of the condition make it a major health concern. In addition to death, anorexia can cause heart disease, reduced hormone production, brain damage and a range of mental health problems. About 12 to 18 percent of people with anorexia engage in substance abuse, which can progress to addiction and complicate treatment for the eating disorder.
Are you struggling with addiction and anorexia?We have programs designed specifically for you.
Get Help Now
An estimated 0.9 percent of women and 0.3 percent of men experience anorexia during their lifetime, according to the most recent statistics from the National Institute of Mental Health. That means approximately 1.4 million women and 470,000 men in the United States experience anorexia. The word anorexia means loss of appetite, and anorexia nervosa can be defined as a fear of weight gain leading to malnutrition and excessive weight loss. The eating disorder is more complex than a simple desire to be physically fit or attractive. “Anorexia is characterized by a very intense drive for thinness,” Purkiss said. “The individual is engaging in self-starvation because of that intense fear of gaining weight.” People with anorexia nervosa often have low self-esteem, anxiety and a distorted body image. The decision to limit calories is caused by a biological disorder in the brain. It’s difficult to recover from the disorder, and many people seek treatment for years before establishing and maintaining healthy eating behaviors.

People with certain personality traits may be more likely to develop anorexia. Obsessive-compulsive disorder and obsessive-compulsive personality disorder commonly co-occur alongside anorexia. People who exhibited obsessive-compulsive personality traits such as inflexibility, rigidity and perfectionism during childhood are more likely to develop anorexia, according to a 2003 study published in The American Journal of Psychiatry. “With anorexia, a big correlating factor that we see is perfectionism,” Purkiss said. “That perfectionism trait is very common in anorexia.” The exact causes of anorexia nervosa aren’t known. It usually develops after an event that leads to a negative energy balance during childhood or adolescence. Energy balance refers to the amount of energy consumed through food and the amount of energy used by the body. When people use more energy than they consume, they lose weight. Several events can lead to an energy deficit during adolescence. Youths who participate in sports, have a growth spurt or get braces may burn more calories than they eat or drink. Most people feel unhappy when they have an energy imbalance, but research suggests that some people with a genetic vulnerability to anorexia may feel better when they begin to starve. People with anorexia may also be able to avoid eating because their brains operate differently from others. When healthy people are hungry, the reward system in the brain motivates them to eat. The brain tells us that eating feels pleasurable because it is wired to reward behaviors that are essential to survival. But abnormalities in the reward system can cause some behaviors associated with eating disorders. One study of women with anorexia found that the reward systems in their brains didn’t activate when they were hungry. Scans of their brain activity suggested that they were less motivated to eat and more capable of resisting the temptation to eat.

The American Psychiatric Association’s Diagnostic and Statistical Manual of Mental Disorders lists three criteria for anorexia nervosa. The most recent edition of the manual, often referred to as DSM-5, considers age, sex, body development and physical wellness when determining whether a person has low body weight.
Abbreviated criteria for anorexia nervosa are:
DSM-5 also categorizes two subtypes of anorexia that are diagnosed based on eating and weight-loss behaviors:

Symptoms and Side Effects of Anorexia

Anorexia can be difficult to recognize. Signs that someone may be anorexic include skipping meals, making excuses not to eat, exercising excessively, checking weight constantly and avoiding eating in public. People with anorexia are often self-conscious about their appearance. They may complain about being fat even though they have low weight, or they may compulsively check the mirror for perceived flaws. Food is vital to wellness. Without proper nutrition, muscles break down, digestion is disrupted and hormone production is interrupted. These side effects cause energy loss, drowsiness and emotional problems. “Depressive symptoms can be an effect of anorexia rather than a separate diagnosis,” Purkiss said. “Anxiety usually starts to pop up around food, but it can involve other stuff as well. We also see low energy, social withdrawal and losing interest in important aspects of life. “With anorexia, your body is trying to fight to survive. It’s shutting down the unnecessary functions and focusing on what it can do to survive. As a result, these people have almost been drained of their personality.”
Other symptoms and side effects of anorexia include:
Anorexia is associated with numerous health complications. Studies have found that starvation, substance abuse, cardiac arrest and suicide are the leading causes of death among people with anorexia. One study published in The British Journal of Psychiatry also found that people with anorexia had an increased rate of death from natural causes. In a 2011 analysis of 36 studies, about 20 percent of deaths among people with anorexia were caused by suicide. A separate study involving more than 400 people with anorexia found that almost 17 percent of those with the eating disorder had attempted suicide, and the binge/purge type was associated with a much higher risk of attempting suicide than the restrictive subtype.

Disorders that Co-Occur with Anorexia

Anorexia commonly co-occurs alongside other mental health disorders. Anxiety disorders, such as obsessive-compulsive disorder and social phobia, are the most common of these co-occurring disorders. Depression, personality disorders and substance use disorders are also common among people with anorexia. Anxiety disorders often precede anorexia, but individuals can develop anxiety as anorexia progresses. Depression and other symptoms of mood disorders, such as irritability or insomnia, also develop when the body is deprived of food. Alcohol addiction and anorexia nervosa co-occur frequently, according to the National Institute on Alcohol Abuse and Alcoholism. Both disorders cause malnutrition, which can lead to a variety of health complications. Some individuals engage in “ drunkorexia,” which involves fasting before drinking. They drink on an empty stomach so they can get drunk more quickly. Other people want to limit their caloric intake, so they don’t eat if they know they’re going to drink later in the day or evening. “This is common on college campuses or among college-aged students,” Purkiss said. “Some people almost use getting sick from drinking as an excuse to purge. They say, ‘It wasn’t intentional. It was just the alcohol.’” Individuals who are addicted to stimulants, such as cocaine, may be at an increased risk for developing anorexia. The drugs can cause anxiety and decreased appetite. Some people who aren’t addicted to drugs begin using stimulants to decrease appetite and lose weight. Misusing the stimulants for this purpose increases the risk of developing an addiction.

Treatment for anorexia nervosa begins with an assessment, which usually includes a face-to-face interview and a questionnaire about eating behaviors or attitudes toward eating. Some eating disorders can be difficult to diagnose because symptoms of the conditions overlap. Individuals who meet most but not all of the criteria for anorexia nervosa may receive a diagnosis called other specified feeding or eating disorder. Their treatment will be dependent on their symptoms and medical history. Most treatment plans for anorexia include nutritional rehabilitation, monitoring and a combination of counseling and therapy. The goal of nutritional rehabilitation is to help patients gain weight at a healthy pace. During treatment, patients are monitored for vital signs, fluid intake and weight change. Therapy often includes cognitive behavioral therapy or interpersonal therapy. The goal of therapy is to address the underlying causes of anorexia, such as body image issues or anxiety. Some programs include group therapy or participation in 12-step programs, such as Eating Disorders Anonymous. In some situations, eating disorder treatment may be delayed while a more urgent medical condition is addressed. “If a patient is actively using alcohol or any other drug, that needs to be addressed first before someone can do eating disorder treatment,” Purkiss said. “In an ideal world, it’s best when both disorders can be treated simultaneously. The problem is that it’s tough to find really strong eating disorder and substance use disorder centers.” When possible, eating disorder treatment may begin alongside substance use disorder treatment. However, most drug rehab facilities treat the substance use disorder and refer patients to an outpatient eating disorder facility for long-term treatment of anorexia.
Medical Disclaimer: DrugRehab.com aims to improve the quality of life for people struggling with a substance use or mental health disorder with fact-based content about the nature of behavioral health conditions, treatment options and their related outcomes. We publish material that is researched, cited, edited and reviewed by licensed medical professionals. The information we provide is not intended to be a substitute for professional medical advice, diagnosis or treatment. It should not be used in place of the advice of your physician or other qualified healthcare provider. 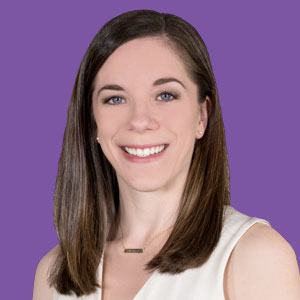