Randy Kemp can’t help but laugh when he talks about his past. He isn’t hesitant to talk about the mistakes he’s made, and he isn’t afraid of the work he has to do. He talks, sings and tweets like a person who has a second chance at life. 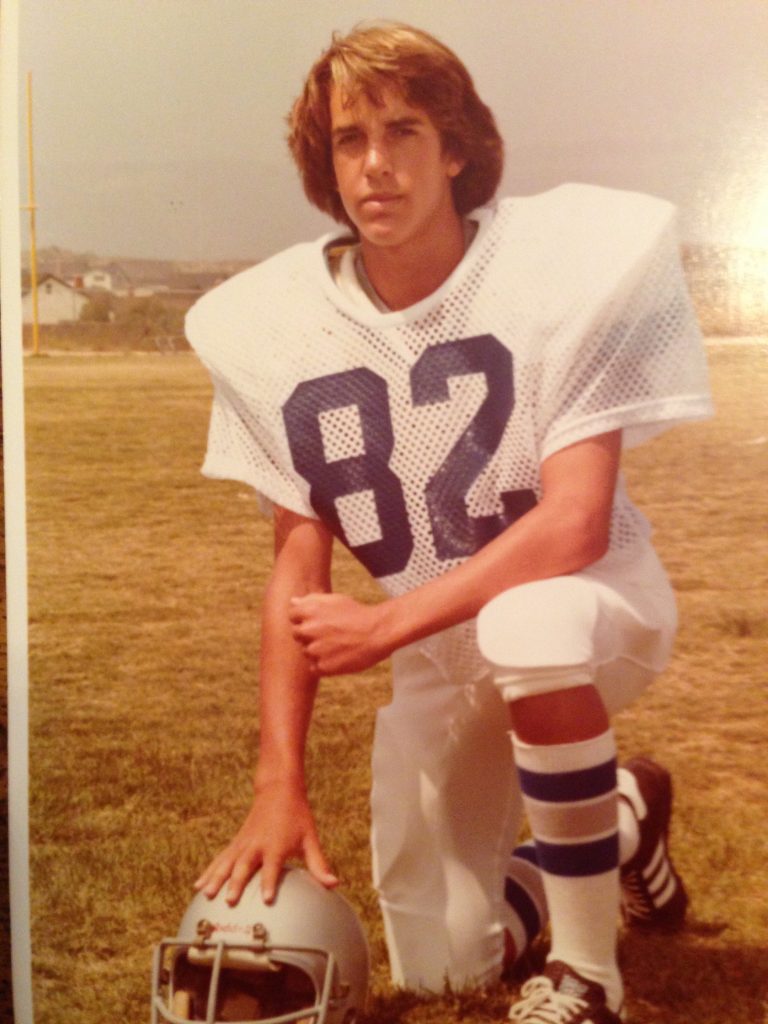 “I was that guy who was trembling at 6 a.m. at the liquor store, and I couldn’t even count my pennies because I was shaking so badly,” Randy told DrugRehab.com. “I was so full of shame buying that bottle of booze, but I had to have it to feel normal. I was that kind of drinker.”

“If I can stay sober, anybody can,” Randy said. “I have the street cred to prove that. You can ask any cop, judge or district attorney.”

Randy’s father left his family when Randy was 12. Around the same time, Randy tried alcohol for the first time. He and his friends stole a bottle of Wild Turkey from a parent’s liquor cabinet.

“All of my other friends were grossed out,” Randy said. “I thought it was gross, too, but I remember the feeling that I got from it. It took away all the pain and the shame that I had from my dad leaving our family.”

He wanted to keep feeling that relief. He made friends with kids whose parents were separated. They were “hardcore partiers.”

“The oldest liquor store in Dana Point, California, sells bumper stickers that say ‘It’s Party Time in Dana Point,’” Randy said. “That was the slogan. It was a party atmosphere. Smoking weed and doing cocaine was kind of the norm.” 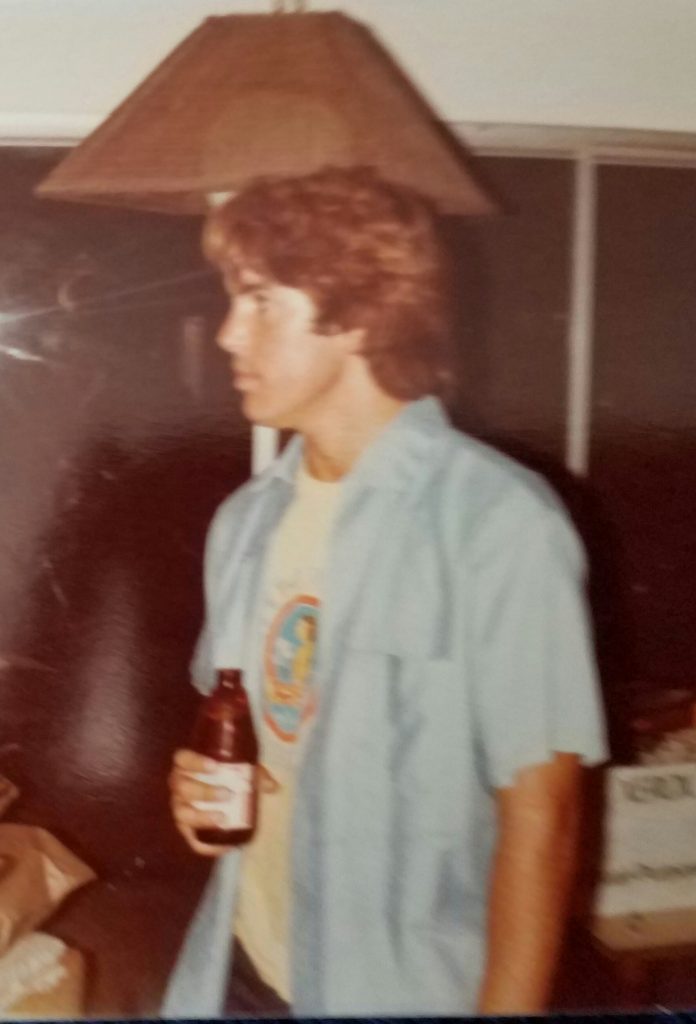 Randy tried marijuana and cocaine for the first time as a freshman in high school. He also made friends with one of his older sister’s boyfriends.

“He was looked upon highly in the community as a partier,” Randy said. “He kind of became my surrogate dad. He was a weed dealer, a drinker and a cocaine guy. I got exposed to that stuff really early in my life.”

But somehow Randy never got in trouble at school or with the law as a minor. His mom was working full-time, but she made sure Randy did his homework and talked to his teachers. She made sure he graduated.

Partying Out of College

Randy’s mom kept him out of trouble until he was 19. He was arrested for driving under the influence twice in a short period of time. The judge looked at Randy’s history and ordered him to go to rehab for 30 days.

“I had known that I was an alcoholic,” Randy said. “When I was 16 years old, I had the shakes in the morning. I had to have a couple of shots of whiskey just to calm the nerves.”

The stint in rehab introduced Randy to Alcoholics Anonymous. He wanted to stay sober when he left rehab, but his focus was on going to work and college. He wasn’t focused on his recovery. His family moved to Newport Beach, and Randy got a job at a car wash.

“I didn’t know it at the time I was hired, but the owner was one of the biggest cocaine dealers in Newport Beach,” Randy said. “I was trying to go to college and working there. He’d get me cocaine all of the time. I was supposed to go to school in the morning, but I’d end up staying up all night on the beach.”

Randy knew he couldn’t be a partier and a student. So he dropped out of college.

‘A Miracle of God’

For the next three decades, Randy’s life went through cycles. He’d struggle to control his substance use. He’d steal to support his addiction. He’d get arrested, get sober, get out of prison and try to rebuild his life. Then he’d relapse. 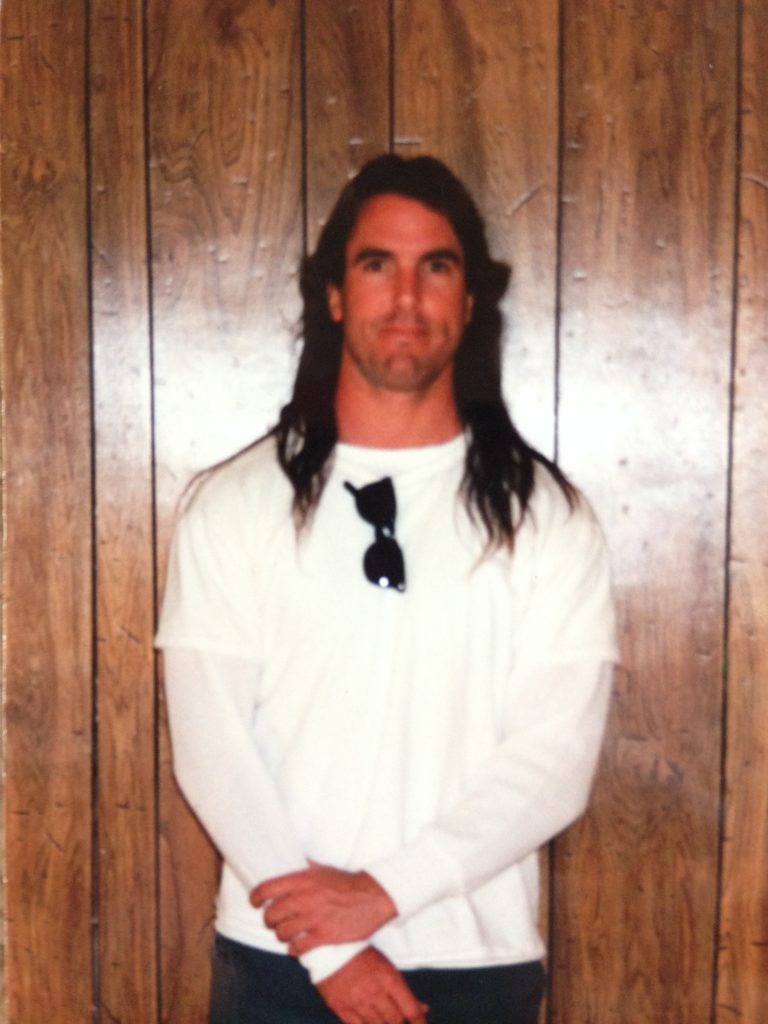 “I have been in and out of detoxes, rehabs and prisons,” Randy said. “I spent 16 years collectively in state prison. I’ve had parole violations. I’ve overdosed. I’ve been in two horrible car accidents. That’s the story of my life.”

Randy’s been arrested numerous times on drug charges, but most of his prison time stemmed from a trio of burglary charges.

California had a three strikes sentencing law. If a person was convicted of the same felony twice, the second sentence would be for twice the amount of the mandated sentence. If they were arrested a third time, they’d be sentenced to 25 years to life.

“I picked up two strikes real quick,” Randy said. “I was looking at 25-to-life with the next one. I actually did pick up the third strike. But by a miracle of God, the district attorney didn’t have the right paperwork at my hearing. They sentenced me as if it was my first strike.”

Each time he’d go to prison, Randy would try to turn his life around. On two separate occasions, he stayed sober for almost three years while in prison. He’d start exercising and trying to work his way toward a good job within prison.

“There’s plenty of alcohol and drugs in prison, but I never used or got high in prison,” Randy said. “I rose real quickly in the ranks. I’d see the other guys who were weirded out on cocaine and meth in prison. I didn’t go that route.”

Randy had a plan. When he got out of prison, he would move into a sober living home. He eventually developed relationships with multiple sober living home owners. They’d give him an opportunity to live for free while he found a job, and he’d eventually pay them back.

“I went to meetings and worked the steps,” Randy said. “But I wasn’t whole-heartedly in the program. I’d meet a woman. She would become my focus instead of my recovery. I’d eventually relapse because I wasn’t staying focused.”

The longest Randy has stayed sober outside of prison is 10 months. At that time, he became so confident that he was in control of his recovery that he went to school to become a drug and alcohol counselor.

“I took a full boatload of classes and everything,” Randy said. “I stopped going to meetings and just focused on college. All of the sudden the cravings came.”

He became overwhelmed with the stress of studying and attending college classes. His mom got sick and mid-terms were coming up.

“It was just too much stress,” Randy said. “Every day on my way home from college, I’d pass a liquor store and a little voice would say, ‘Just go ahead. Take the edge off.’ I finally gave in. The next day I was so full of regret. I’ve done that a million times. And then you’re so full of guilt and shame. That keeps you using.”

His mother passed away, and the cravings got stronger. He was going to college to help others quit using alcohol and other drugs, but he was secretly using again. So he dropped out of school. He started using methamphetamine and spiraling out of control.

During his most recent relapse, Randy had feared for his life. When he used methamphetamine, he felt a sense of foreboding. His last overdose was a wake-up call.

“I’m a Christian,” Randy said. “I really thought that I was going to be condemned to hell for eternity. I was getting freaked out about that. I kept turning my back on God. I thought God would just kind of give up on me.”

He reached out to a pastor who runs a church comprising primarily people in recovery. They talked for two hours, and the pastor referred Randy to a church member who is a retired psychologist. They started meeting weekly, and the psychologist told Randy he should see a psychiatrist.

“I’ve always been standoffish with that,” Randy said. “I never thought I was mentally ill. I just thought I was an alcoholic and a drug addict. But I made an appointment with a psychiatrist.”

“I used to have a lot of problems with cravings,” Randy said. “My cravings were so strong. I’d try to think about something else, but my mind would always come back to the drug or the alcohol. They’d drive me crazy. I’d eventually drink to shut the cravings up.”

Now Randy takes naltrexone, a medication that relieves cravings for alcohol and reduces the pleasurable effects of drinking. He said for the first time since he started drinking, he hasn’t had a craving for alcohol. The thought of drinking occasionally enters his mind, but he’s able to dismiss it.

“My psychiatrist told me that I’m fighting a battle on two fronts, and I don’t need to fight one of those battles,” Randy said. “The cravings are one battle. The other is learning how to live sober. I’ve never really learned to live sober.”

Recovery in the 21st Century

Randy knows he’s in early recovery. He knows he has a history of losing focus and returning to alcohol and other drugs. But he thinks this time will be different. He has more motivators and resources than he had in the past.

“It has just been a radical transformation in 44 days,” said Randy, who had been sober for 44 days at the time he was interviewed for this story. “Forty-five days ago, I thought I was going to die. I was hopeless, fearful and anxious. Today, I’m calm and sober. I have a great network of friends around me.”

He’s been trying to find ways to volunteer his time. He volunteers at church. He volunteered at a concert for a Christian rock band on the beach. He’s trying to share the hope he has by talking to others.

“I’ve never felt this good,” Randy said. “The psychiatrist has me on the right meds. I’m not having high highs or low lows. I’m kind of right in the middle, cruising. I don’t have cravings. I’m working the steps. I’m in Celebrate Recovery.”

Celebrate Recovery is a 12-step program that emphasizes Christianity. It uses principles from the 12 steps developed by Alcoholics Anonymous and the eight Beatitudes in the Gospel of Matthew.

His psychologist has been encouraging him to take a college course in the fall, but he’s going take things slowly this time. His psychiatrist has also encouraged him to try improv comedy because Randy has a naturally outgoing, fun-loving personality.

He started a YouTube channel called, “Randy Unscripted,” where he blogs about his recovery.

“The reason I started the YouTube channel was to document things and keep myself in check,” Randy said. “Then all of the sudden, I started getting comments from other people. One person in particular told me that one of my videos helped them understand how addicts think and it’s helping them deal with a family member.”

He’s also active on Twitter, and he’s been able to connect with others in recovery. He has a core group Twitter followers he interacts with. The online community is another support system he didn’t have access to in the past.

Randy can’t help but laugh when he talks about his recovery. He doesn’t dwell on his past. He celebrates how far he’s come. It’s because of that attitude and the resources he now has at his disposable that this time is going to be different for Randy Kemp.