Rehabilitation facilities and treatment centers in Colorado can help you recover from alcohol and drug addiction.

Our Drug Rehab Center in Colorado 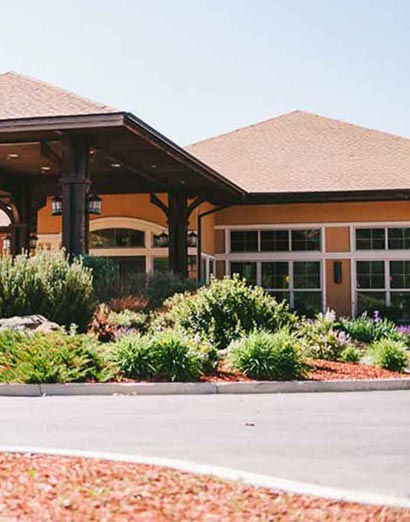 The Recovery Village at Palmer Lake 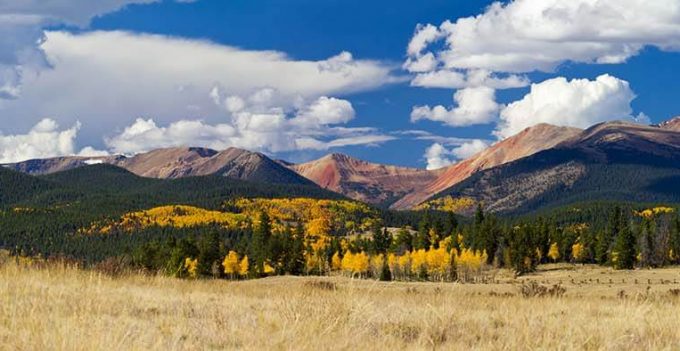 The Opioid Crisis in Rural Colorado 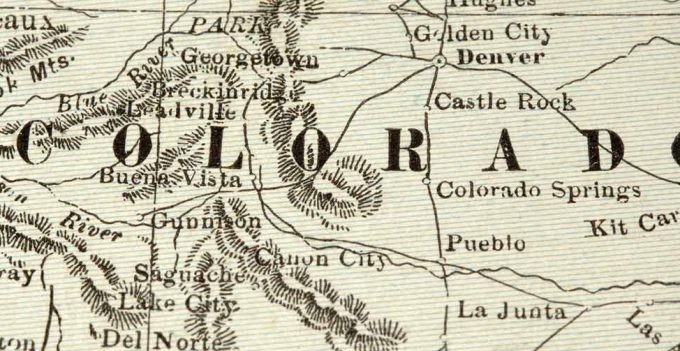 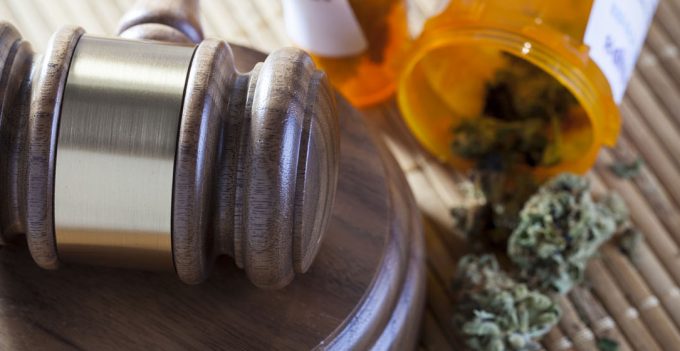 The Complicated Story of Marijuana in Colorado

Learn more about substance abuse in Colorado.Coloradans are top consumers of opioid painkillers, alcohol, cocaine, and marijuana. Get Help Now

Heroin, methamphetamine and marijuana abuse continue to increase in prevalence in Colorado, according to 2013 numbers compiled by the National Institute on Drug Abuse. Marijuana was legalized in 2012 and was second to alcohol in combined rates of treatment admissions, drug-related hospital discharges, emergency department visits, law enforcement positive tests, availability and reported use. According to the same data, prescription opioid abuse increased in Colorado while cocaine abuse declined. Benzodiazepines accounted for less than one percent of treatment admissions. Data regarding new drugs like synthetic marijuana and bath salts was scarce. 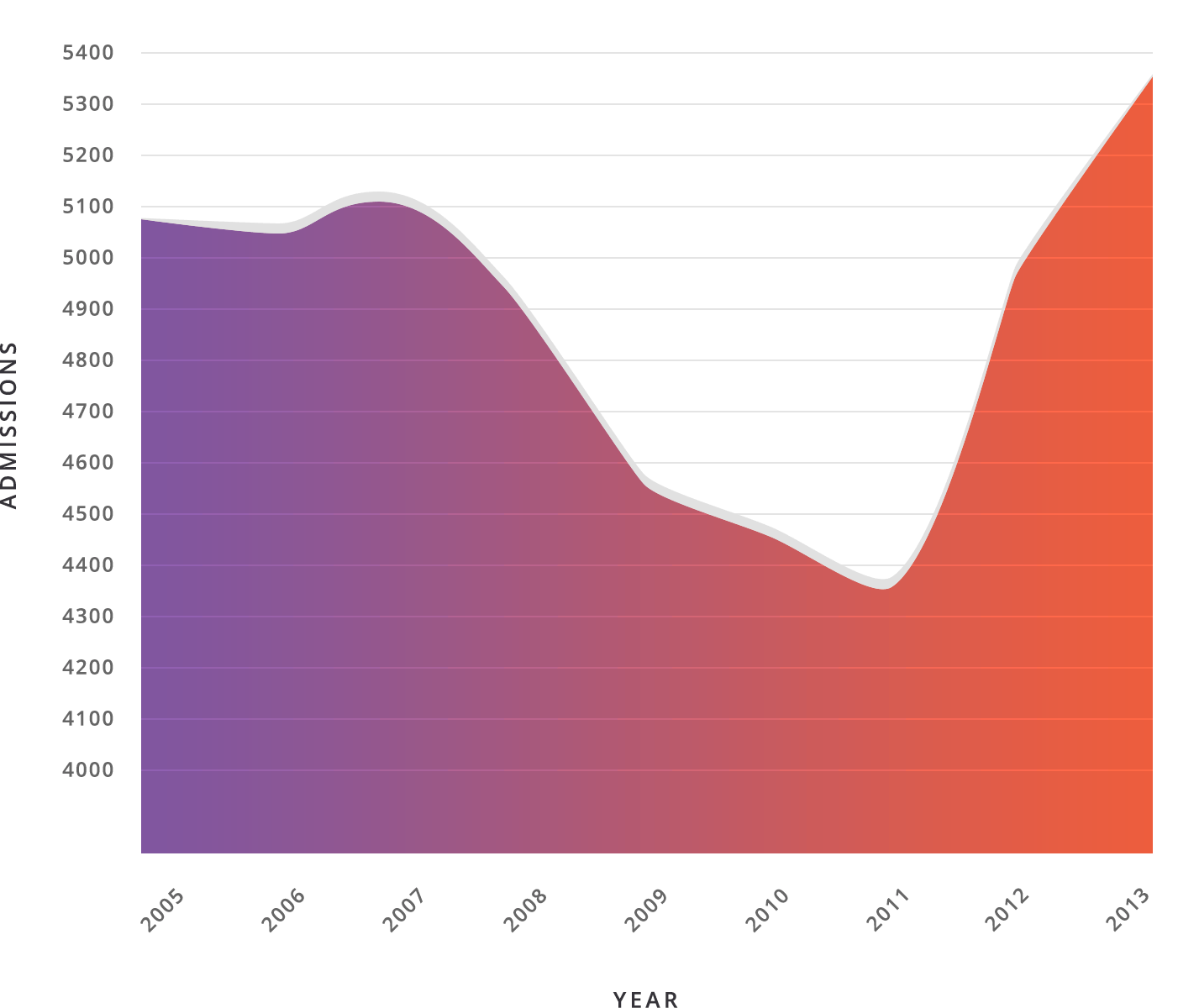 Abuse of methamphetamine and other stimulants increased between 2009 and 2013 after declining from 2005 to 2009. The drugs accounted for the third-most drug-related hospital visits in 2013, an increase from 2012. Crystal meth is the most prevalent stimulant of abuse in Colorado.

Deaths from heroin overdose increased from 91 in 2012 to 118 in 2013, similar to national trends. Heroin treatment admissions have increased in Colorado since 2008. The drug ranks second for the most drug-related causes of death in the Denver and Boulder metropolitan area.

More than 40,000 students from 224 schools took park in the 2013 Colorado Healthy Kids Survey, the most recent survey in the state. The state’s youth substance abuse trends are similar to the national average for drugs like cocaine, ecstasy, methamphetamine, heroin and steroids. Youth in Colorado abuse prescription drugs and sniff glue at lower rates than the national average.

A total of 31 percent of Colorado high school students admitted to drinking one or more alcoholic beverages in 2013.

About 16 percent of Colorado high school students admitted to binge drinking in 2013.

The Colorado Mental Health Institutes at Pueblo and Fort Logan are Colorado’s two state-operated psychiatric hospitals. Under the supervision of the Office of Behavioral Health, the hospitals serve adults suffering from mental health disorders who are referred by community health centers or the state’s criminal justice system.

The Screening, Brief Intervention and Referral grant from SAMHSA funds SBIRT Colorado. The program aims to expand and improve the state’s health care system and to increase recognition of behavioral health care services. The program is geared toward patients suffering from co-occurring substance abuse and mental health disorders.

The state of Colorado provides round-the-clock crisis services in person, over the phone or online. The service helps individuals suffering from mental health, drug abuse or emotional crises. It provides information and referral services in order to provide increased access to mental health services in Colorado.

The Persistent Drunk Driving Act passed in 1998 by the Colorado legislature increases penalties — including fines — for repeat DUI offenders. The money from the fines is allocated to Law Enforcement Assistance Funds to fund programs aimed at preventing drunk driving and educating the public about the dangers of drunk driving. The money can also be used to help pay for treatment for repeat offenders.

The state of Colorado’s Substance Abuse Trend and Response Task Force analyzes trends of drugs abuse and models of drug prevention to develop best practices for preventing and treating substance abuse. The task force develops responses to challenges in the criminal justice system and raises awareness in communities.

The U.S. Drug Enforcement Administration has a number of task forces that try to reduce the prevalence of drug addiction by limiting the amount of narcotics that enter the region. The DEA task forces aim to reduce the amount of drugs distributed through the mail, reduce money laundering activity and reduce state-wide and local criminal activity.

The Colorado Medication Take-Back Program aims to reduce the amount of unused or unwanted medication on the street. Numerous medication drop boxes are located at doctors’ offices, pharmacies, clinics, hospitals and other facilities across the state. The drop boxes do not accept needles or controlled substances, however.
Looking for treatment in Colorado?Connect with us today to find help near you.
Get Help Now

Colorado legalized marijuana in 2012, and marijuana businesses were allowed to open in 2014. Sales from the drug brought in $44 million in taxes in 2014, but there were also negative results from the increased availability of marijuana.

Overall rates of crime throughout the state increased, but it is unclear whether marijuana legalization caused the increase. The number of traffic deaths involving marijuana increased by 32 percent from 2013 to 2014, and police departments claim it’s difficult to determine if someone is driving under the influence of the drug. Marijuana is more easily available among Colorado youth. Drug-related suspensions and expulsions increased 40 percent from the 2008-09 school year to the 2013-14 school year, and the majority of suspensions and expulsions involved marijuana. Additionally, 29 percent of college-age adults admitted to using marijuana in 2013, about 10 percent higher than the national average. 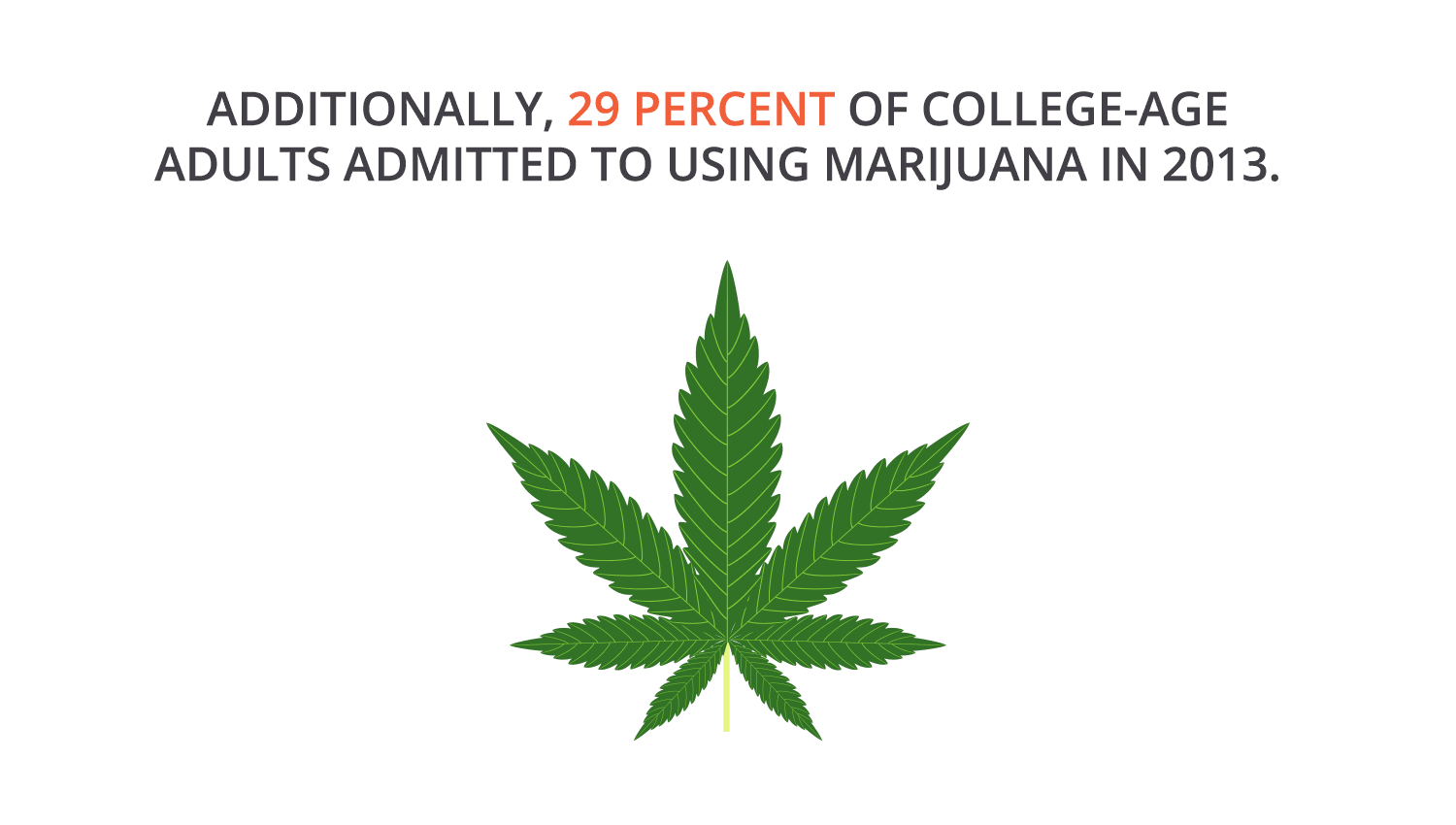 In addition to state-sponsored programs, a variety of nonprofit and volunteer-based organizations in Colorado help fight drug abuse and addiction. 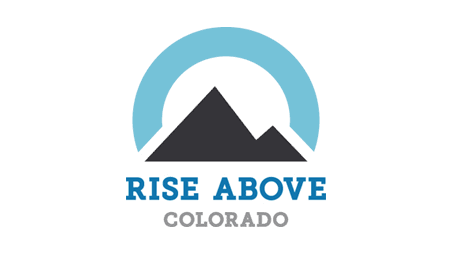 Rise Above Colorado is drug-prevention organization geared toward teens. The goal of the organization is to change teens’ attitudes about drugs and empower them to make health-conscious decisions. The program’s “Not Even Once” meth-prevention project has helped reduce meth use among Colorado teens. 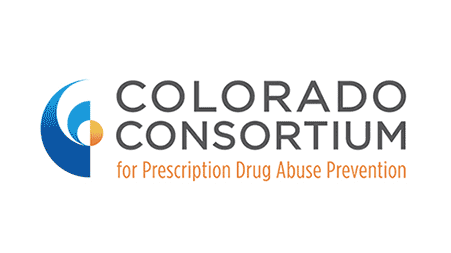 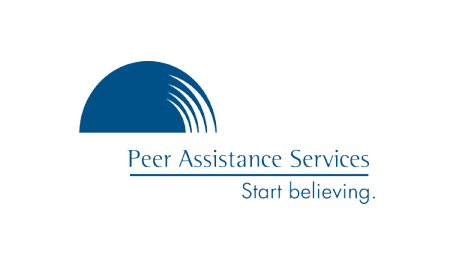 Peer Assistance Services is a nonprofit that provides drug addiction prevention and intervention services for workplaces in Colorado. The program also offers prevention programs and strategies for at-risk populations and works with SBIRT Colorado. 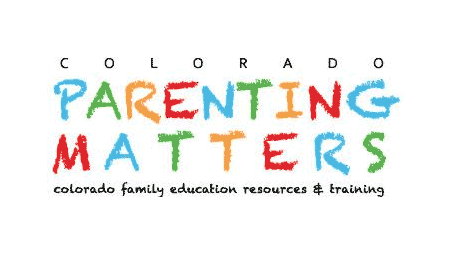 Colorado Parenting Matters provides education, information, resources and support for parents in the state. The organization’s training and educational seminars cover a variety of topics, including facts about drug abuse, drug prevention principles and risk factors for addiction. 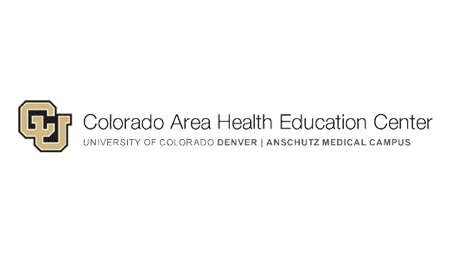 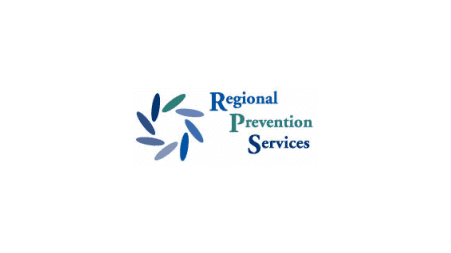 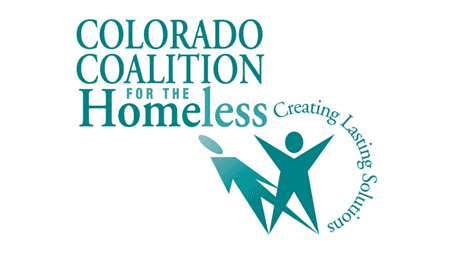 Colorado Coalition for the Homeless

Top Cities to Rehab in Colorado

You can find effective drug rehab facilities throughout Colorado. The state’s major metropolitan areas are home to the most treatment centers, but reputable facilities can be found throughout the state.

You can recover from addiction in the state of Colorado. The state’s programs, support groups and community resources will help you during treatment and recovery. The metropolitan areas in and around Denver are home to numerous drug rehab centers. Other cities and counties throughout the state contain equally reputable facilities for you to choose from.

There are thousands of support group meetings throughout Colorado. 12-step programs like Alcoholics Anonymous and Narcotics Anonymous provide valuable support and guidance for people suffering from addiction. 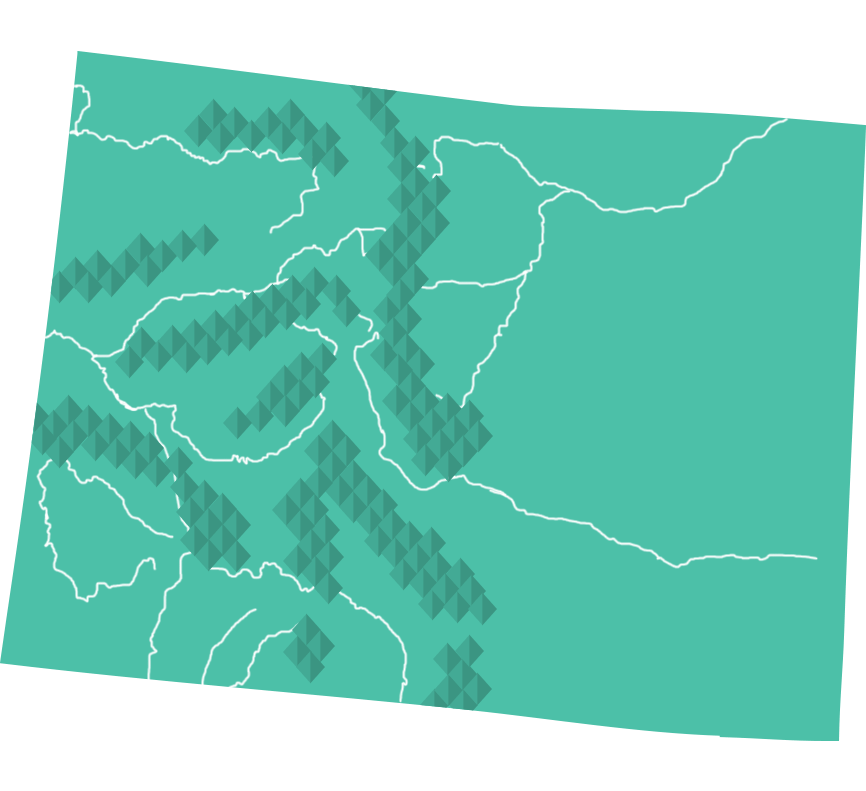