Underage drinking is the most prevalent form of substance abuse among American youths. It's a dangerous behavior that can lead to tragic accidents and a multitude of health problems.
AddictionAlcoholEffects on Families Underage Drinking
Topics on this Page
Topics On this page
Author: Drugrehab.com | Last Updated: 3/02/20 | 8 sources

Sneaking sips from a parent’s liquor cabinet and getting drunk for the first time are sometimes seen as rites of passage during adolescence. But the excitement of these experiments with alcohol can lead to tragic consequences. Underage drinking impacts a person’s likelihood of developing lifelong habits of alcohol abuse.

5,000
Approximate number of people die alcohol-related deaths every year
189,000
ER visits in 2010 involving alcohol use in people under 21
29
Percent of 12th-graders who engage in binge drinking
14
is the average age that people first try alcohol.
11
Percent of all alcohol in the U.S. is consumed by people aged 12 to 20

It can be difficult for teens to resist the allure of alcohol. Almost 2.3 million Americans between the ages of 12 and 17 report drinking alcohol each month, according to the latest National Survey on Drug Use and Health published in September 2017.

About 6.7 million youth in the same age group say that they’ve tried alcohol at least once during their lifetime. That means more than 9 percent of American teens drink once a month and almost a third of U.S. adolescents have tried alcohol before they turn 18.

By 12th grade, 45 percent of teens say they’ve been drunk at least once in their life, according to the Monitoring the Future survey published in January 2018.

45 percent of 12th-graders have been drunk.

Teenage drinking statistics show that young people who drink often binge drink. In 2016, 1.2 million Americans between the ages of 12 and 17 reported binge drinking in the past month.

Underage drinking causes thousands of car accidents, arrests, hospital visits and premature deaths. It can lead to alcohol addiction, and it gets countless teens in trouble at school and with the law.

Although ad campaigns and nonprofit groups warn teens about the dangers of drinking alcohol, the intrigue of getting drunk continues to influence millions of curious young minds.

Looking for Help?
Let us help you find treatment specifically catered to teens.
Get Help Now

For decades, alcohol use has been broadcast and encouraged by media and advertisements. Whether in beer commercials during football games or full-size ads on billboards and in magazines, teens are marketed alcohol. It’s also the most depicted drug on television shows.

For impressionable high-schoolers and middle-schoolers, exposure to alcohol ads makes the idea of drinking seem fun and exciting. The potential dangers of alcohol get overlooked.

The intrigue of breaking the rules may lead to teens to drink, and teens may think drinking alcohol makes them look cool or mature. At parties and other social drinking situations, teens may feel pressured to drink. 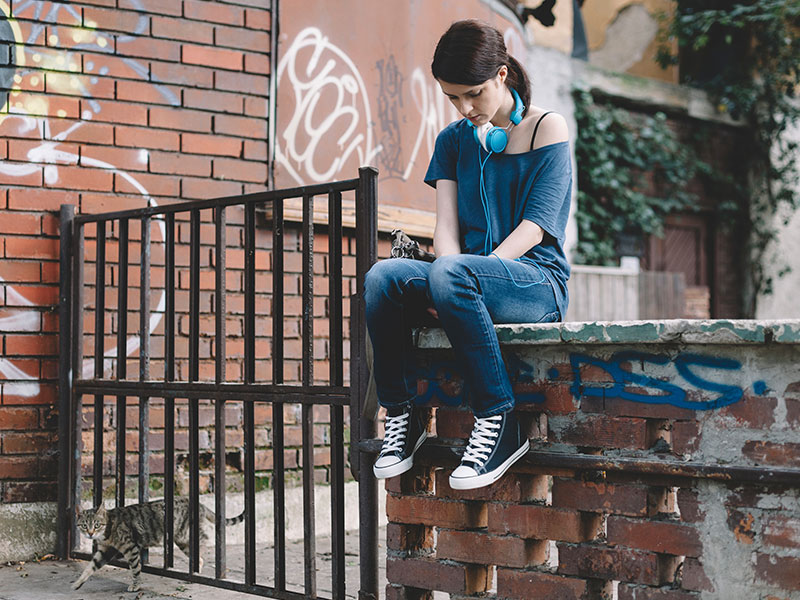 The stresses of teenage life also play a role in alcohol use. Teens may drink to cope with trouble at home, failing grades, anxiety and stress from new responsibilities. While some teens drink alcohol for fun, others view it as an escape from their problems. Using alcohol to relieve stress may increase a teen’s risk of developing alcohol problems.

Drinking alcohol, especially in large amounts, presents even more risks to underage drinkers as it does to adults. Alcohol poisoning sends thousands of kids to the hospital each year. Operating a car after drinking creates a hazard for everyone on the road, sometimes resulting in tragedy. Additionally, getting caught drinking as a minor can land you in hot water with the law, your school and your family.

On top of all this, research shows a correlation between teenage drinking and diminished brain development. Teens suffering from alcoholism show a diminished capacity for memory, attention, focusing and exercising spatial skills.

Other risks of underage drinking include:

One study by the National Institute on Alcohol Abuse and Alcoholism revealed that 47 percent of people who begin drinking before age 14 become alcohol dependent at some point in their lives, but only nine percent of those who wait until 21 develop a dependency.

Because of the risks associated teenage alcohol use, underage drinking is never OK. Parents and guardians should never supply teens with alcohol. Even if drinking is supervised, they may be setting them up for failure later in life. Giving them nonalcoholic beverages may also send the wrong message by implying that drinking isn’t a big deal.

With our busy lives and overlapping schedules, it’s easy to lose sight of your teen’s social life and to miss signs of problematic behavior. Young people often keep secrets and cover up their habits. But considering the risks involved with underage drinking and the ever-growing statistics of use among teens, it’s important as a parent to keep an eye out for telltale signs that alcohol may be affecting your child’s life.

Signs of underage drinking include:

For parents, balancing concern for your children and respect for their independence can be a tricky task. Nobody wants to accept the idea that their teen may be abusing alcohol or risk damaging their relationship to find out if they are.

If parents observe any warning signs for underage drinking, it may be time to approach them. Parents can address underage drinking by establishing clear rules, explaining the risks of underage drinking and following through with punishments for violating the rules. It might save their child’s life.

Learn more about how parents can address substance abuse

Once they make the personal decision to get better, teens with a drinking problem can receive help from a number of outlets. Each case is unique and, depending on the severity of the problem, may require a combination of support services. 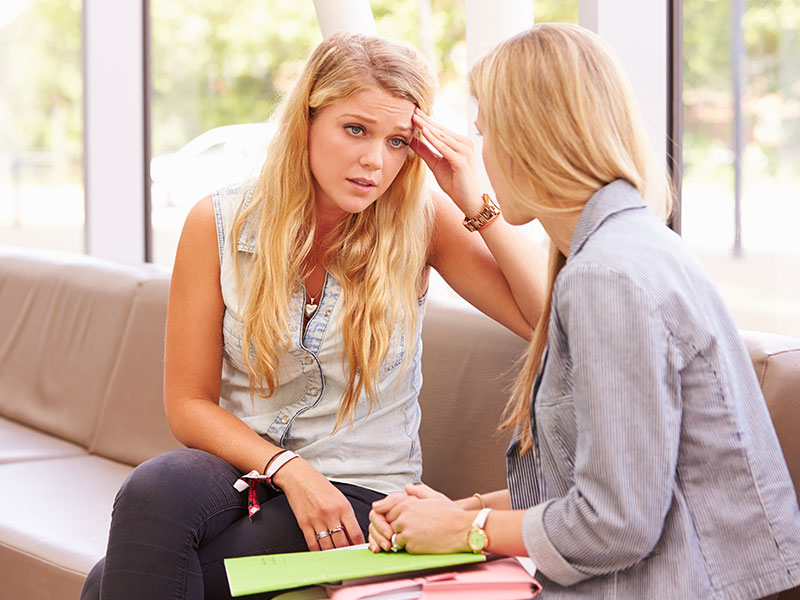 It’s not easy for teens to admit they have a problem, let alone to an adult at their own school, but guidance counselors often form rewarding relationships with students that can positively influence their alcohol recovery. Regular meetings with a counselor can be an easy and free way for an underage person to discuss their drinking habits and hear honest and judgment-free advice as they work toward kicking the habit.

Millions of people with substance problems, spread all around the world, attend free meetings at community support groups. The largest and most well-known group, Alcoholics Anonymous, welcomes anyone dealing with alcohol abuse and walks them through the 12-Step recovery model. Attending meetings presents the opportunity to meet others struggling with addiction and form friendships that can last a lifetime. This camaraderie can be an invaluable alcoholism resource for teens whose troublesome drinking has damaged their self-esteem and their relationships with friends or family.

When teenage drinking evolves into a serious problem, professional treatment may be the best hope for recovery. Residential treatment and rehab facilities, such as Next Generation Village, offer a safe place to stay as personalized treatment plans are developed and worked through by the well-trained staff. Many teen-focused treatment centers exist, in additional to the thousands of facilities designed for all ages.

A typical regimen at alcohol rehab involves a period of detox, followed by therapy and counseling for alcoholism that’s proven to mold and improve behaviors related to drinking. Several facilities offer outpatient treatment as well.

However they choose to get it, help is available for teens fighting an alcohol problem. The risks of abusing alcohol as a teen are far too great to ignore.